February 4, 2019 - An Hour with Actor and Author, Patrick Kilpatrick

An hour with Patrick Kilpatrick is a glimpse into the world of Hollywood greats,  the art of villainry, stunts,  the scenes behind the scenes. He talks about his foray from writing to the silver screen, who he encountered along the way, from Sean Connery to Tom Cruise to Naomi Watts.  Sit back and enjoy a truly entertaining and enlightening show. 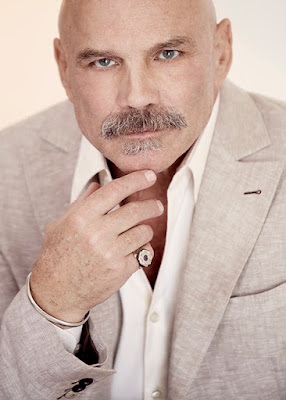 "Although elegantly revealed, Dying For Living rips through social norms without regard to sensibility or political correctness," explains Kilpatrick. "Plot lines - murderous bi-polar assaults by an adulterous mother, privileged education amidst pastoral splendor, and American Revolution patriotism. Also included, bi-racial affairs and incendiary politics… not to mention, a near fatal car accident, motorcycle crashes, and a global vision for 21st Century America".

Having dominated the silver screen for three decades with appearances in more than 170 hit films and television programs as a lead actor, producer, screenwriter, director, 'Movie Black Belt' and entertainment teacher, Kilpatrick's latest role of acclaimed author is an exhilarating progression for the action-industry titan. With a covertly assembled treasure trove of insider intel gleaned through this accomplished Hollywood resume, the genteel 6'2" star deploys wicked insights to provocative use throughout these penetrating memoirs.
"Almost universally, all great movies and books possess romance, eroticism, war in its many forms, redemption, laughter, pathos, death, tragedy and action," Kilpatrick continues. "For those of you lusting, salivating, wishing and hoping for unvarnished, inglorious, and heroic behind-the-scenes elements of Hollywood, I boldly refer you to Dying For Living".

A cinema hero with a heart, Kilpatrick will be donating a percentage of his book sales to the Disabled American Veterans, a 100-year-old organization devoted to servicing disabled warriors.

The Kindle Edition of Volume 1 of DYING FOR LIVING – Sins & Confessions of a Hollywood Villain & Libertine Patriot, is available to purchase now on Amazon. 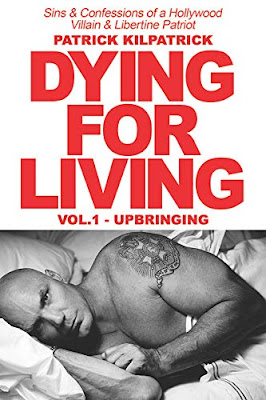 Posted by Epicure Traveler at 11:18 AM