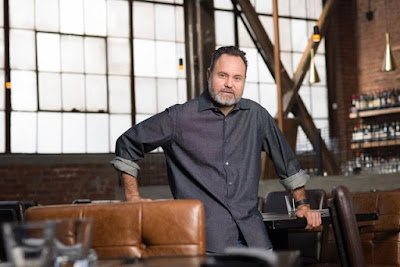 Architect Christopher Mercier, AIA, left Frank Gehry’s Gehry Design Group in 2002 to establish his own architecture practice to create (fer) studio: Form, Environment Research. Their goal: to design contemporary spaces for creative clients, and to re-imagine and re-purpose existing structures, preserving their history and character while adapting them to modern use.

In projects large and small, (fer) studio has designed upscale homes, hotel and hospitality projects, academic and industrial buildings; they even have plans for a large-scale community development called Cedros Market, near San Diego.

Based in Inglewood, California, (fer) studio is at the epicenter of a new wave of urban renewal and restoration. The architecture firm is part of a surge of urban explorers (and intrepid investors) including many writers, artists, designers and entrepreneurs who have discovered the city in their search for affordable live/work spaces and brick-and-mortar retail storefronts.

Mercier wants (fer) studio to be an active and vital part of the community’s transformation. “We want to be part of the re-development of Inglewood,” he says. (fer) studio has consulted with the Mayor of Inglewood and other city officials. “Part of the problem has been that it has no sense of place, no sense of identity,” Mercier explains. “We want to take this place, which has a lot of potential- -good scale and walkability, and bring in a transit hub. If people live, work and shop in a community, it is healthy.”

(fer) studio is staffed by 14 architects, and divides its talents between residential, commercial and hospitality projects.  (fer) studio has designed two well-known local restaurants, Father’s Office in Culver City and Connie & Ted’s in West Hollywood. They are the architects behind, the newly opened Officine Brera, an Italian restaurant in downtown Los Angeles’ arts district. Officine Brera is housed in a 1920s industrial building that once was home to the Gas Company. “Officine Brera is a mixture of adaptive reuse set against the influx of a new contemporary geometry that fuses together,” says Mercier.

(fer) studio brings the same design philosophy to its residential projects as well, designing houses for clients in Venice Beach, Fullerton, California, La Canada Flintridge, Santa Monica, and Mulholland Estates in the Hollywood Hills.
“It varies from year to year, but our practice usually breaks down to 20 to 30 percent residential, 20 to 30 percent hospitality, and the rest creative office spaces,“ says Mercier. Some of the “creative office spaces” they have designed include a new lobby and reception area for noted business woman Sunnie Kim’s Hana Financial in downtown Los Angeles, and Smashbox Studios in Culver City.

Other recent or currently developing projects include The Hayden, a 30,000 square foot creative office adaptive reuse project in Culver City in the Hayden Tract.

(fer) studio strives to combine environmental sensitivity and trend-setting vision in every project, no matter how large or small and develop a dialogue between interior and exterior space that morphs through the façade.” 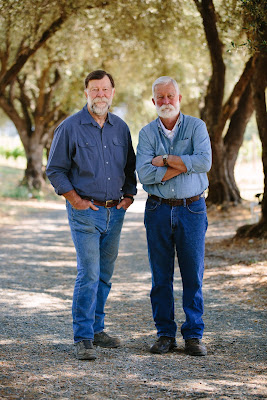 In May 1971, with a partnership of family and friends, Stuart Smith bought the ‘terroir’ which today is Smith-Madrone Vineyards & winery. He was 22 years old and had just received his B.A. in Economics from UC Berkeley in 1970 and was taking classes towards his Master’s in Viticulture & Enology at UC Davis. In trying to find land to plant vineyard in the Napa Valley, through a family friend he explored a forest on the remotest and highest part of Spring Mountain and discovered that the land had been a vineyard in the 1880s and in fact had been part of the wagon trail route between Napa and Santa Rosa. Today he is respected for his expertise and leadership as a mountain vineyardist.

Stuart was born and raised in Santa Monica.  Every summer during college, from 1966 – 1970, he worked as a lifeguard on the beaches in Santa Monica. He started at Tower #1 just north of POP Pier, spent some time at the tower just south of the Santa Monica Pier (Muscle Beach) and later spent most of his lifeguarding time north of the Santa Monica Pier.  One summer Stu worked on the rescue boat and became friendly with the boat’s operator, Lt. Tommy Zahn.  Tommy was a legend in the surfing world and also famous for winning the Honolulu-Molokai paddle board race twice, first at age 20 and then again at age 40.  Tommy was also famous as Marilyn Monroe’s true love. In 1971 the Santa Monica Lifeguards were folded into LA County’s lifeguard program.

While pursuing his master’s at UC Davis, Stuart was the Department’s first teaching assistant, for wine industry pioneers Maynard Amerine and Vernon Singleton.  He taught Viticulture and Enology at Santa Rosa Junior College and Napa Valley College; he has chaired the 1986 and 2006 Napa Valley Wine Auctions.  He is an active member of the G.O.N.A.D.S. (the Gastronomical Order for Nonsensical and Dissipatory Society), a group of Napa Valley vintners who started getting together for monthly lunches in the 1980s. He served on Napa River Watershed Task Force for several years, appointed by the Board of Supervisors; in 2006 he was appointed again by the Board of Supervisors to sit on Napa County General Plan Steering Committee, responsible for updating Napa’s General Plan, a three year project. Stu also serves as auctioneer for an Omaha (NE) charity auction every year.

Stuart served as Scout Master for St. Helena’s (Boy Scout) Troop 1 for many years and continues his involvement as Troop 1 Committee Chair. He is an avid canoeist, having canoed through the Quetico Wilderness in Canada many times and often canoes the Klamath, Trinity and Eel Rivers in California. He has five children and two grandchildren; the family includes a photographer, beekeeper/artist, management information specialist, winemaker, wine marketer and college freshman.

Napa Valley, May 2018 --- Napa Valley Vintner Stuart Smith has created a blog to be an online home for all of the materials supporting No on C, www.stopmeasurec.com.
“In my nearly 50 years of living in Napa Valley I’ve never seen a ballot initiative which has become so divisive in our community,” he explains. “My goal is to bring facts, articles and science to bear on the many issues that are applicable not only to Measure C, but to a better understanding of how our environment functions.  Hopefully, those who support Measure C will find the information thoughtful and challenging,” he says.
Smith will be adding additional updates and links until the election in June.
Sections on the blog include: 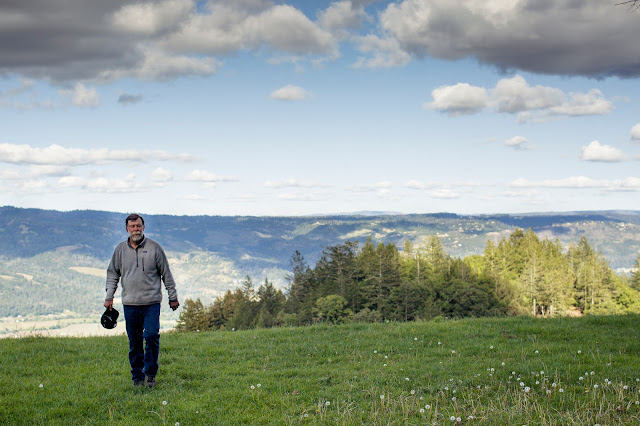 Posted by Epicure Traveler at 6:08 PM No comments: 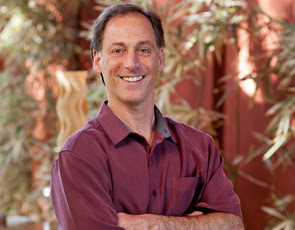 Dr Brad is a recognized leader in Integrative Medicine, Lifestyle Medicine, corporate health, and is an experienced physician, educator, and healthcare innovator.

Dr Brad is Founder and Director of BlueWave Medicine with offices in the award-winning Cavallo Point Lodge in Sausalito, San Francisco and Silicon Valley. His practice is rooted in providing committed individuals comprehensive, personalized, and technology-enabled healthcare. This approach utilizes the best of conventional, genomic, lifestyle, and alternative medical practices. He enjoys helping patients improve their vitality and joy on a day-to-day basis, as well as optimize health and well-being through applying his training and experience in conventional medicine, functional medicine, acupuncture, herbal medicine, and lifestyle medicine including nutrition, fitness, and mind-body practices, in collaboration with the fantastic BlueWave Medicine multi-disciplinary health professional team.

In addition to his dedication to patient care, Dr Brad leads executive health and corporate health retreats and workshops. A sampling of clients includes Google, PepsiCo, Gap Inc., Lilly Pharmaceuticals, PG&E, Stanford Business School Beacon Program, Harvard Business School Executive Education program, and UCSF and Stanford medical schools. He is Chairman of the Board for the Academy of Integrative Health and Medicine and a Board member for Milagros de Mexico. He was founding Chair of the Medical Advisory Board for Pharmaca Inc.

He has served as Endowed Professor and Founding Medical Director for the UC-San Francisco Osher Center for Integrative Medicine where he also taught as an Assistant Professor. Previously, he was co-founder and SVP Clinical Affairs at Mytrus Inc. and served as Senior Medical Director at Revolution Health Networks.

Dr Brad has published peer-reviewed journal articles, book chapters. He is also senior author of The American College of Physicians (ACP) Evidence-Based Guide to Complementary and Alternative Medicine and a co-author of “The Anti-Inflammation Cookbook: The Delicious Way to Reduce Inflammation and Stay Healthy.”

Dr. Brad is board-certified in both Internal Medicine and Integrative Medicine. He is a Diplomate of the American Board of Integrative and Holistic Medicine (ABIHM). He graduated from Stanford University School of Medicine and received a Master’s Degree of Public Health from University of California at Berkeley. He completed his Internal Medicine Residency and General Medicine Research Fellowship at University of California, San Francisco (UCSF); Spine Medicine training at Kaiser Permanente; and 5-element and medical acupuncture training at the San Francisco School of Acupuncture and University of California, Los Angeles, respectively. He has also studied functional medicine, herbal medicine, nutrition, fitness, stress management, and is a life-long student of yoga and martial arts.

He is married with 2 children and enjoys playing in the outdoors skiing, mountain bike riding, and surfing. 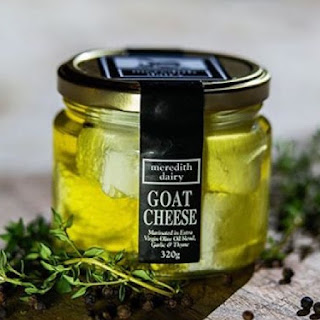 Meredith Dairy is an on-farm enterprise, milking sheep and goats year-round to make specialty cheeses and yoghurts.
Up until 1990 farming at Meredith focused on beef, prime lamb and wool production. When the reserve price for wool was discontinued in the 1990s, the sheep industry collapsed. To stay viable it was necessary to search for alternative farming systems, in particular, options that involved value-adding primary produce and which offered a sustainable income, irrespective of global commodity prices.
The owners, Sandy & Julie Cameron extensively researched animal husbandry, sheep and goat milk production and cheese-making techniques. Two years later the Meredith Dairy factory was built on the farm. The farming activities now concentrate on supply of inputs for the dairy animals including growing grains and fodder.
Sandy, a qualified Veterinarian who received his doctorate in philosophy in 1985, has focused his research in sheep & goat reproduction, particularly in year-round production. Ongoing research and development enable continual improvement to farming systems, final products and sustainability.

Meredith Dairy is located at Meredith in Victoria, Australia approximately 100km west of Melbourne. Along with Dairying, the farm grows wheat, barley and other grains for the dairy animals.
Note: Meredith Dairy does not grow GMO crops.
On the farm there are remnant native grasslands, Australian native bush, and wetlands. These areas are protected within the boundaries of the farm. Tree plantations & revegetation of native plants have been established to shelter stock and promote biodiversity. Biodiversity surveys have identified significant flora & fauna including; Kangaroos, koalas, platypus, numerous birds and reptiles as well as vulnerable or endangered native plants.
The Cameron family are acutely aware of climate change and its consequences. Farm activities must be sustainable to ensure the dairy remains viable. 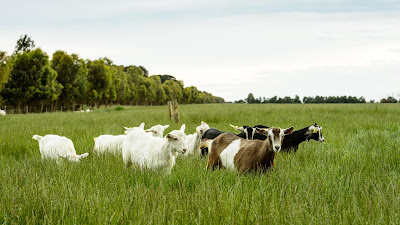