Slow Living Radio celebrates achievements in sustainability in winemaking with the 2013 winner of the Botanical Research Institute of Texas, Yalumba Wines of South Australia.

The Botanical Research Institute of Texas (BRIT) is thrilled to announce Australia's oldest family owned winery, Yalumba is the 2013 recipient of the International Award Of Excellence in Sustainable Winegrowing competition. An internationally recognized award, wineries from around the world submitted applications documenting their sustainable programs with Yalumba being the clear winner.


This award further cements Yalumba's success as a globally recognized leader of sustainability, something that is incredibly important in all facets of their business. Yalumba is the first international winery to win this award since its inception. 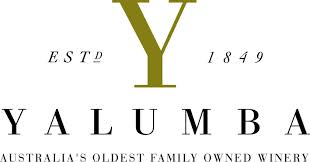 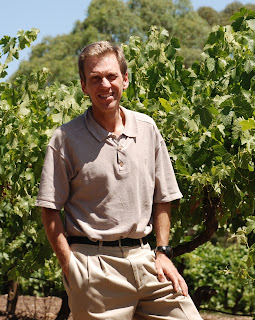 Cecil Stephen Camilleri was born and bred in Malta and currently holds the position of Manager (Sustainable Wine Programmes) at The Yalumba Wine Company. He graduated from London University in the field of plant sciences and went on to complement his applied botany degree with a masters in agricultural economics. He furthered his professional training at Deakin University (Australia) where he was awarded a post-graduate honours in rural development.


Yalumba is a part of the Negociants USA Portfolio
Negociants USA is an importer of premium Australian and New Zealand Wines of Provenance. All the brands are multigenerational and producing premium wines that display wonderful regionality and varietal character.  They represent some of Australia's icons and highly sort after brands such as Yalumba, Jim Barry Wines, Henschke, Giaconda, Vasse Felix, Wirra Wirra, Jansz Tasmania, Pewsey Vale and Langmeil. Together they represent over 20 generations and over 500 years of winemaking.
Botanical Research Institute of Texas 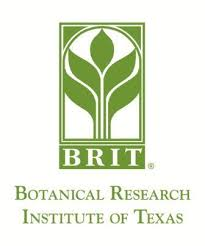 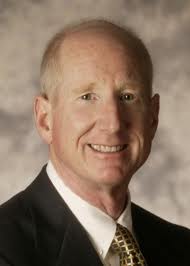 Since 2010, Chris Chilton has been the Director of Marketing and Public Relations of the Botanical Research Institute of Texas (BRIT). In that position, Chris’s key functions are raising awareness of the Institute both within the United States and abroad and increasing its membership base.
Skilled in creating and managing environmental and non-profit marketing programs, Chris’s activities at BRIT range from handling the marketing for BRIT’s highly touted move into its new LEED Platinum certified headquarters; to building awareness for its international awards program and managing the application processes; to building alliances with similar minded organizations, and promoting the merits of sustainability and conservation.


V. P. and Director of Research 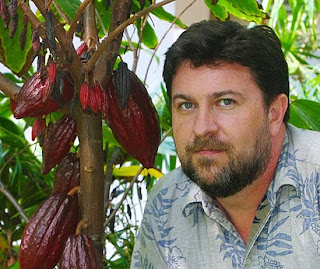 Dr. Will McClatchey, oversees BRIT Research, which includes the herbarium (plant collections), biodiversity informatics, publications and the library as well as multiple research projects.
The author of numerous scientific articles, Dr. McClatchey’s research addresses hypotheses about the evolution of patterns of human interactions with plants and ecosystems.  He has extensive research experience in the South and Western Pacific regions on questions combining plant systematics, biogeography, and ethnobiology.
McClatchey was recently received the Distinguished Economic Botanist Award from the Society for Economic Botany for his roles as an accomplished teacher, mentor, and advisor. 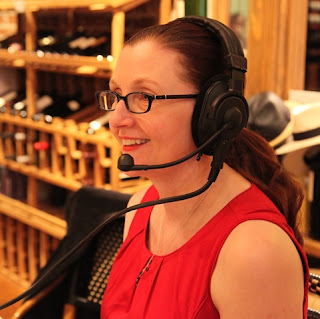 Growing up in rural settings in the southeast United States, Melissa learned at an early age to appreciate the natural environment around her.  After studies at the University of Montevallo outside Birmingham, Alabama, Ms. Mitchell moved to Europe where she worked as a counselor with the US Army and Allied Forces as well as President of the Berlin American Women’s Club.  Among their many activities, the Club was involved in helping the children of Chernobyl as well as working to reunite parents separated by the former East German regime with their mentally disabled children.  Following that, she worked with the late Ambassador Richard Holbrooke and the US State Department in organizing volunteer activities for then President Bill Clinton’s July1994 visit to Berlin. 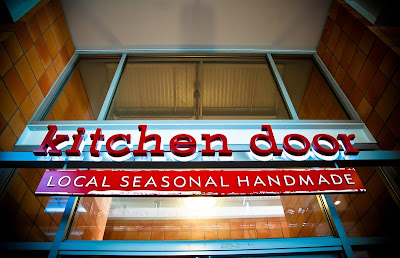 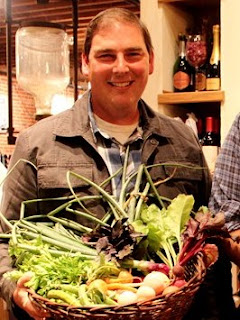 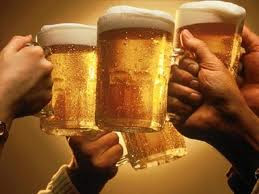 
The Trappist is a specialty beer café conceived by partners Aaron Porter and Chuck Stilphen, with the goal of bringing the finest beer available all under one roof. Their beers are served properly at the correct temperature and in the correct glass led by cicerone-certified staff. Their bottle list features a rotating stock of approximately 100 Belgian, Dutch, Scandinavian and American craft brews as well as 28 rotating taps which feature Belgian, local (California), and several specialty micro brews from the US. There aren’t any big corporate brews to be found; just the finest artisan beers. Trappist Chef Anthony Roark has crafted a menu stocked with beer –friendly dishes that enhance the experience or can be enjoyed on their own.


Located in an 1870's Victorian building in downtown Oakland, the design is reminiscent of Aaron and Chuck’s favorite pubs in Belgium and the Netherlands. The spacious interiors are separated into three areas: the main bar, back bar and patio bar. Each area has its own rotating draft list.


The Trappist is open 7 days a week from 12:00pm – midnight on Sundays through Thursdays and from 12:00pm- 1:00am on Fridays and Saturdays with the exception of Thanksgiving, Christmas Eve, and Christmas day.


The Trappist is at 460 8th Street between Broadway and Washington. For more information about Trappist and its various beer events and releases, call (510) 238-8900. 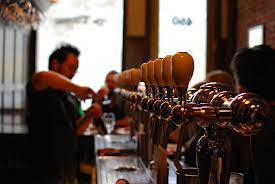 
Aaron Porter and co-founder Chuck Stilphen are long-time friends with a common passion for beer. Together they own and operate The Trappist and the recently opened Trappist Provisions, specialty beer bars both located in Oakland, California. Established in 2007, The Trappist is consistently rated in the top 50 beer bars in the world according to RateBeer, a worldwide consumer web site dedicated to craft beer and the craft beer culture.


The vision for The Trappist and Trappist Provisions extends beyond the establishments themselves. Aaron and Chuck have hosted collaborative beer dinners with acclaimed Chef Dominique Crenn at Atelier Crenn and at Chef Daniel Patterson’s Haven, as well as Chef Dave Cruz formerly at Ad Hoc. They partner with renowned artists Jan Håkon Robson and John Casey on merchandise design, develop exclusive house-beers with renowned master brewer Jeppe Jarnit-Bjergsø of Evil Twin Brewing, and actively participate in the Copenhagen Beer Celebration and The Festival--two of the premiere beer festivals in the world.


Aaron lives in Oakland with his wife Adriana and is excited to be a new dad: they recently celebrated the birth of their twins in July. 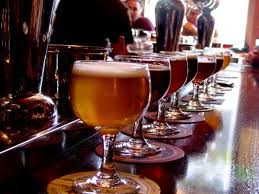 
A 10 year veteran of the craft beer industry, Ray Hsieh started off as a bartender while earning his English degree at UC Berkeley. In between classes he worked at Triple Rock Brewery in Berkeley, CA, one of the first 3 brewpubs to open in the state of California. Ray joined the Trappist family in August 2008, about 8 months after opening the flagship Trappist in downtown Oakland. He transitioned to management a little over 3 years ago and now oversees the entire day-to-day running of the bar and works closely with the owners to establish long term beer programs, as well as Chef Anthony Roark in the evolution of its menus.


Stephen Laborde’s interest in beer and beer making started at a very young age.  When he was 11 years old, he hung out at a friend’s house watching his father make a batch of home brew while tasting sips of his previous batch. Fast forward to the high school years and the beginnings of the micro-brew revolution and Stephen knew he was hooked.  While his friends were drinking Stroh’s or whatever was the cheapest thing they could get their hands on, he was enamored with the likes of Anchor Liberty, Sierra Nevada and St Stan’s.  With fake ID in hand he would become a regular at Judy Ashworth’s Lion’s Brewery in Dublin (the first great tap room in the Bay Area) trying every new beer they had and asking as many questions as the bartenders could tolerate.


Eventually Stephen took a stab at home brewing under the guidance of the head brewer at North Coast Brewery in Fort Bragg, CA.  Although the beer he made was undrinkable, his fascination for beer continued to grow. But hobbies and drinking pastimes were no way to earn a living so he turned to wine. Stephen worked in wine shops, attended restaurant tastings and eventually became sommelier at Farallon Restaurant in San Francisco.  After eight years, he moved to the wine distribution side of the business working for a Bay Area based wine importer/marketer.


While taking a break from the corporate world, a chance meeting with Master Cicerone and Trappist bartender, Nicole Erny, at a local watering hole led him to his new career and true calling. Nicole suggested taking some daytime bartending shift at the Trappist. What started as a short stint to further his knowledge of beer became a 2 ½ year gig.  Hearing of owners Chuck Stilphen’s and Aaron Porter’s intention to open a smaller venue in Rockridge, he jumped at the chance and was selected to lead the Provisions’ opening team.


Since opening in January 2013, Trappist Provisions has already become a big hit with the craft beer crowd as well as its neighbors in Rockridge.


Born in San Jose California, Chef Anthony Roark’s love of beer led him to The Trappist, where his carefully crafted menu is carefully and thoughtfully designed to enhance the beer experience and vice versa. Highlights include a large selection of charcuterie, cheeses and specialty dishes such as “Green Eggs and Eggs” which includes gently boiled eggs, white soy, wasabi tobiko, Japanese mayonnaise and Habanero oil; seasonal salads such as the Stone Fruit Salad composed of little gem, yellow peach, white nectarine, red plums, avocado and fromage blanc dressing; hearty sandwiches like the signature Trappist Reuben made with Zoe’s pastrami brisket, Emmentaler, house dressing with sauerkraut on rye. Anthony has ensured that desserts receive equal billing with items such as sour ale chocolate mousse and a green tea –citron panna cotta. Each item on the menu reflects his love of beer --stouts, saisons and prairie ales, in particular.


When relaxing away from cooking, Anthony spends his time with his wife and Battle, their 9 ½ month old baby boy. They enjoy watching futbol, eating pupusas, and absorbing anything Japanese together.