It’s California Wine Month again, and we have a fabulous line up of guests for tonight’s show.    A few points you may not know:

California is the #1 wine producing state in the U.S. and the 4th largest winemaker in the world, exporting 90% of U.S. wine. It’s the leading wine and food travel destination in the U.S., attracting 24 million people each year, and the producer of more than 400 specialty crops.

California is a leader in sustainable winegrowing with one of the most comprehensive and widely adopted programs in the world. Wineries making 75% of California wine and grapegrowers farming 25% of statewide acreage are CERTIFIED SUSTAINABLE to the California Sustainable Winegrowing Program.

Visit www.DiscoverCaliforniaWines.com  for details on events happening all month long. Events are posted throughout September so if you’re planning a trip to California, or we’ve inspired you to take one, keep checking the site for more ideas. 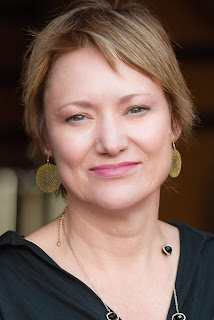 Nancy Light is Vice President of Communications for Wine Institute, the public policy association of 1,000 California wineries and affiliated businesses dedicated to enhancing the environment for the responsible production, consumption and enjoyment of wine. Light has more than three decades of experience in marketing communications and public affairs and has held positions at Kobrand Corporation in New York, where she started her wine career, and at Robert Mondavi where she served as Vice President of Public Relations.  At Wine Institute, she directs media relations, member communications and issues management and is an alternate on the Board of the California Sustainable Winegrowing Alliance (CSWA).  She co-conceived and edited the book, Down to Earth: A Seasonal Tour of California Sustainable Winegrowing and is at work on a second book about wine and sustainable agriculture in California.

Light manages several Wine Institute programs that support the long-term growth and vitality of the California wine industry.  “Discover California Wines U.S.” is the domestic side of a global branding initiative to communicate the positive and distinctive attributes of California wine to consumers, trade, media and public officials.  She is active in Wine Institute's partnership with Visit California, which she helped establish, promoting the state’s wine and wine regions worldwide as a unique aspect of the California visitor experience.  Light is also on the Board of California Grown, an organization of specialty crop producers who support a “Buy California” marketing initiative. 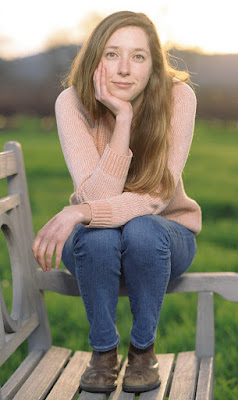 Hailey Trefethen is a passionate steward of the Trefethen legacy who, along with her brother, Lorenzo, is helping define the future of this Napa Valley icon.

After the South Napa Earthquake in August 2014, Hailey managed the comprehensive restoration of the family’s historic winery building. Originally built in 1886 as a three-story gravity flow winery, the landmark building was severely damaged in the quake. She personally spearheaded the 2.5 year restoration, including a full seismic retrofit, culminating in the re-opening of the historic winery in May 2017. Now alive again, with wine from recent vintages aging in barrels and guests sampling the current releases, the winery’s rebirth is a testament to Hailey’s dedication to Trefethen.

Hailey is also an active member of the production team, participating in vineyard and winemaking decisions. She manages the company’s participation in the Napa Green and Certified California Sustainable Winegrowing Alliance programs, including handling the related audits and pushing the company to continuously improve. Hailey also serves as an ambassador for the brand, sharing the estate wines with consumers and members of the trade, both on the estate and out in the market.

Hailey was one of the youngest members ever elected to serve on the Napa Valley Vintners’ Board of Directors, where she also chaired the Community and Industry Issues Committee. She has also served on the board of the California Wine Institute.

Born in Napa, Hailey Trefethen grew up in the family’s vineyards before attending college in Santa Clara, CA and further studies in Argentina and Costa Rica. She returned to the family business in 2008. 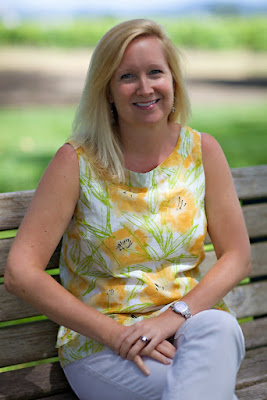 Brigid’s professional background includes over 25 years of marketing experience, including brand management and direct to consumer retail marketing. She spent the first 10 years of her career in brand management at Disney Consumer Products in Los Angeles.  After relocating to the Bay Area in 2001, she commenced her DTC marketing career by managing the wedding registry and private label credit card programs for Restoration Hardware.  Brigid then moved to the ecommerce space and where she led online marketing efforts for three years at Gap.com.  As Director of Marketing for Smith & Hawken, she managed the marketing for all retail channels including stores, catalog, ecommerce and consumer loyalty programs.

Upon getting married, Brigid and her husband moved Sonoma, where they bought a house and vineyard in Healdsburg. It was here that Brigid fell in love with wine, and subsequently joined Jackson Family Wines as Vice President of Direct to Consumer, where she successfully leveraged her previous multi-channel retail experience to formally establish a strategic DTC business for the company.  From there, Brigid led the direct to consumer businesses at Diageo Chateau & Estate Wines and at Trinchero Family Estates.  In 2017, she joined Constellation Brands as Senior Director of DTC, where she leads all aspects of the company’s multi-channel direct to consumer business. For soon-to-be-opened Prisoner Wine Company, Brigid oversees  management of the Tasting Lounge and The Makery in Napa Valley, the wine club, e-commerce and DTC marketing activities. Brigid and her husband reside in the Chalk Hill area of Healdsburg with their Boston Terrier, Ellie. 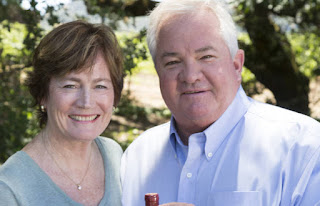 Hank and Linda Wetzel founded the bonded winery at Alexander Valley Vineyards in 1975, almost thirteen years after Hank’s parents purchased “their place in the country”. Hank supervised the construction and then produced Alexander Valley Vineyard’s first wine in 1975. His wife Linda set up the books and managed the winery office. AVV quickly established a reputation for estate grown wines with distinctive varietal character. Acclaimed for luscious Chardonnay and elegant Cabernet Sauvignon, Alexander Valley Vineyards brought recognition to the area and is known as a leading winery in Sonoma County. 2015 marks the family’s 53rd year on the historic property and will be the winery’s 41st vintage.


Posted by Epicure Traveler at 5:27 PM No comments:

29 October, 2018 - The Perfect Puree and The Annual Wizards of Elixers Cocktail Competition

Slow Living Radio comes to you live today from the Wizards of Elixers event at the Archer Hotel in downtown Napa.  Hosted by The Perfect Puree, we first welcome Co-President  and Chief Marketing Officer, Michele Lex, and the Archer Hotel F&B Director, Peter Triolo.

In our next segment, we are joined by Griffo Founder Mike Griffo, followed by last year’s first and second place winners, Kelley Dalls, from Solbar and Adam Welch from Geyserville Gun Club.

In the third and fourth segments, you’ll hear the stories of this years, mixologists:

And to wrap up the show, we are delighted to be joined by Jenni Karakasevic, Director of Operations and owner of Charbay Winery & Distillery. 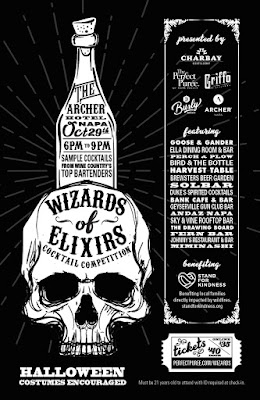 The Perfect Purée of Napa Valley

The company’s line-up of fruit purées, specialties and blends features 40 premium flavors, ranging from pantry staples raspberry, strawberry and banana to the exotic lychee, passion fruit and pink guava. The fruits are harvested at the peak of season, puréed and packed frozen to maintain optimal freshness, flavor and color no matter what the season. As the leading U.S. producer of premium fruit purées, The Perfect Purée of Napa Valley is revered in restaurants, hotels, bars, bakeries and catering kitchens for the just-picked taste and unmatched consistency of its products.

All flavors can be frozen for up to 24 months from date of manufacture. When thawed, the purees, concentrates and specialties last 7-10 days in the refrigerator, and blends for 21 days.

The Karakasevic family is one of the early pioneers of the modern American artisan distillery movement; they began distilling in California in 1983 with Alambic Pot Still Brandy and haven't stopped since. The lineup includes whiskeys distilled from bottle-ready beer, brandies distilled from Napa Valley grapes, vodkas flavored with 100% real fruit or tea and rum distilled from sugar cane syrup.

Marko is Generation XIII to carry on the family's European heritage of fermenting & distilling. His 25-year apprenticeship covered every category of distilling. Jenni, his sister, is Director of Operations and Owner. 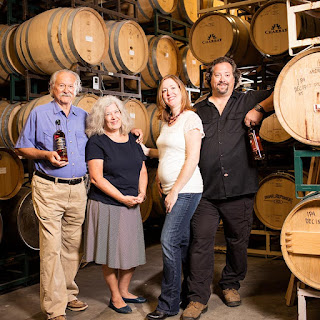 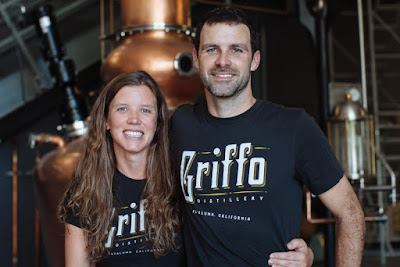 Griffo Distillery made its mark on the artisanal spirit market in 2016 when it’s London Dry-style Scott Street Gin won gold at the San Francisco World Spirits Competition. It’s since released a line of whiskies and now, Coffee Liqueur. Available through Southern Glazer’s Wine & Spirits, Griffo products can be found in top bars and retail locations in San Francisco and beyond, including The Treasury, The Beehive, Locanda, The Progress, Bi-Rite Market, Safeway, Costco, and BevMo.

Owners Michael and Jenny Griffo take a fresh approach to the age-old art of distilling. With a Physics Doctorate at their back, the husband and wife duo are dedicated to uniting the disciplines of craft and science to create precise, complex—and delicious—spirits that represent the beauty and bounty of Sonoma County. 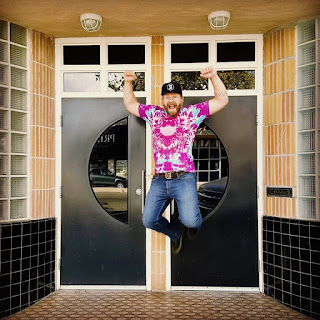 Sacramento based Burly Beverages was first imagined by Gabriel Aiello in 2014 and began with a quest for a better ginger beer....something without corn syrup, food dyes, or added preservatives. As his searches fell short he decided to teach himself to make his own from scratch. While learning how to craft these beverages, he accidentally fell in love with the process and quickly realized that he was creating something special. In 2015, Burly Beverages was founded with the intention of providing a healthful alternative to the modern soft drink and cocktail mixer. Using locally sourced produce, creative flavor combinations and unrefined sugars, Burly Beverages strives to create high quality beverage concentrates for the discerning soda or cocktail enthusiast. 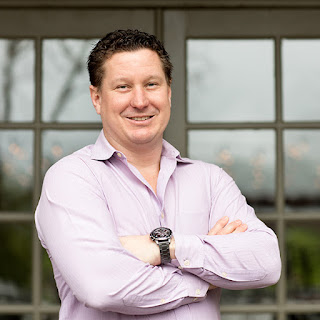 As Director of Food & Beverage for Archer Hotel Napa Peter Triolo brings a wealth of hospitality experience to Napa’s newest hotel. Triolo’s first food memory dates back to a childhood visit from his grandparents where he spent the day rolling out fettuccine dough, making raviolis, and smelling his grandma’s sauce simmering for hours. When a career in baseball didn’t materialize, Triolo found his way back into the kitchen working with a local California restaurant family that took him under their wing and instilled in him a great passion for the industry. That passion took him around the world with the Four Seasons organization, starting first in back of house as lead line cook for Four Seasons Hualalai. That paved the way to a seven-year career with Four Seasons as a front of house manager, both at Four Seasons San Francisco and later Four Seasons Miami. As a Northern California native, Peter found himself nostalgic for home and returned to the area in 2013 to take on the post of Director of Food & Beverage at The Culinary Institute of America at Greystone in Napa Valley. His love for all things Napa Valley is palpable and when he’s not at work, you can find Peter taking a drive up the Silverado Trail or sampling a glass of Napa’s finest.


Posted by Epicure Traveler at 12:50 PM No comments: