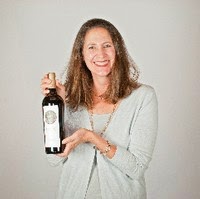 Sharon’s love of wine started when she spent her junior year of college abroad, at the Université de Bordeaux. She was taken under the wing of the wife of the University’s president, which is how she found herself, at age 20, being taken on a personal tour of Chateau Haut Brion, producer of one of the greatest wines in the world. The tour was led by the legendary Monsieur Delmas, who kindly let her taste the renowned 1982 vintage out of the barrel, followed by the 1966.


After graduating from college Sharon returned to Bordeaux and lived with the Boutarics, the famed cheese mongers at La Marche des Grands Hommes, while she worked at The St. James, a two-star restaurant, under Jean-Marie Amat, the owner and chef. That moment changed her life and sealed her interest in wine and the Bordeaux region itself. Some years later, after a career in publishing and technology, with a young family in tow, Sharon applied and was accepted to the prestigious DUAD program (the Diplome Universitaire d’Aptitude a la Degustation des Vins) offered through the Université de Bordeaux’s Oenology department.


Several years later Sharon returned to the States and moved to Napa Valley. Today Sharon is one of only two women working as vintners in the Napa Valley who hold the DUAD degree. Sharon keeps her links to Bordeaux very present, maintaining a second home in Bordeaux today. As she works on the RARECAT wines, her passion extends to empowering women through wine and supporting women in the wine industry. Several years ago she formed an unusual ‘trade’ group called Wine Entre Femmes, comprised of female vintners from Napa and Bordeaux. In 2012 she established A Woman's Palate, a company that celebrates wines by women for women. “I am lucky; I am living my passion,” Sharon says.


Chateau des Amis is owned by Sharon Kazan Harris. Sharon loves to share her passion for this beautiful region and offers this villa as a home base for visitors. St. Emilion is UNESCO’s first world heritage site and one of France’s most bucolic villages. Surrounded by hillside vineyards and world-class wine chateaux, the village of St. Emilion is filled with restaurants, shops and historic buildings and shops. Chateau des Amis is the only luxury villa for rent in the village of St. Emilion. Located just outside the village’s Roman wall, this 4 bedroom villa is strolling distance to all of the local landmarks. The villa combines old world charm with modern amenities.


JARR is named in honor of Jameson, a rescued Great Pyrenees (dog) rescued by Monica Stevens in Chicago who lived to the age of 14. Jameson Animal Rescue Ranch is a compassionate no-kill rescue and sanctuary for homeless and rescued companion and farm animals. The group also collaborates and liaises with numerous animal rescue groups in the Napa Valley.

“One of our directives is to keep people with their animals, keeping animals out of the shelters,” Stevens explains. “Our goal is rescue-rehome-repeat,” she adds.  Jameson Animal Rescue Ranch's mission is to establish a no-kill rescue and sanctuary in the Napa Valley for homeless companion and farm animals, providing transitional and permanent shelter, adoption and rescue services, humane education, animal advocacy and a commitment to ending animal cruelty and overpopulation. JARR also collaborates with and acts as a liaison for various animal rescue groups locally. 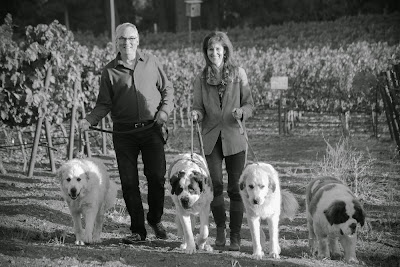 Jameson Animal Rescue Ranch has several initiatives underway as 2015 begins. The group’s Board of Directors established an emergency fund for Napa County: this was set up with the goal of keeping pet owners and their pets together. This will come into play in terms of feeding pets, providing emergency medical attention and the services of behaviorists as well as funds for pet deposits. “We value the family unit staying together and we believe that there are proactive and preventative measures which will make sure that animals and their families are not separated,” explains Monica Stevens. The organization uncovered a critical issue in Napa County: families and pets being separated when the family cannot afford the landlord pet deposit. One person helped by JARR wrote to say: "I'm in tears with so much emotion. Our property management said okay to allowing Matilda with a larger deposit. What your program does is truly amazing!  An absolute blessing.  My sweet 6 year old cat come home thanks to you.”


Last fall JARR discovered that there was a need to help the pets of clients of Meals on Wheels and the Community Action Napa Valley Food Bank as well as Napa’s homeless community. The group organized a Holiday Pet Food Drive, coordinating 12 drop off sites for donations of pet food. The result was that in one month, 700 pounds of dog and cat food were delivered; donations also included blankets, treats and pet toys. This has now become an ongoing program – “Paws on Wheels” --- with 300 pounds being delivered to the Food Bank monthly and 100 pounds of cat and dog food being delivered to 40 homebound seniors and 18 homeless people for their pets weekly.

This week, Slow Living Radio explores some of Chile’s winegrowing regions and style, through the eyes of a Chilean Winemaker, Filipe Tosso and Assemblyman Bill Dodd, president of the Great Wine Capitals of the World Network.


Chile is rapidly earning worldwide acclaim for its wines, and Felipe Tosso (43) is widely recognized as one of its leading players.


His Agronomy degree from the Universidad de Chile, specializing in Viticulture and Winemaking, led to Felipe’s first job as Chief Winemaker at Concha y Toro’s Cachapoal Winery in 1995 where he was responsible for producing some of the best Carménère the company had ever created.


n 2000, Felipe was approached by Gonzalo Vial, owner of the newly established Viña Ventisquero, whose goal was to create a range of wines that expressed the unique characteristics of Chile.  Upon joining Ventisquero, Felipe had access to fruit from 3,700 acres of vineyards owned by Viña Ventisquero in some of Chile’s top winemaking regions – including Apalta in the Colchagua Valley, Trinidad in the Maipo Valley and the cool climate appellations of Casablanca and Leyda - which he rapidly crafted into award-winning wines.


Since 2003, Felipe has been working on the development of a premium range of wines with renowned Australian Winemaker John Duval.  In November 2006, they launched the limited production Pangea, made with grapes from the famed Apalta region of Colchagua Valley.  Vertice was the next release - a Carménère and Syrah blend also from Apalta, and in 2013 they launched Enclave – a Bordeaux blend sourced from 40 year old vines from Ventisquero’s high altitude vineyard in Alto Maipo.


Felipe’s latest project with John Duval is the Grey range of single block wines. Extensive soil mapping of different areas within the designated blocks enables vinification of the grapes by parcel before the constituent parts are blended back to create a single block wine that best expresses its origin.


During the course of his career, Felipe has travelled the world to hone his skills: from Napa and Sonoma to Argentina, France, Spain - Priorato, Italy and Australia.  He has also worked harvests for some of the great wine estates of Bordeaux, including Château Canon la Gaffelière, Château La Mondotte and Château Clos de L’Oratoire. 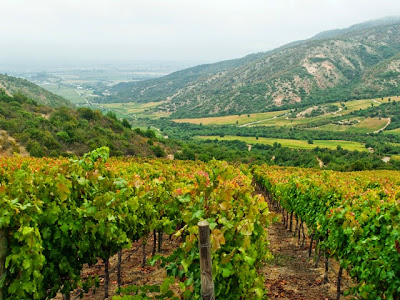 Assemblyman Bill Dodd
Bill Dodd was elected in November of 2014 to represent California’s 4th Assembly District. The district includes all or portions of Yolo, Napa, Sonoma, Lake, Solano, and Colusa and Counties.
Prior to his election to the Assembly, Dodd served on the Napa County Board of Supervisors from 2001 to 2014. Among his accomplishments was the successful competition of Napa’s flood control project, which protects thousands of properties from flooding, restored 900 acres of environmental wetlands and created $1 billion of investment in local businesses.
Dodd is also heavily involved in local charities. Dodd was honored in 2014 by the Napa Chamber of Commerce as its “Citizen of the Year” for raising over $3 million for local charities to help those individuals who need it most. As a founder of the Wolfe Center, a youth drug and alcohol rehabilitation facility, and a founding director of the Napa County Children’s Health Initiative, Dodd led many successful drives for these organizations.
A lifelong resident of the Napa Valley with broad knowledge on the craftsmanship, tradition, and prestige of CA wine. Dodd is the president of the Great Wine Capitals Global Network for the Napa Valley, and has collaborated extensively with the Wine Institute, California Association of Winegrape Growers, Napa Valley Vintners, Napa County Wine Growers, and many others. Dodd is also the Chair of the California Assembly Select Committee on Wine.

Posted by Epicure Traveler at 1:23 PM No comments: