Slow Living Radio celebrates families and sustainability in today's show with the "family" of Cavallo Point Lodge. We hear about their dedication to forging friendships and being at the forefront of environmental practices.  Our show features their head chef, Mike Garcia and one of his "family of purveyors", Bob Costarella, of Costarella Seafoods. 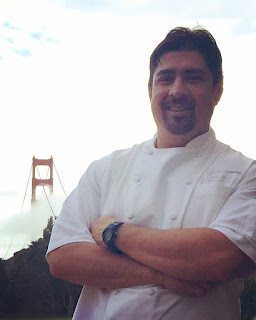 Michael Garcia is a head chef of the award-winning Murray Circle at Cavallo Point Lodge where he strives to create dishes that reinvent San Francisco’s multicultural flavors with a modern twist.

A San Francisco native, Chef Garcia spent several years working through the ranks of many legendary San Francisco hotels and restaurants, including Cliff House, Farallon, Stars by celebrity chef, Jeremiah Tower, and the Palace Hotel. Over the span of his career, Chef Garcia’s accomplishments include his position as the executive chef and partner of SOCIALE in San Francisco’s Pacific Heights neighborhood and as the executive chef, manager, catering chef and partner of TOAST Restaurants in Mill Valley, which he successfully opened in 2003 and helped build its impressive reputation as a fun neighborhood eatery serving creative, quality fare. In addition to his position at Murray Circle, Chef Garcia manages Left Coast Depot Restaurant, a reputable family-style restaurant that he has owned since it opened in 2012.

Chef Garcia wrote a best seller cook book, “A Toast to the Home Cook,” which published in 2010 and has sold over 6,000 copies. 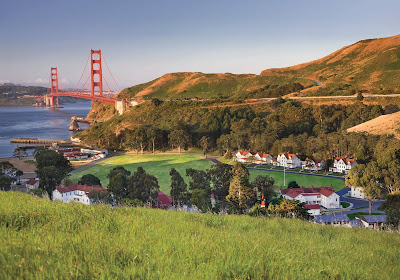 Cavallo Point – one look tells you this is a very special place. Look deeper and you'll find an innovative partnership.

Cavallo Point – the Lodge at the Golden Gate is located in Sausalito, in Marin County, California, at the foot of the Golden Gate Bridge, just minutes from San Francisco and an hour from the Napa Valley. Known for stunning views of the bridge, bay and city, the lodge welcomes guests with 142 hotel rooms and suites, both Historic and Contemporary, the acclaimed Murray Circle Restaurant & Farley Bar, premier Healing Arts Center & Spa, cooking school, Mercantile, art gallery, hiking, yoga and a myriad of activities. .

Settle into the elegant yet comfortable dining room accented with beautifully restored tin ceilings, fine art photography and toasty fireplaces. Outside, soak up the sun on plush outdoor seating on the historic porch, with sweeping views of San Francisco and the Golden Gate Bridge.

Costarella Seafoods is a family-owned and operated seafood distributor located in the world famous Fisherman's Wharf in San Francisco, CA.  In business since 1991, Costarella focuses on providing fish considered sustainable by the world's most veritable sources:

Since 1991 Costarella Seafoods have been providing the bay area restaurants and markets with quality fresh, frozen and Costarella label smoked seafood. Bob Costarella and the crew pride themselves on personal and knowable service. Products are sourced from a range of local boats, domestic and international vendors with a close eye on quality and sustainability. The company delivers 6 days a week in the bay area. Costarella Seafoods and its vendors are haccp approved by the federal government and inspected regularly by the FDA and California department of public health . The state of the art facility is located on pier 45 and visitors are welcome to stop by and say hello anytime during business hours.
The owner, Bob Costarella, helps maintain the company's family business feel while providing over three decades of experience in a complicated seafood industry.

From an article on SFGate.com:

Costarella keeps an eye on the bay, but he's not drinking in the postcard views of Telegraph and Russian hills, Alcatraz or the blue hills of North Bay behind it. Instead, he gauges tide levels, notes wind direction, watches the chop of the waves. It's a lesson learned from an old Sicilian fisherman who told him the ocean is like a book.

The San Francisco fishing industry emerged in the 1850's with the expanding population of Italian immigrants. Traditionally, Italians fished from Mediterranean style sailing feluccas in the open sea fishing grounds that ranged from Point Reyes to Monterey. Many of these Italian family names are still represented at Fisherman's wharf, where the bounty of the waters outside the golden gate is brought ashore for all to enjoy.


Posted by Epicure Traveler at 3:22 PM No comments: 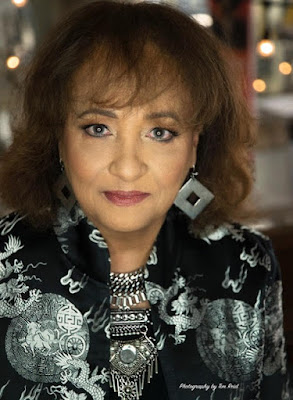 Everyone remembers Daphne Maxwell Reid as an iconic TV mom of the 1990s, from her three seasons as Aunt Vivian on “The Fresh Prince of Bel Air.”  These days Reid is a Renaissance woman, respected artist and designer, and education activist.  Working from her home in Virginia, and still happily married to pioneering television actor/producer/writer/director Tim Reid (“WKRP in Cincinnati,” “Frank’s Place”), Daphne Maxwell Reid is living proof that a passion for creativity and a dedication to hard work can ensure a lifetime’s worth of success.

Breaking new barriers is nothing new to Reid, who decades ago became the first African-American homecoming queen at Northwestern University and shortly thereafter one of the first African-American women to appear on the cover of Glamour magazine.  But many fans of her modelling and acting career probably don’t know that Reid is a lifelong shutterbug, a hobby passed down by her father that has now become a focal point of her career.  With five books and 5 annual calendars already published, Reid specialises in fine art photography that features doors and doorways from around the world, including Cuba, Venice, France, China, Germany, and Belgium.  Now she’s added to her publishing resume with her first cookbook, “Grace + Soul & Motherwit,” which offers her favorite recipes spiced with personal memories and reflections from her life and travels.

Reid has also been a seamstress for much of her life, creating many of her own outfits and costumes as a young actress and model, and has now developed those skills into an exclusive, custom clothing line called Daphne Style, making Chinese silk brocade jackets that are wearable works of art.  She also keeps busy as the Host of Virginia Currents (PBS), and as a spokesperson for Virginia State University, a historically black college/university (HBCU), doing outreach, public relations, and speaking engagements that allow her to preach the importance of education and career prep for students of colour.

A thoughtful, inspiring, and fascinating professional with over five decades of experience, Daphne Maxwell Reid continues to demonstrate that mastering a new skill is always possible for an artist with a generous spirit and self-determination. 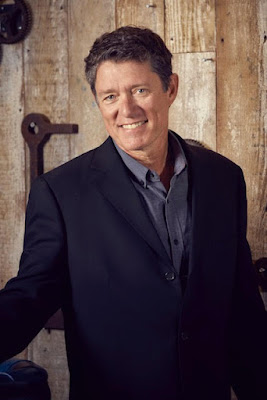 You’ve heard of tiny houses – but tiny restaurants?  Well, that’s not too far off one of the many innovative new design concepts from Stephen Francis Jones and his team at SFJones Architects.  They’re going against the cliché that “bigger is better” with the beer garden located at the Fields LA (home of the LA Football club), where Jones has repurposed shipping containers to function as affordable and mobile eateries.  The same holds true at the Pavilions at Veranda in Concord, CA, where tiny brick and mortar structures (not much bigger than a food truck) and a common seating area offer a refreshing outdoor twist on the traditional mall food court.

His other recent projects run the gamut:  restoring the classic Ashley residence (built 1908) in Coronado; developing the Foundry and Lux business campus at Oyster Cove; rebuilding homes destroyed by fire in Santa Rosa; and creating new spaces for clients ranging from medical collectives to legendary restauranteurs.  Whatever the project, Jones brings thirty years of experience and success, making him well-prepared for the challenges of the future.

His assignments are all reflections of the ways in which Jones is evolving his business from mere architecture and design to “place-making” – using thoughtful and efficient design concepts to make businesses, offices, and homes more sustainable, livable, and unique.  As the business and commercial world reimagine where and when we do business, Stephen Francis Jones and his design team continue to think outside of the box, to imagine spaces that unify as well as define us.  Common open spaces, integration with the natural landscape, and user-friendly amenities are just as important to Jones’ projects as basic form and function.

Even though the term might be new, the idea behind place making has always been at the heart of Jones’ work, including his most high-profile accomplishments.  Whether you are talking about Wolfgang Puck’s signature restaurant Spago in Beverly Hills, farm-to-table landmark MB Post in Manhattan Beach, the flagship location for La Brea Bakery, the Lucky Strike Bowling chain, Japan’s Mister Donut franchise, or the Java House chain in Africa, Jones’ designs are more than just places to eat – they are highly crafted social spaces where relationships are formed, collegial and familial bonds are reinforced, and communities are built. 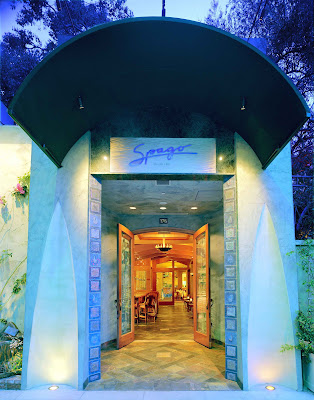 Posted by Epicure Traveler at 5:57 PM No comments: