From Mexico - with Love and Passion!

Slow Living Radio welcomes three guests from Mexican heritage who have all become success stories, bringing their family's passions and hard work to US soils, restaurants and wines.  Join us to hear their inspiring stories and celebrate some of the wonderful contributions the country's immigrants have brought to the US.


Tom Bracamontes graduated from Pepperdine University in 1985 with a Bachelor’s degree in Business Administration.  Spreading his wings, he followed this with a semester abroad in Spring 1985 as part of the Semester at Sea program.


Returning to the US, Tom worked as a stockbroker,  promotional representative for a Hollywood record company, and in Urban Promotion for Sony in New York and Virgin in Los Angeles.


Tom joined the world of wine in 2002 as proprietor of a wine marketing company, Just Wine and then director of sales and marketing for Mi Sueño Winery in Napa.  He currently has his own business, Thomas Bracamontes Agency, and works on brand development, marketing and sales for boutique wineries


Oscar Renteria was born in St. Helena in 1967, graduated from high school in 1985, and received a Bachelor of Science degree from St. Mary’s College in Moraga, CA in 1989.


In 1993, Oscar was passed the torch and assumed proprietorship of Renteria Vineyard Management by his father Salvador, who had launched the company in 1987 after emigrating from Mexico in 1962 and working his way up the line of vineyard work and management.  At that time, Renteria was one of the first Mexican owned vineyard management companies in the Napa Valley.


Over the past 20 years Oscar has continued to care for the small list of distinguished vineyard clients inherited from his father while carefully managing the growth of the company. 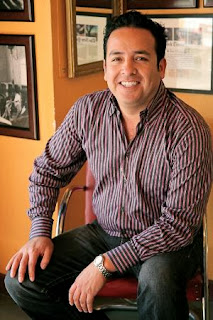 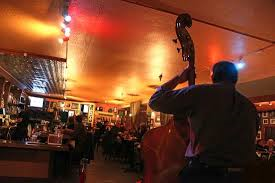 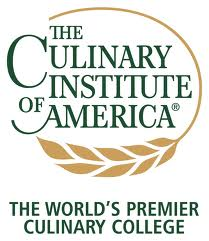 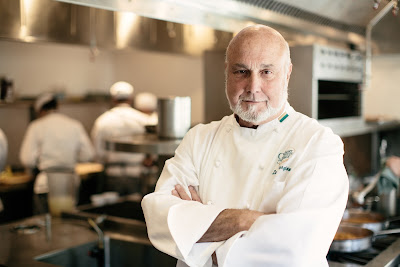 
Larry Forgione has been called “The Godfather of American Cuisine” for his role in changing the way Americans eat today. He embraced the virtues of our national cuisine and used only seasonal, local ingredients, beginning the entire “Farm-to-Table” movement. So when The Culinary Institute of America was developing its American Food Studies: Farm-to-Table Cooking curriculum, it was only natural that the college teamed with Chef Forgione, who became the program’s co-founder and culinary director.


Today he guides students through their farm-to-table studies and their hands-on experience at The Conservatory at Greystone, a student-led restaurant open to the public. The remarkable career of this legendary chef has been highlighted by many accomplishments and accolades. After graduating from the CIA and then working in some of the best kitchens in Europe and America, Chef Forgione opened An American Place in 1983, earning three stars in The New York Times.


Both the CIA and the James Beard Foundation have named him “Chef of the Year,” and his alma mater presented him with an Augie Award for his far-reaching influence as a “Pioneer of American Cuisine.” Also, Life magazine named him one of the “50 Most Influential Baby Boomers.” An American Place received the prestigious Restaurants and Institutions Ivy Award and induction into the Nation’s Restaurant News Fine Dining Hall of Fame. And Chef Forgione’s American Place cookbook won a James Beard Award for “Best American Cookbook” in 1996. In addition, he has provided his unique culinary expertise as a consultant for numerous hotels and restaurant groups. - See more at:

About The Conservatory at Greystone


The CIA’s American Food Studies: Farm-to-Table Cooking is a conservatory-style educational model for students who want to be part of a community working to create healthy, sustainable, and delicious food systems.

Led by culinary director and legendary chef, Larry Forgione, students will begin a journey to learn the concepts of environmental stewardship, food ethics, and facilitate the exchange of ideas as they explore these vital topics. 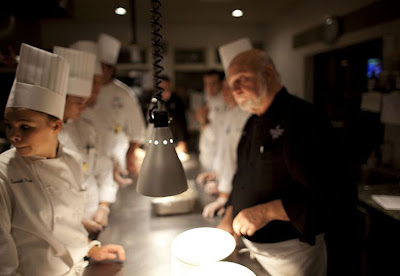 Students will receive a hands-on education on three CIA farms, where they will work with Forgione and Farm Manager Christian Dake, previously a farmer for the Baker Creek Seed Company and a founder of the Baker Creek Heirloom Seed Festival. The CIA farm locations at Deer Park Road, the Charles Krug Winery, and on the CIA at Greystone campus will be hands-on learning labs where the students will plant, nurture, and harvest ingredients. 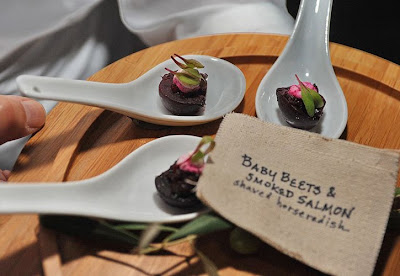 Over the course of the semester students will taste and cook their way through the CIA’s farms and kitchens. At the end of each week, a student-led Farm to Table restaurant is open to the public featuring menus with an emphasis on freshness, seasonality, local availability, and simple preparations. 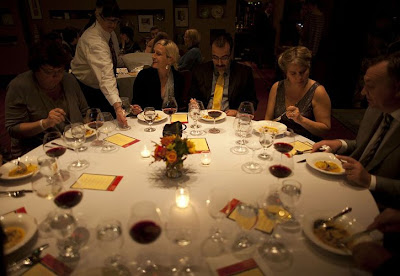 Visitors to the CIA at Greystone will reap the rewards of the students' culinary lessons as they dine on their creations at The Conservatory. This student-led "crop-up" restaurant will be open to the public Friday and Saturday nights, beginning August 2 and 3, in the Williams Center for Flavor Discovery on campus. The multi-course tasting menu will focus on seasonal ingredients that are grown and harvested by the students. The cost per person is $65, and reservations can be made by calling 707-967-2300, or at The Conservatory at Greystone's page on www.opentable.com.

09/02 - Life at the Helm: Anthony Sandberg of OCSC Sailing


"We are tied to the ocean. And when we go back to the sea, whether it is to sail or to watch it, we are going back from whence we came."
-- John F. Kennedy


Anthony Sandberg founded OCSC Sailing in 1979. An active sailor since early childhood in Hawaii, he has been enthralled with the sport. He has sought out sailing experiences around the world on every kind of craft from traditional native rigs like outriggers and dhows to dinghies, schooners and square riggers, modern grand prix racers, experimental hydrofoil flying machines and even landsailors and iceboats. He has cruised in most of the dream locations around the world from the South Pacific, Caribbean and Central America to the Mediterranean, Scandinavia, North Africa and Asia.

The heritage, history and traditions of the sport are a lifetime passion which more than anything he loves to share. His vision for OCSC was to provide a modern way to access the best of sailing in an approachable and affordable way. Starting with high quality training and state of the art equipment, the Club has become a portal to a lifetime of adventure for many thousands of sailors. When he is not leading a club flotilla in places such as Greece or Tonga, or trying to sail a boat powered by kites or a dolphin, you'll find him here at the club, so ask for him and say hello. He'd like to get to know you.

To learn more about Anthony see the recent article in the Dartmouth Alumni Magazine. 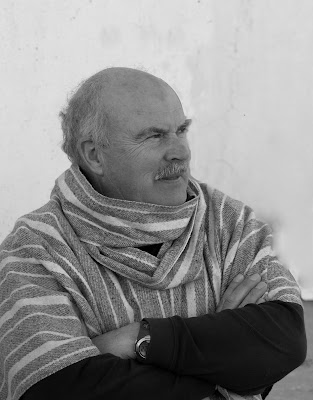 OCSC isn’t just about moving a boat across the water powered by wind and a knowledge of the sea. It’s about discovery and exploration, freedom and responsibility. And taking the helm both literally and figuratively.

From The Olympic Circle Sailing Club to OCSC Sailing
In 1979, Carter was President, the Soviets invaded Afghanistan, radios blasted “I Will Survive” and “My Sharona”, everyone was talking about Kramer vs. Kramer, and seasoned sailor Anthony Sandberg had a white Dodge van and an idea: sailing was too good to be just the sport of the rich.  So the man with a van borrowed a J/24, rented a shack on Alameda Estuary, and hung a shingle that read “Olympic Circle Sailing Club.” His vision was to teach sailing to students the same way he’d teach his friends. “I knew that if I had just one student, I would take such good care of them, they’d tell their friends. And that’s how we started the club,” Anthony recalls.

Within a year of surviving on canned tuna and baked potatoes, Sandberg moved OCSC to an abandoned warehouse and the club had 100 members, hundreds of students, and a small fleet of Capri 14’s. Aspiring sailors were coming to him with what he recognized as cherished, closely held dreams. And to Anthony, part of respecting those dreams was democratizing what was perceived as an elitist, male-dominated sport: anyone, he reasoned, could sail, and women could skipper.

In 1980, Rich Jepsen joined Anthony in running OCSC, and the two knew that the business needed to move beyond the calm waters of the estuary. One look at a chart of the Bay, and the world’s best place for a sailing school was immediately apparent: Berkeley Marina, which was at the time a garbage dump – a garbage dump a two-minute outboard putter from some of the best sailing in the world, that is. When Anthony stepped into the shack at the end of the point – now the post-renovation home to the Fleet Service department – he fell through the floor and into the Bay. “Fortunately, it was high tide, otherwise I would have been on the rocks. I said, ‘I’ll take it,’” he remembers.

It took three years of sweat equity to build what is now OCSC. During construction, Anthony, Rich, and the other OCSC barn-raisers were cheered on by a crotchety one-legged boxer who lived in the dump. When moving day finally came, members sailed OCSC’s bigger boats from Alameda to Berkeley, and Rich and Anthony towed the Capri 14’s behind the chase boat, duckling-style, to their new home. That was 1981, and OCSC has been teaching, sailing, growing, and having fun ever since. It embodies a welcoming culture where everyone knows your name and sailing isn’t just a sport, it’s a philosophy of respect and joy.

Now, with a fleet of over 50 yachts ranging from durable 24-footers to ocean going yachts over 60 feet long, they have over 75 employees, including over forty instructors, all of whom are professional sailors, certified instructors, and great people.

Lots of things have changed with OCSC Sailing since 1979 – the Dodge van and the Capri 14's have long since been retired, their diet has expanded beyond tuna and potatoes, they no longer sleep on classroom tables. And even better, "My Sharona" is no longer a top-ten hit.

But one thing hasn't changed: they are as passionate as from day one, about teaching sailing to their clients just the same way they’d teach their friends. 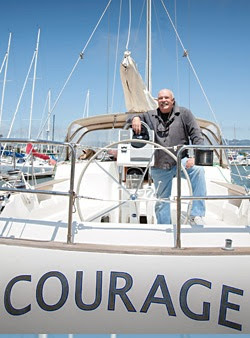