Slow Living Radio returns to the Winter Fancy Food show in San Francisco this year to find what's cooking around the globe.  Fancy Food shows are a global and local showcase of foods and beverages, with over 1,300 exhibitors  and 35 countries, with all manner of products for the trade and media to taste, sip and learn.

Slow Living celebrates all the small artisanal producers, and those whose story is one of passion and inspiration, who bring us simplicity in it's most beautiful form.  In this episode we hear from Ron Tanner, Vice President, Philanthropy, Government and Industry Relations, about the history of the show and some exciting new products.  We also travel to New Zealand and Bath, through the stories of our guests, to discover some terrific products from each region that Americans can now enjoy. 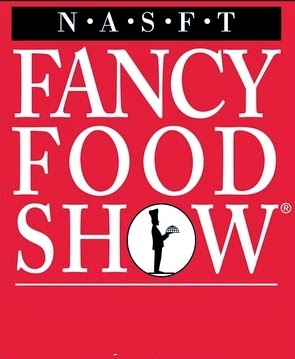 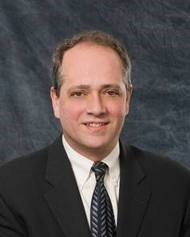 "I first discovered Rutherford and Meyer fruit pastes at my local grocery and marveled at their different flavors, such as pear, fig, plum and the more often seen quince.  As soon as I got them home, I found that way more than being great with cheese, these pastes are a perfect chef's companion, as a base for glazing sauces, or just spread over fish or meat while cooking so the delectable and pure fruit melts into the flesh."
Sally James

Like many small New Zealand businesses, this now thriving export business started as a cottage industry. It began in 1996, with two North Canterbury farming friends, Gay Rutherford and Alison Meyer, taking old family recipes which were used for preserving the surplus ripe fruit from the summer harvest as the basis for their fruit pâté recipes.


Recognizing an exciting opportunity, their vision was simply to take something that had been enjoyed in the farm kitchens of North Canterbury and share it with others, both within New Zealand and other parts of the world. 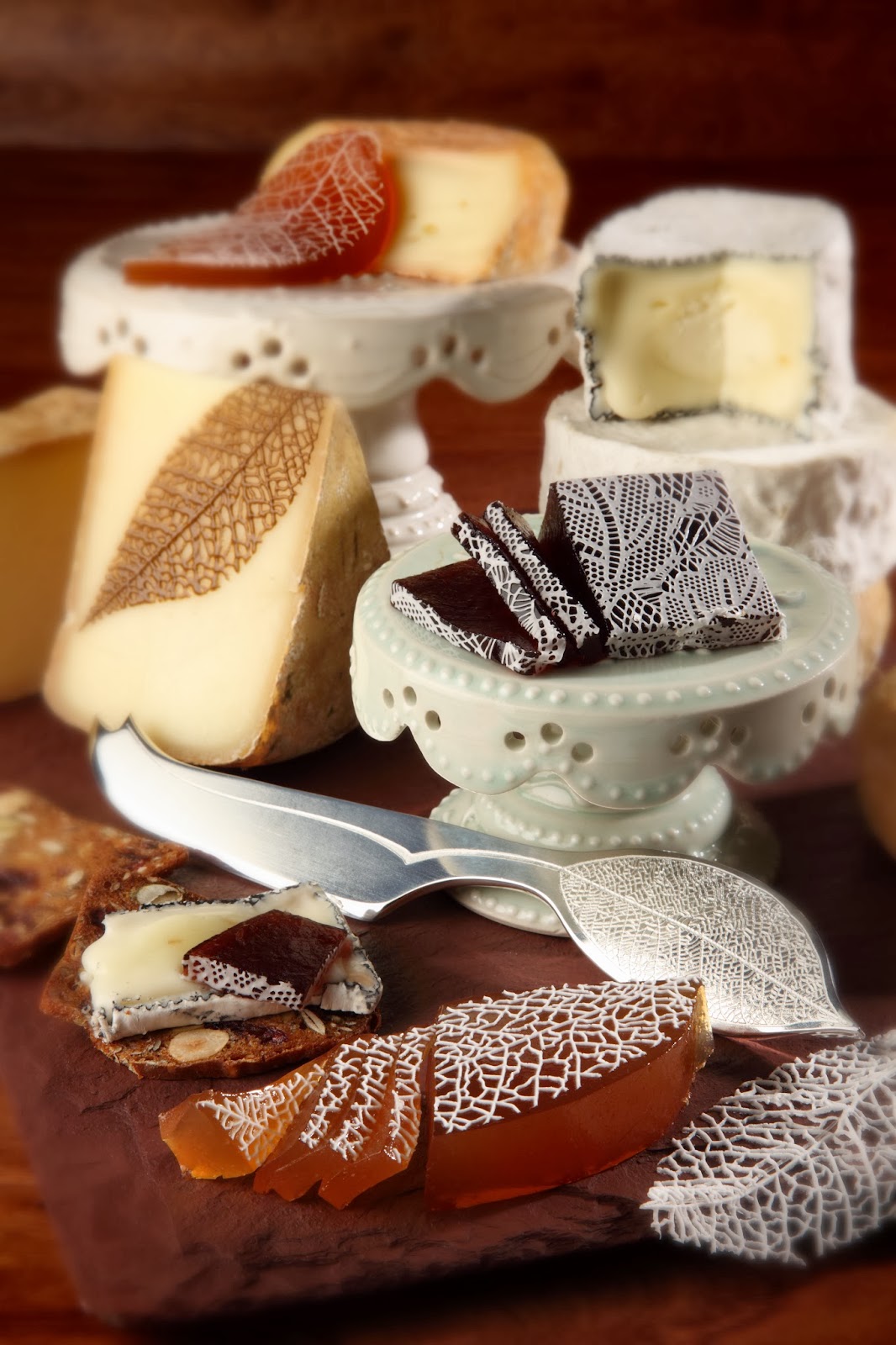 rutherford & meyer today
Ownership of the company changed in 2001 when Jan Meyer and Russell Coventry bought the business. Today Rutherford & Meyer is a small and dedicated team of foodies who are passionate about creating gourmet products that enhance the lives of their customers. The product range has grown considerably and now includes Fruit Pastes, Gourmet Wafers, Gluten Free Rice Wafers, Waferbites, Honey Plus and Frubees.
They are passionate about creating innovative gourmet food products. Today Rutherford & Meyer are a thriving export company with markets in Australia, North America, Asia & Europe as well as at home.
In their own words….. 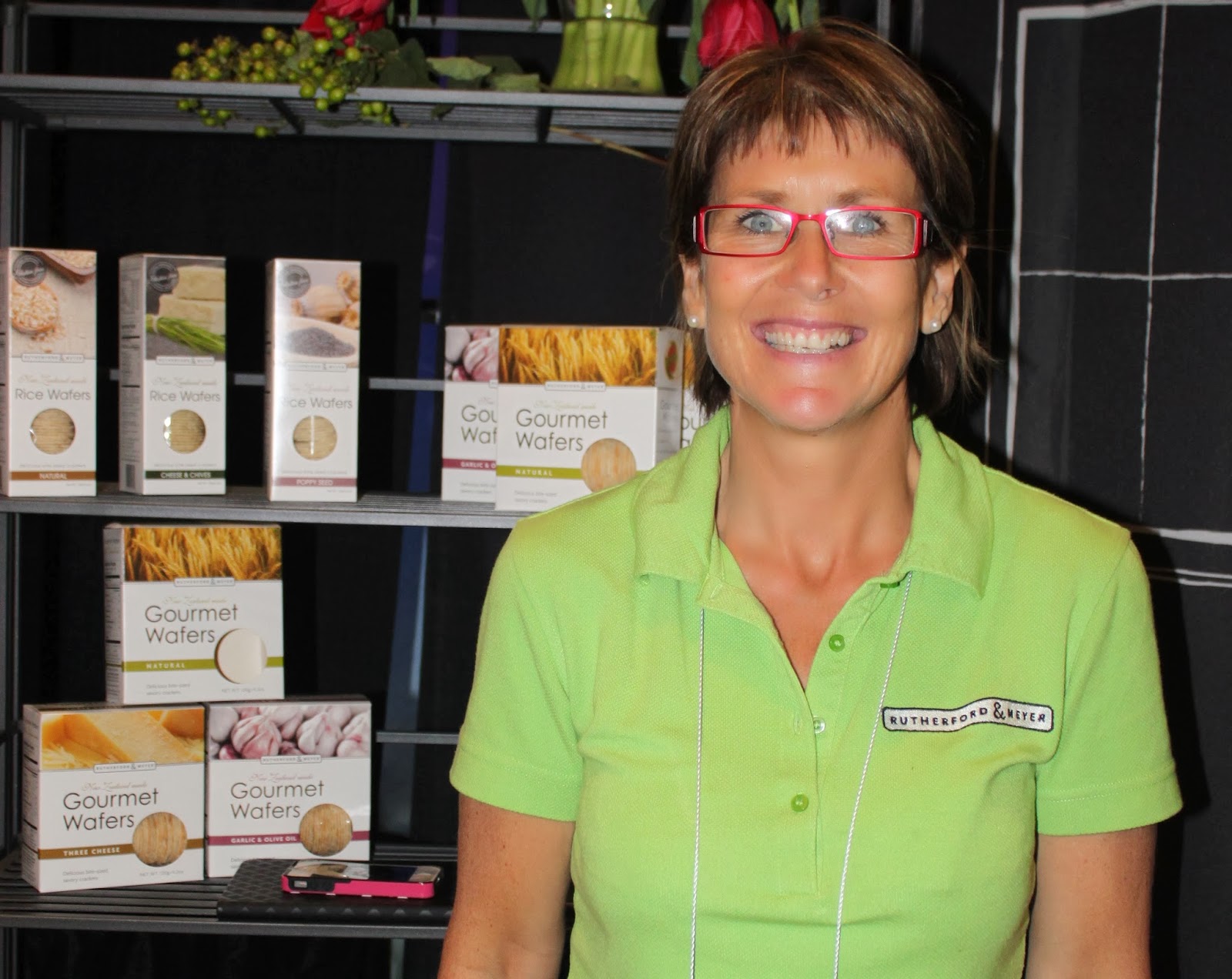 For us, the best type of food is food which is shared with family and friends. We search the world for great friendship food traditions& exotic tastes and flavours – delights of the world; unique recipes; fantastic taste experiences – bringing alive food traditions often long forgotten. In the same way the English took home curry powder from India to make their famous Colman’s mustard and the tea industry from Ceylon, each product range we create carries with it an interesting story of discovery, culture and friendship.

We bring those ideas, and the finest quality ingredients back to New Zealand to create products for you to enjoy with friends. When you think about socialising, we want you to think Rutherford & Meyer — a collection of the world’s great food delights — unique products that provide a memorable and enjoyable eating experience.

The Fine Cheese Co. has been owned and run from the beginning by Ann-Marie Dyas. A judge at both the British and World Cheese Awards, Ann-Marie is committed to the survival of traditional cheese-making, and to introducing farmhouse cheeses to as wide a public as possible.
Importing artisan cheeses also from France, Italy, Spain and Holland, the Fine Cheese Co. has sought, cared for and loved hand-made cheese. 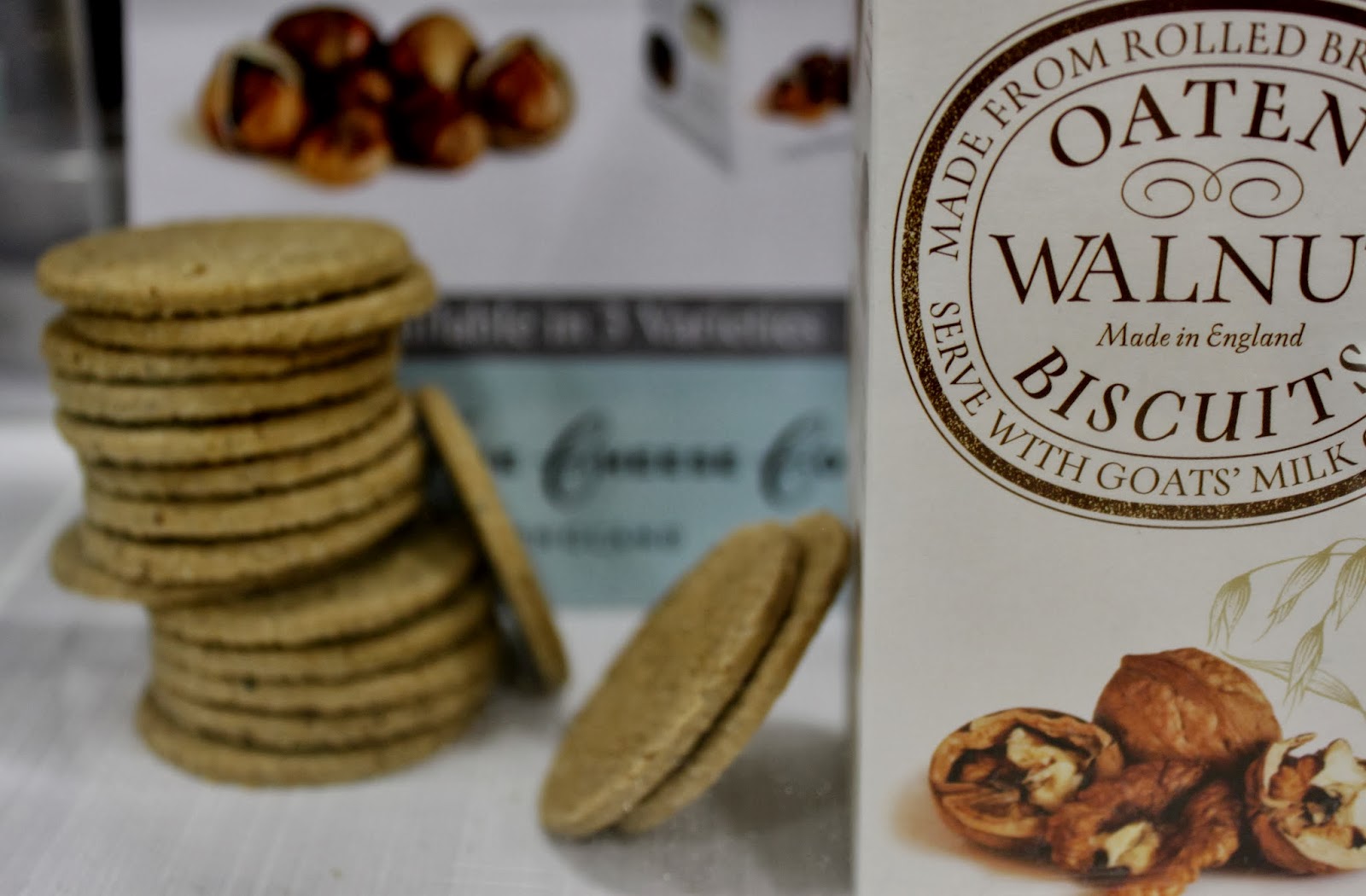 They have also made it their business to know what flatters it and makes it a new experience, with a dedicated and unique ranges of Crackers (made by our sister Company, Artisan Biscuits), Fruits, Whole Fruits, Chutneys, and English Pickles for Cheese are the result.

Bringing a taste of New Zealand to your door for the past 25 years.


Family owned and run we pride ourselves on great customer service and our quality products. Pacific Resources is the US store front for Companies such as Arataki, Nelsons Honey, Mossops Honey, Dominion Salt and more. 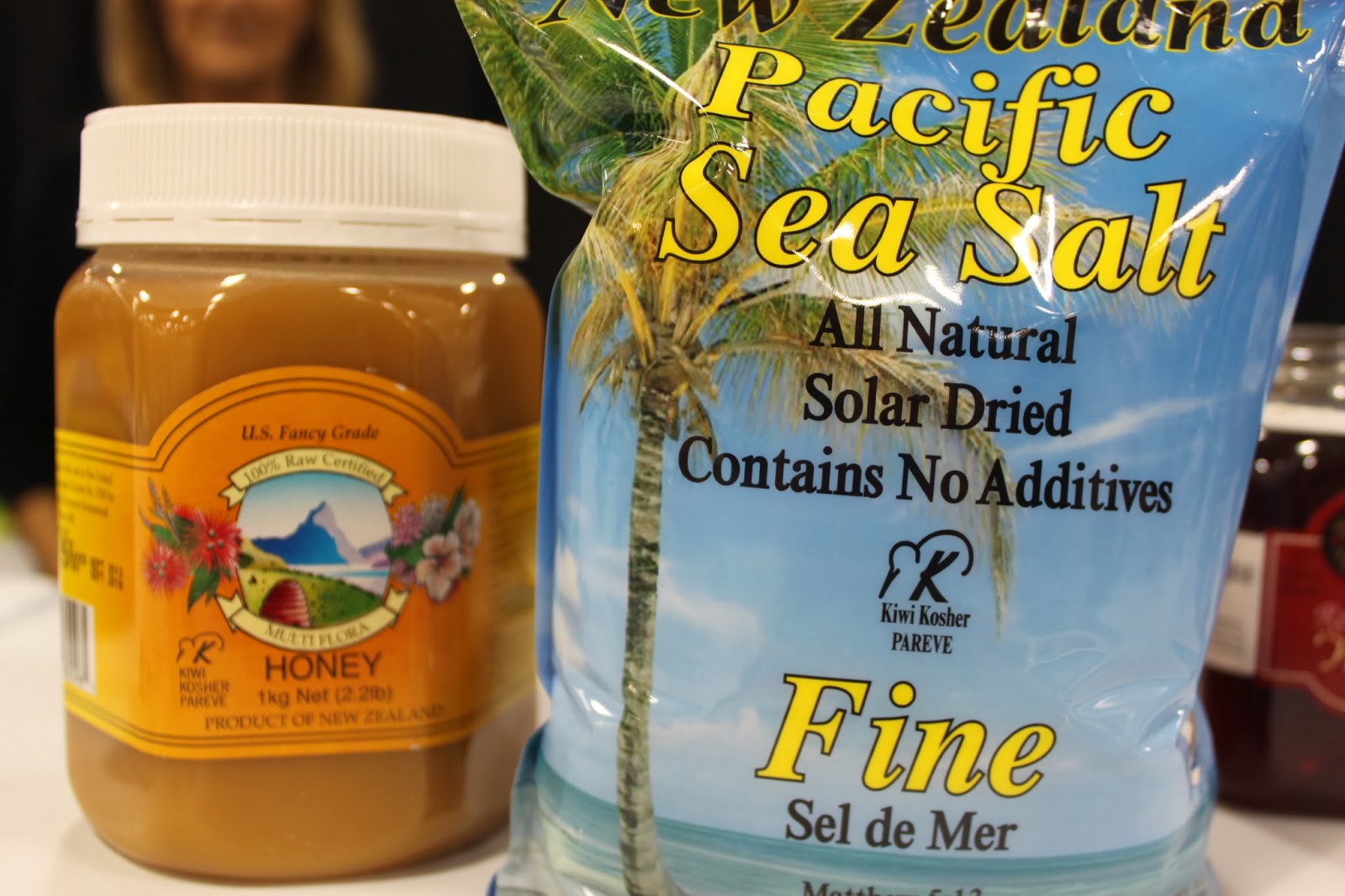 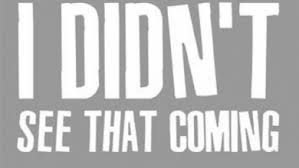 Our two guests bring their own perspectives, both masters of their own art. Gillian Ballance a Master Sommelier and educator with Treasury Wine Estates, and Nash Cognetti, Executive Chef of Tra Vigne, give you a glimpse into worldwide trends and forecasts.  Prepare yourself for the great year ahead!

Ms. Ballance has spent 20 years in the fine dining and hospitality industry with previous positions in well-known Bay Area, Santa Barbara and New York City restaurants. In April of 2013, she joined Treasury Wine Estates as Education Manager for the West.

Ms. Ballance comes to Treasury Wine Estates after a Wine Director position at  Cavallo Point. Prior that, she served as a wine consultant & sommelier for  Bottega Restaurant in Napa Valley. Formerly the PlumpJack Group's wine director between 2004 and 2009, she received Food & Wine Magazine's "Best New Restaurant Wine List 2005" for the newly opened Jack Falstaff restaurant.

Prior to her move to the Bay Area, Ms. Ballance was the opening wine and beverage director at Bacara Resort in Santa Barbara. There she created and oversaw the beverage program, including maintaining the 20,000-bottle wine cellar for Miro Restaurant, recipient of the Wine Spectator’s “Best of Award of Excellence”.

Ms. Ballance came to Santa Barbara from New York City, where she worked at Picholine,Cello Restaurant and Windows on the World. She also has acted as a guest judge for several wine competitions and conducted wine seminars and lectures. In 2012, she passed the esteemed Master Sommelier Diploma Exam through the Court of Master Sommeliers, representing one of 19 women  in the world. She received her Higher Certificate of Distinction as well as her Diploma in Wines & Spirits from the British Wine and Spirits Education Trust. Ms. Ballance has a BFA from the Tisch School of the Arts at New York University and grew up in Tulsa, Okla. 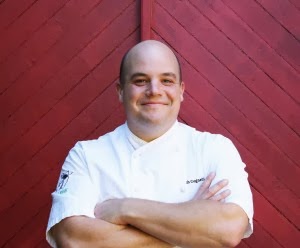 Anthony “Nash” Cognetti, began his culinary career at the ripe age of twelve working in the family business, Notarianni Produce Company in Scranton, Pennsylvania. The company, started by his immigrant Italian grandfather, eventually became the largest produce distributor in the state of Pennsylvania. Nash reports that all the children in the Cognetti family, uncles and cousins alike worked at the company as they were growing up.

When he was a 17-year-old high school student, he got his first kitchen job at Agolino’s Restaurant to earn money for college tuition. Later, while a student at the University of Vermont he supported himself working full time as a sous chef at Burlington Bay Cafe, a restaurant and retail fish market.
Nash graduated from the University of Vermont in 2001 with a Bachelor of Science in Business Management. A post graduation road trip down the California Coast led Nash away from his formal education and back into the kitchen. He hit pay dirt when he dined at Ventana Inn and Spa in Big Sur, introduced himself to the Chef, and was hired on the spot as a line cook. During his tenure there, he enjoyed living in a rustic cabin on the picturesque resort grounds. His experience in Ventana’s four-star kitchen made Nash realize that his passion was cooking. He moved to San Francisco and enrolled in the California Culinary Academy to formalize his education. 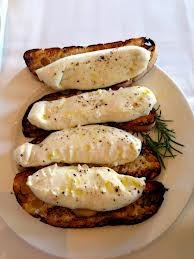 In 2005 he yearned to live and work in California’s Wine Country, and found a home at Tra Vigne Restaurant in St. Helena where he became the Executive Chef in 2006. Tra Vigne is the perfect match for his personality, passion, talent, culinary skills and formal education. Locals and visitors alike have given him a warm and enthusiastic welcome in the Napa Valley.
In the fall of 2006, he spent six weeks as Estogier at Il Falconniere, a two-stared Michelin restaurant in Cortuna, Italy. Nash describes this experience as a mind focusing experience guiding his direction for the kitchens of Tra Vigne Restaurant, Pizzeria Tra Vigne Restaurant and Real Events Catering.
Nash, who was on the golf team in high school and college, still finds time to play golf at least once a week. He lives with his girlfriend, Gillian in downtown Sonoma, enjoying his new roots in the Wine Country.