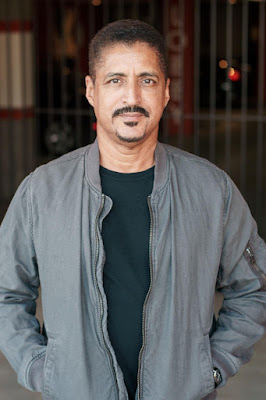 Everyone is quite aware that launching a successful career as a movie actor is a difficult challenge.  But rare is the soul who manages to do so twice.  Such is the case with Kirk Taylor, whose career as a supporting actor working for the likes of Stanley Kubrick and Spike Lee in the 1980s eventually lead to a successful second career as an acting coach, musician and composer.  Now, with his upcoming appearance as the apostle Simon Peter in the feature film musical “Revival!,” Taylor has found his own “second act” as a film performer, and couldn’t be more thrilled to see what the next chapter brings.

“Every time I have thought I would give up acting, and move on to something else I love, some opportunity would come up and lure me back in,” says Taylor, reflecting on his now three-plus decades as a professional.  “There was a time a few years back when it felt like the right time to move on,” he recalls.  “I talked and prayed with my wife about it, and decided to leave acting, and literally two minutes after our conversation, the phone rang, and my agent told me I had landed a role.”  That role turned out to be for “The Angriest Man in Brooklyn,” one of the last films to star the late Robin Williams, and reunited Taylor with director Phil Alden Robinson, who had previously cast him in “The Sum of All Fears” (with Ben Affleck) and “Freedom Song” (with Danny Glover).
In a similar way, the part of Simon Peter (called “Cephas”) in “Revival” found Kirk Taylor (rather than vice-versa).  “My wife was a script supervisor on the project, and a friend was producing it, and they recommended me to Harry Lennix, the executive producer.”  Taylor was again a bit reticent to dive back into acting – he’d been working steadily as a respected acting teacher for a while – so he was surprised when Lennix offered him the part.  “It’s one of the best parts in the film,” Taylor enthuses.  A musical retelling of the Gospel according to John, is the passion project of Lennix (“The Blacklist”), co-directed by Danny Green (“Troubled Waters”) and Obba Babatunde (“Miss Evers’ Boys.”) with music written by gospel music star and three-time Grammy nominee Mali Music.  Taylor will co-star with an all-star cast that includes Lennix, Chaka Khan, Michelle Williams, T’Keyah Crystal Keymah, Dawnn Lewis, and others.

The role seems like one well-suited for Kirk Taylor, who has balanced his spiritual and professional lives for many years.  A graduate of NYU, Taylor cut his teeth studying with the great generation of method acting teachers, including Lee Strasberg and Stella Adler, before making his first uncredited screen appearance as a waiter in Francis Ford Coppola’s “The Cotton Club.”  While on the set, Taylor was inspired to suggest a bit of business involving bringing a bottle of champagne to Dutch Schultz (played by James Remar).  Failing to get the approval of the assistant directors, he took advantage of seeing director Coppola on his own to boldly offer the bit for the scene and some improvised dialogue.  Coppola loved the idea and put the scene in the film.  For a while, Taylor was sky-high – until he saw the film, and realized that because his scene wasn’t scripted, his name was not included in the credits.  “I was crushed! I literally cried in the back of the theater, then walked into the lobby wondering if this career was a big mistake,” he says.  “Then two girls walked up to me and said ‘hey, aren’t you the guy who played the waiter?’”  His faith in himself restored, Taylor knew he was in the right place.

“I call that a ‘God wink,’” Taylor says, regarding other times in his career when he was down and felt comfort from unexpected places.  It happened again after he appeared as a cop in the Sundance drama “MacArthur Park” in 2001.  Immersing himself in the supporting role by spending time with both police officers and drug addicts, he was again chagrined to discover at a screening that his name had been left out of the credits (an error on the part of the producers).  Again, struggling with disappointment in the lobby, he looked up to see one of the screening guests heading towards him – no less than Sidney Poitier, whom Taylor had admired growing up.   “Excuse me,” said the esteemed actor.  “Did you play the cop?  I didn’t know if you were a real cop or an actor, and I thought to myself, ‘that cop should be an actor.”  Barely able to hear the words, Taylor said something about being missing from the credits, only remembering Poitier tell him, “Where you are going in your career, being left out of the credits will not matter, because of the presence you bring to the screen.”

The “God winks” are observable in Taylor’s impressive list of credits on screen and stage.  He plays a key role in the second half of Stanley Kubrick’s classic “Full Metal Jacket;” played the memorable and iconic thug known as “The Giggler” in “Death Wish 3” with Charles Bronson; an equally memorable role as Crunch in the Berry Gordy-produced cult classic “The Last Dragon”; appeared in Spike Lee’s “School Daze” as Sir Nose; and has guest starred on “Law & Order,” “Chicago Hope,” “All My Children,” and “NCIS: Los Angeles.”  His major stage credits include “5 Guys Named Moe” (Broadway Tour), “Three Sisters” (Actor’s Alley), “Our Town” (South Coast Rep), and opposite Chaka Khan in the Stevie Wonder-inspired Vegas tribute show, “Signed, Sealed, Delivered!”  New York credits include off-Broadway stints in “The War Party,” “King Lear,” “Macbeth” (directed by Geraldine Fitzgerald), and on Broadway in the Beacon Theatre production “What Men Don’t Tell.” 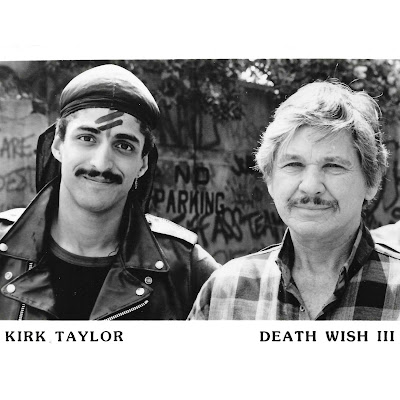 He’s also been an in-demand acting teacher, beginning his teaching career at the Lee Strsasberg Institute, and continuing to channel the spirit and work of the legendary coaches who so influenced him (he’ll quote Stanislavski acolyte Richard Boleslavski – ‘Acting is the life of the human soul receiving its birth through art.’)  Among his students are notable actors like Karina Lombard (“The Firm,” “The L Word”), Jose Zuniga (“Madam Secretary,” “Snowfall”), and Chandra Wilson (“Grey’s Anatomy,” “Philadelphia”).

A talented musician and composer in his own right, Taylor found much to embrace in taking on a major role in “Revival!” – that of Cephas (known today as Simon Peter), the apostle who publically denies his knowledge of Christ in the final days leading up to the arrest and crucifixion.  Combining music, acting, and his own strong faith is another “God wink” for Taylor.  “So often in this business, you have to put your faith aside – you’re a professional doing a job,” he explains.  “But I’ve always felt, whether acting or teaching, that I was called to do this.  This business will either build your faith or destroy it – you need faith to navigate the infested waters, deal with the long delays, the disappointments, and my faith always carried me through those times.”

In the case of “Revival,” says Taylor, “faith is front and center.  Personalizing what Peter went through, the denial, his failure as a person – it was agonizing.  And, of course, it was the scene I needed to nail on my first day on the set!  Through much of the scene I definitely needed divine help. They did everyone else’s shots first with me carrying the emotional weight of the scene, and in tears for over 10 hours. I almost had nothing left for my own coverage!”  As the cameras were put on him for his close-up, Taylor took a moment to gather himself in private and pray:  “I fell on my face, and said, ‘Lord, this is going to be on film forever, people are going to watch this.’”  He emerged to nail his scene, and the scene proved effective when he watched it months later in a cut of the film.  “It’s one of only two instances in my life when I completely saw the character and not myself,” he says.  “It wasn’t me – I watched it and cried for the guy, for his natural desire to live, but not wanting to walk away from his calling.”

“In that way,” Taylor observes, “he really symbolizes me, wanting to move into other waters, but my calling wont’ let me leave.”  With a release scheduled in ten cities in time for the holiday season, “Revival!” just might go a long way toward providing a revival to the film career of Kirk Taylor.  And this time, to be sure, his name will be in the credits, with more winks from God seemingly very likely in the near future. 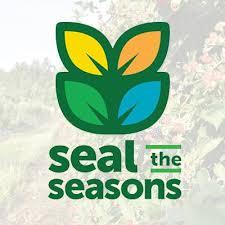 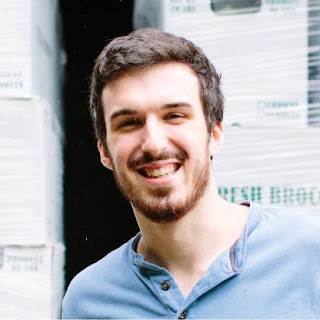 In November, Patrick Mateer, the CEO and founder of Seal the Seasons, was named the recipient of the 2019 Specialty Food Association Leadership Award for vision.

“This is a great honor for me, but more important is the recognition of the growing value of local food in our society,” said Mateer. “If we want to have farms here in America, we need to support them and supporting local farms is easy when they grow such great tasting fruit.”

The Leadership Awards, which are in their seventh year, honor food business pioneers who use business to create positive social, economic and/or environmental impact. Miyoko Schinner of Miyoko’s won the Leadership Award for business leadership, while Lisa Curtis of Kuli Kuli won the award for citizenship.

This is Mateer’s third major award for Seal the Seasons in the last 12 months, as he was also named a Progressive Grocer GenNext Award honoree in November and a Forbes 30 Under 30 for Social Entrepreneurship winner in November of 2017.
Mateer will receive the award at the Leadership Awards Ceremony and Reception on January 13 at 5 p.m. at the Moscone Center in San Francisco. He will be available for interviews after the awards ceremony on Sunday, as well as during the show on January 14 and 15. 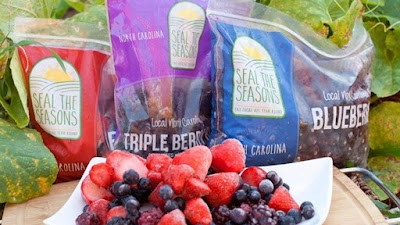 Seal the Seasons will continue its expansion efforts this winter by adding distribution into the Pacific Southwest with California-grown products.

Consumers want LOCAL fruit year-round, but typically they can only access it a couple weeks out of the year when a crop is in season. By freezing it, Seal the Seasons makes local frozen fruit available 365 days a year. Seal the Seasons envisions a world in which consumers have access to LOCALLY-grown food in every aisle of the grocery store year-round.

For more information about Seal the Seasons, contact Elizabeth Robins via email at elizabeth@sealtheseasons.com and by phone at (919)-245-3535 ext. 108. For the latest updates, make sure to follow @SealtheSeasons on Twitter and Seal the Seasons on Facebook. 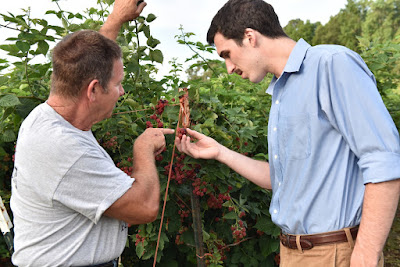