One of Slow Living Radio's favourite topics on the board of fare with this entertaining show featuring father and daughter team and their restaurant, Vertical Detroit, and recently retired Napa Valley icon Chef Bob Hurley. 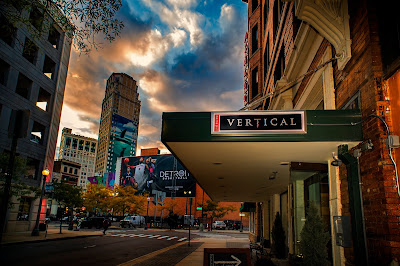 Jim Lutfy was born and grew up in Southfield, Michigan, about fifteen minutes outside of Detroit.

He attended Oakland University in Rochester, Michigan, until his family asked him to return to the family business, Cloverleaf Market, which was located in his home town, Southfield. At Cloverleaf, he developed a wine program that was unique to the state---he was a merchant who targeted high end customers. He created an environment focused on personalized service and wine connoisseurship.

Over time, he was profiled as an industry leader in the retail wine business by publications including Market Watch, Wine Spectator, Detroit Free Press and Crain’s Detroit Business. In 1993, Jim moved his business to Livonia, opening The Fine Wine Source.

Fine Wine Source is a specialty wine shop rooted in the idea that all wine has a story. “It is our passion to tell you that story, and help you understand the heart and soul of each bottle. Whether you are uncorking a delicate Grand Cru Burgundy or a simple Chianti Classico, we want you to realize the artistry in each and every bottle,” Jim explains.

Jim and his wife Livvie are so devoted to wine and spirits that they named their daughters, Remy and Margaux, after their favorite cognac and French wine, and their dog Piper, after Champagne. Livvie works at Fine Wine Source handling day-to-day operations and marketing efforts.

Jim and Livvie’s daughters Remy and Margaux worked in the store while growing up.
Jim and Remy dreamed about opening a combined wine store-wine bar-restaurant…and after years of searching for the right spot, they opened Vertical Detroit in 2015. Livvie was a key part of the team, heading up the décor and design elements. The Lutfy family even created furniture from salvaged wood from Detroit homes with the help of Reclaim Detroit.
Vertical Detroit was created in the building which was once the Henry Clay Hotel in the 1920s, located in the Paradise Valley neighborhood of downtown Detroit. 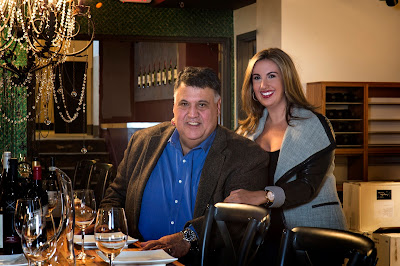 Remy Lutfy was born and raised in Grosse Point Woods, outside Detroit. She spent her summers in high school interning at different wineries in the Napa Valley, including Darioush, Spelletich Cellars and Schweiger Vineyards. Remy attended the University of California, Davis to study winemaking and then transferred to the University of Michigan, realizing her passion was in the retail end of the wine business. She graduated with a degree in Finance and History.

She spent ten years working at the family wine store, Fine Wine Source. She and her father and mother Livvie began dreaming about opening a state-of-the-art wine-bar/restaurant/retail establishment…..and then they opened Vertical Detroit, in 2015.

Vertical Detroit is located in a historic neighborhood in downtown Detroit, and this summer was awarded The Wine Spectator’s Best of Award of Excellence, which recognizes that the restaurant’s wine list “displays excellent breadth across multiple winegrowing regions and/or significant vertical depth of top producers, along with superior presentation” and “…is a destination for serious wine lovers, showing a deep commitment to wine, both in the cellar and through their service team.”

“We are both a wine bar and an elegant destination restaurant,” explains Lutfy, and she continues, “so this honor recognizes our efforts both in the wine arena as well as cuisine.” “We have regulars who come in for an unusual glass of wine and fries and others who enjoy our vertical flights complementing their dinners,” she adds.

Vertical Detroit’s wine list features more than 2,200 vintages by the bottle and 100 by the glass, as well as choices of four different 4-wine vertical flights. Vertical Detroit presents wines in one of fifteen different types of varietal specific Riedel glassware.

Although Remy nearly spends every waking hour at Vertical Detroit, she loves to travel and works in her love of fitness when she can. She and her family spend lots of time together as well. 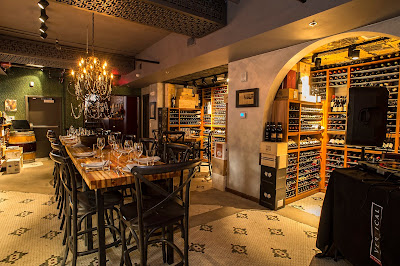 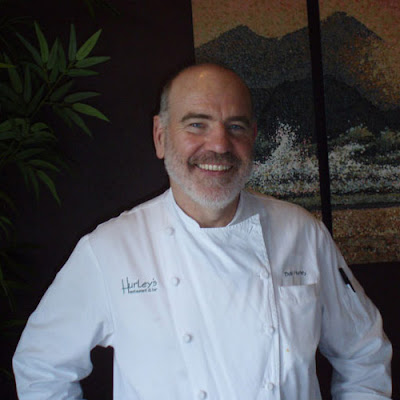 In the summer of 1988 Chef Bob Hurley planted his roots firmly in the California Wine Country, first as a chef at Domaine Chandon, then later as Executive Chef at the Napa Valley Grille.

In November 2002 he opened his own restaurant, Hurley's Restaurant, in Yountville, California, and now, after nearly 17 years, he’s hanging up his apron (well, professionally that is).
Chef Bob Hurley is a world traveler and a devotee of the culture, cuisine and lifestyle of many other countries. His years of trekking and working around the world provide the basis for his theory that Napa Valley is no longer a melting pot of cuisines from the rest of the world; but they have come together to create a Napa Valley regional cuisine.  Chef Hurley says that concurrent with the development of the Napa Valley’s prestigious wine industry, the origins and methods of local cooking have changed.  Prior to the wine industry’s rise to prominence, cuisine of the Napa Valley was often prepared using methods defined by the limitations of experience.  Then with the success of the wine industry, its corresponding tourism and the plethora of cooking schools, the food of the region has become influenced and includes the tastes of Asia, Europe and Mexico, as well as other regional and ethnic areas of the United States.

Since Chef Hurley began cooking professionally more than 30 years ago, he has always had a strong belief that the use of regional, seasonal ingredients is important on many different levels.  It promotes sustainability, showcases local producers and provides the finest dining experience to the customer.  He says that the Napa Valley is particularly blessed with a wide range of such products, from produce and meats to fish and fruits, as well as artisanal breads, cheeses, oils and much more.

Always the first to respond to the needs of the non-profit sector, Chef Hurley has been a regular participant in charitable events including Guide Dogs for the Blind,  the Veterans Home of Yountville Luncheon and Pathway Home Programs,  Napa Valley Wine Auction,  Copia: American Center for Wine, Food and the Arts, the Napa Valley Academy Awards AIDS benefit, the Napa Valley Mustard Festival, VIP chef for Hands Across the Valley food bank, the Staglin Family Vineyard Music Festival for Mental Health and many others.  Other Napa Valley community events he actively participates in are the Napa Valley Film Festival, Sense Yountville, Flavor! Napa Valley, Yountville Festival of Lights and is an active board member of the Lincoln Theater Center For the Arts located at the historic Yountville Veterans Home.  He also finds time to do a large number of food and wine demonstrations.

Chef Hurley has brought his Napa Valley cuisine to the famous James Beard House in New York City several times and was also named a Shining Star Chef by Cooking Light Magazine.  He has been a regular on San Francisco’s Bay TV and has appeared several times on the award-winning California food show, Bringing it Home with Laura McIntosh.  Chef Hurley is a featured chef on the nationally syndicated PBS special “The Great Chefs of Napa Valley”.