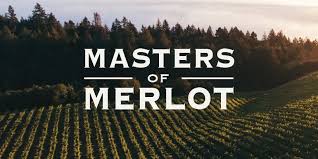 Tonight, Slow Living radio host Steve Andrews and co-host Chef Bob Hurley start our first half-hour talking about the changing landscape and trends in the Napa Valley culinary scene as a prelude to a fabulous upcoming event at Copia in Napa showcasing the resurgence of a classic wine varietal at the Masters of Merlot.

The secret is out. Merlot is back! Join us for an exclusive opportunity to taste the best Merlot from wineries throughout the West Coast. Presented in two parts, the celebration will take place at CIA at Copia, the ultimate Napa Valley destination for experiencing the world of food, wine, art, and community. Your exploration will begin with a seated seminar and tasting featuring “Wine Wise Guy” Anthony Giglio and four masters of Napa Valley Merlot. Afterwards, you’ll enjoy a walkaround Merlot tasting featuring up to 20 wineries with culinary bites prepared by CIA chefs.
In partnership with #MerlotMe.
Tasting Seminar – Masters of Merlot: Tasting Napa Valley’s Top Merlots
Merlot is one of the great wines of the world, and when grown in the right place, it shows its pedigree better than any other variety. Napa Valley is undoubtedly one of those places. For this seminar, we’ve brought together some of the most passionate and admired wine producers in Napa Valley to showcase some of the most coveted Merlots available, including Duckhorn’s Three Palms Merlot, which was named Wine Spectator’s #1 Wine of Year in 2017.
Walk-around Reception
The walk-around reception will feature up to 20 West Coast wineries who will be showcasing their top expressions of Merlot. A selection of culinary bites prepared by CIA chefs will also be offered.

PANELISTS:
Moderated by Anthony Giglio:
Anthony Giglio is one of the most entertaining wine authorities on the planet. He is a writer, educator, and raconteur who motivates countless imbibers to trust their own tastes. Giglio’s witty, unpretentious style can be discerned in the weekly “Wine Wise Guy” column he writes for FOOD & WINE, for whom he is a longtime Wine & Spirits Contributor. Anthony is also the Wine Director for The Centurion Lounge, a groundbreaking network of premium airport lounges by American Express. Giglio has written 11 books, including three editions of the annual FOOD & WINE Wine Guide review of 1,000+ wines; five editions of the enormously popular Mr. Boston Official Bartender’s Guide, his highly-regarded first book, Cocktails in New York, and his latest, Passport to Italian Wine, the first in a series of regional booklets.
SEMINAR WINES: 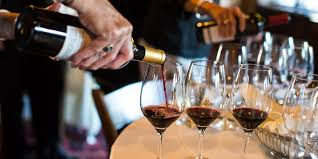