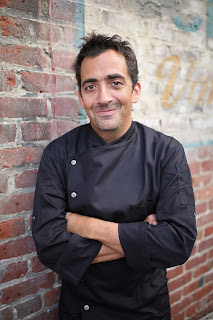 Matthew Dolan has been passionately developing his culinary talents since he was fourteen years old.  He received his formal training at the Culinary Institute of America in Hyde Park, New York and credits his work alongside professionals who honored the craft – including many “salty old European chefs” that ran well-organized and disciplined kitchens – as providing him with the fundamentals he needed to excel.

From New Orleans, New York City, Nantucket Island, and Helsinki, Finland, he has strived to improve his technique while being exposed to a variety of restaurant environments.  Dolan became part of the San Francisco dining scene with a successful run as executive chef at Garibaldi’s on Presidio.  At Twenty Five Lusk, Dolan realized his dream of building his own kitchen, where he continues to deliver inspired cuisine that demonstrates his passion and commitment to excellence.  He is a member of the United States State Department Chef Corps, has been featured at the prestigious James Beard House on two occasions, earned a coveted Michelin Star, and continues to make numerous television and radio appearances here in the San Francisco Bay Area.  In November of 2014, Dolan opened his second restaurant, Tap [415] in San Francisco’s Westfield Centre.

Currently, Dolan also consults on a new restaurant in Sonoma wine country, is building another restaurant in San Francisco, and teaches a quarterly workshop at The San Francisco Cooking School where he also sits on their Board of Advisors.  Realizing his responsibility to the community, Dolan also supports Project Open Hand, the No Kid Hungry campaign, Make-a-Wish Foundation, Kristi Yamaguchi’s Always Dream Foundation, The American Heart Association, The American Cancer Society amongst many other local charities. 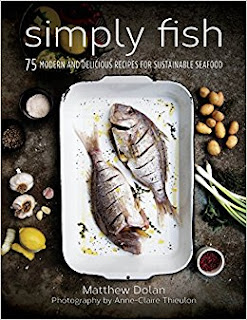 The frequency of eating fish and seafood has grown worldwide due to the rising interest in healthy living and the desire to add more variety to our diets. Simply Fish explores a wide range of recipes, techniques, and secrets to delivering a restaurant-quality experience in your own home, simply through cooking fish!

Chef Matthew Dolan offers his own collection of stories and delicious fish and seafood recipes for a great variety of appetizers, main courses, sauces, side dishes, and desserts—even adding a scattering of wine pairing suggestions along the way. In Simply Fish, you will learn how to cook healthy and delicious fish for every season, from casual and quick get-togethers to the adventurous larger gatherings. 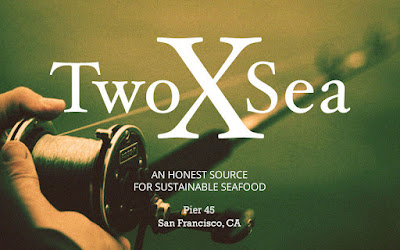 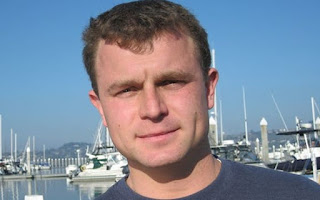 Innokenty Belov was born in Moscow, Russia in 1976. His family moved to the United States when he was five years old, and at 17 he was introduced to the world of ocean fishing in Florida. After moving to San Francisco in 1996, he left a career in professional photography to develop a new concept in environmentalism—a socially responsible restaurant with a soul focus on sustainability.

Sustainable is a word that, as of late, has been misused to suit the needs of some just trying to increase profits. TwoXSea was founded on honesty, transparency, and the following six sustainability criteria:

1.    The harvesting of all fish they sell has left more than enough fish for future generations, and caused no habitat destruction.
2.    There is no loss of marine life through incidental catch, “Bycatch”, in the harvesting process.
3.    Farming products they sell did not involve: use of chemicals or medicines, adverse use of feed from wild sources, introduction of non-native species into local fisheries, or inflict economic adversity on families and communities.
4.    The person who caught the fish was paid fairly for the work they did to bring it to you.
5.    The fish can be traced back to the vessel that caught the fish, and proper guarantees are in place regarding the honest origin of the fish.
6.    The fish comes from as local an area as possible, thus reducing carbon emissions and restoring regional cuisine.

TwoXSea is working towards a better, renewable future that ensures seafood for generations to come. We welcome your questions, insights and opinions – we can’t do this alone!