Tonight Slow Living Radio's host, Sally James, brings you an Australian wine tour, with a taste of each region and the iconic varietals. Click here for a wonderful overivew by The Wine Society.  Next Randall Grahm of Bonny Doon Winery, will bring us his story and  their new sparkling pink wine - in a can! 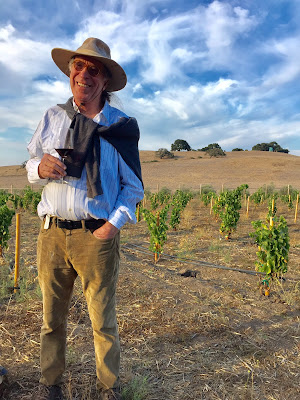 Like Columbus who sought a trade route to Asia, Randall Grahm set sail in 1979 for the Great American Pinot Noir, foundered on the shoals of astringency and finesselessness and ended up running aground in the utterly unexpected New World of Rhône and Italian grape varieties. 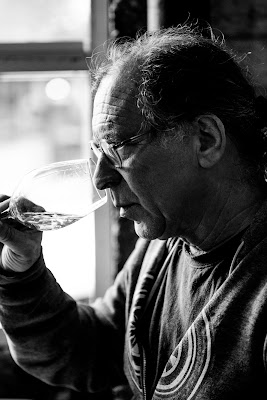 Randall was born in Los Angeles in 1953 and attended the University of California at Santa Cruz where he was a permanent Liberal Arts major. Some time later he found himself working at the Wine Merchant in Beverly Hills sweeping floors. By dint of exceptionally good karma he was given the opportunity to taste an ungodly number of great French wines and this singular experience turned him into a complete and insufferable wine fanatic. He returned to the University of California at Davis to complete a degree in Plant Sciences in 1979, where owing to his single-minded obsession with Pinot Noir he was regarded as a bit of a holy terroir in the hallowed halls of the sober and sedate Department of Viticulture and Enology.
With his family’s assistance, Randall purchased property in the Santa Cruz Mountains in a quaint eponymous hamlet known as Bonny Doon, intent on producing the Great American Pinot Noir. The GAPN proved to be systematically elusive but he was greatly encouraged by experimental batches of Rhône varieties, and he has been a tireless champion of the grapes of the Rhône since the inaugural vintage of Le Cigare Volant. In 1989 Randall appeared on the cover of the Wine Spectator, clad in blue polyester, as “The Rhône Ranger.”
In 1991 Randall was inducted into the Who’s Who of Cooking in America by Cook’s and in the same year was honored to have the “Rhoneranger” asteroid named in his honor. He was proclaimed the Wine and Spirits Professional of the Year by the James Beard Foundation in 1994. His idiosyncratic newsletters and articles have been collected, carefully redacted, and with the inclusion of some timely new material, published as the award-winning book, “Been Doon So Long: A Randall Grahm Vinthology” in 2009. In 2010 the Culinary Institute of America inducted him into the Vintner’s Hall of Fame. In 2010, he was incredibly fortunate to have been able to purchase an extraordinary 400-acre property near San Juan Bautista, which he calls “Popelouchum,” (the Mutsun word for “paradise”), and has very ambitious plans to breed 10,000 new grape varieties there and perhaps produce a true vin de terroir in the New World.  He lives in Santa Cruz with his muse Chinshu, their daughter, Amélie, and his thesaurus.