Slow Living Radio welcomes two oyster aficionados to the show tonight.  Julie Qiu has had a personal mission since her teens to learn all she can about oysters, and her wealth of knowledge is extraordinary. Her website, "In a Half Shell" is an oyster 101, with oyster trails, how to shuck, oyster bar directory and pretty much anything you will need to know about oysters.

Our second guest is a shellfish biologist working with Jamestown Seafood and the Jamestown S'Klallam tribe, marketing the delicious Sequim Bay Oysters, helping restore native habitat, and so much more.  Hear their fabulous stories, and enjoy some oysters and bubbles while you do!

Julie Qiu
IN A HALF SHELL : An Oyster Blog for the Bivalve Curious
blog | instagram | twitter | book | map | class 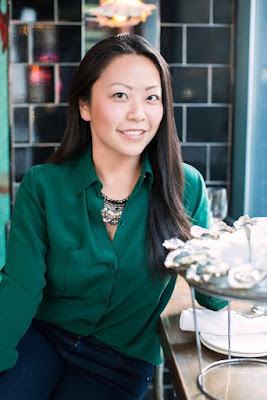 Julie is an international oyster expert and founder of the award-winning In A Half Shell oyster blog. Since 2009, Julie has travelled the world in search of the most exceptional oysters, growers, and destinations. She has tasted over 300 oyster appellations spanning across 6 continents. Julie specializes in creating bespoke oyster appreciation experiences including the New York Oyster Crawl, Oyster Omakase Pop Up Tasting Club, and is the co-author of the 33 Oysters on the Half Shell tasting journal and New York Oyster Map. In A Half Shell has been recognized by the International Association of Culinary Professionals as a finalist for “Best Personal Instagram of 2017”, as well as one of Fathom Away’s “Best Travel Blogs” and SAVEUR’s “Sites We Love.”

About Australis Aquaculture
Australis Aquaculture is an award-winning provider of healthy, sustainable seafood, marketed under the banner of The Better Fish®, A Better Fish, A Better World, A Better You™. The company spearheaded the introduction of barramundi as a key culinary trend in North America, and now offers a full line of barramundi products to the retail and foodservice markets under the Australis, Clean Harvest and The Better Fish brands and through private label products. The company operates two barramundi farms and sells its products to leading retailers and foodservice companies in North America, Australia, Asia and Europe.  For more information, visit thebetterfish.com. 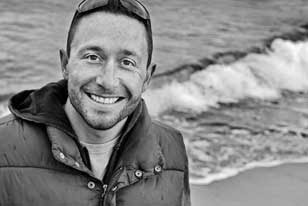 Ralph has been the Shellfish Biologist for the Jamestown S’Klallam Tribe since 2013, conducting shellfish population surveys and seeding beaches for sustainable harvests. He is the dive safety officer for geoduck (“goey-duck”)  fleet and work on aquaculture permits.

Over the last year and a half, Ralph has been working the shellfish aquaculture venture: Jamestown Seafood, selling oyster seed which is produced in their two hatcheries. And as of December 2017, Ralph took on marketing and sales of the Sequim Bay oysters to restaurants and distributors in Seattle, LA, Boston, New York, Portland Maine and other US destinations.

Prior to joining Jamestown, Ralph worked in Samoa, Saipan, Vietnam, Cambodia and New Zealand, working on marine environmental and community projects. Growing up in coastal Rhode Island, where his father was a part-time commercial fisherman, he studied marine biology. Part of his undergraduate research involved surveying benthic invertebrate populations living in healthy, restored and disturbed eelgrass beds in Narragansett Bay for an organization called Save The Bay®. In search of making a bigger impact, Riccio joined the Peace Corps and was assigned to work for an NGO on coastal ecosystem rehabilitation in Western Samoa, where he lived with the Apolima-Uta Tribe, learned their language and became part of the family while cleaning up a wetland and reintroducing mangrove populations back into their native habitat. 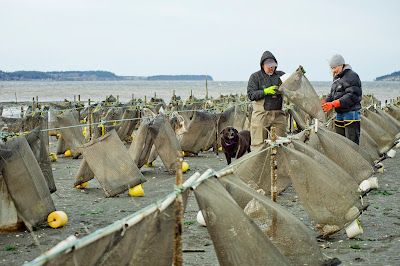 From here to NZ, Viet Nam and further, earning a Master‘s degree with the International Union for the Conservation of Nature (IUCN). What he loves about his work is that it has everything he was looking for – cultural and environmental diversity, and an opportunity to study, enhance and restore coastal ecosystems. In his spare time, he has been exploring the Olympic Peninsula, visiting his girlfriend in Seattle, and planning to fulfill his longtime dream of adopting a dog, now that he has settled down. He also enjoys fishing, mushrooming, hiking, hunting, photography, gardening, digging clams and drinking wine.

Jamestown Seafood’s oyster farm is nestled in the pristine waters of Sequim Bay (pronounced “skwim”) along the Strait of Juan de Fuca and just before the entrance to the Puget Sound.

Recognizing this watershed as distinctly different from the majority of oyster beds further along and deeper into the Puget Sound, the oyster industry is witnessing the emergence of something entirely new, distinctive and extremely delicious. 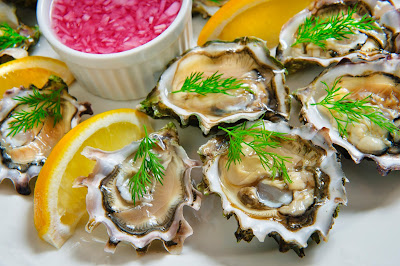