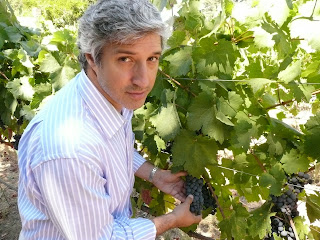 Emmanuel Kemiji , Proprietor
MIURA VINEYARDS
Born in the United States and raised in Spain and England, Kemiji is a graduate of the University of California at Davis. In addition to his Economics and Spanish Literature degrees, he studied Viticulture and Oenology, expanding his interest in wine and eventually leading to the formation of Miura Vineyards in 1995. Soon to follow were Candela in 1998, Almvs in 2000, Antiqv2s in 2001, and two projects in Spain – Arrels in 2003 and Clos Pissarra in 2005.
Kemiji acted as Ritz-Carlton Director of Wine & Spirits from 1988 to 1999, first at Laguna Niguel and then at the renowned Dining Room in San Francisco. In 1989 Kemiji became the twelfth American to pass the Master Sommelier exam in London, England and one of only nine to date to pass on his first attempt. In the same year, he received the “Sommelier of the Year” award by the California Restaurant Writers Association. Kemiji was also chosen “Wine Director of the Year” in the Critics Choice Awards, and was honored in the August 1999 issue of San Francisco Magazine. The San Francisco Chronicle named Kemiji as one of the “10 Winemakers to Watch for 2000.”
In 2006, Kemiji received the Wine Industry Achievement Award from the Anti-Defamation League for exemplary commitment to community and charity. In the past he has also been a wine judge at the Los Angeles County Fair and the San Francisco International Wine Competition.
MIURA VINEYARDS, PO BOX 6617  NAPA, CALIFORNIA 94581     TEL 707-566-7739
MIURA  • ALMVS • ANTIQV2S • CLOS PISSARRA 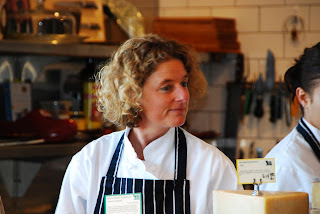 Thalassa (“Lassa”) Skinner
Thalassa_skinner@yahoo.com
General Manager, Oxbow Cheese Merchant (Napa, CA)
Founder, culture: the word on cheese (national cheese magazine)
In freshman year of college, Lassa landed a summer job in a start-up gourmet food store in Brookline, MA called ‘The Market.’ Fatefully, she was assigned to the cheese counter managed by a woman who had spent several years making cheese in the Loire Valley. After tasting an aged, raw milk crottin and real Brie de Meaux (unpasteurized milk), she was hooked for life.
Though majoring in archaeology, Lassa started a cheese and wine group at Yale and worked in a homemade ice cream store. After graduation, she stayed on in CT to write the operations manual for Ashley’s Ice Cream, which then franchised into four shops.  But the travel bug had taken hold and, along with a classmate from Yale, she spent a year circumnavigating Australia to research and write the travel guide Australia: Where the Fun Is! (Mustang Publishing, 1990). While down under, Lassa was contacted by the Smithsonian anthropologist that she had briefly interned with and accepted a position on his field crew in Kenya for the following year.
For the next 6 years, work was centered on Kenyan anthropology and archaeology (human origins) but the cheese and wine group ensued while in Washington, D.C. In fact, it became increasingly important to Lassa, who decided to leave academics and pursue the hands-on food world after a year-long trial stint in the South and West Australian wine regions. She returned to Boston and enrolled in Boston University’s 6-month Culinary Arts program with Jacques Pepin as one of its primary instructors. The transition from a tent in the Rift Valley to a commercial kitchen wasn’t an easy one, but she was determined to learn by doing. She graduated and immediately began working in a local restaurant, first on the line then taking on pastry and special events/catering, plus freelance catering jobs in both back and front of house for various Boston-based companies. At the same time, she began working at Formaggio Kitchen, a renowned cheese shop in Cambridge, MA—and was one of two women ever hired to work in this department. It was a crazy but formative time in her life.
Simultaneously, Lassa published food-related articles in numerous publications in local newspapers and magazines. She took a food-writing class from John Willoughby at Radcliffe and started up a long-term writing and food-sharing group with fellow students that was dubbed ‘Carpe Vino.’ Cheese was, of course, a large part of Lassa’s contributions every gathering…along with many bottles of carefully paired wines and beers.
Craving the warmer weather and locally grown produce, Lassa moved to northern California in the summer of 2000, where the produce and much of the food she had been working with in the east was actually grown. Through her Australian friends, she had contacts in the Napa Valley. She settled there and began working at Tra Vigne’s ‘Cantinetta,’ a local wine bar/restaurant in St. Helena, CA, where she was able to start up a cheese program to complement their wine by the glass program. Soon she was writing locally about food and wine in earnest.  Within two years, she became manager of the St. Helena Farmers Market and became very active in the community and local food systems. It was here that she became fast friends with farmers, cheese and charcuterie makers and other food producers—another formative time in her life.
Several years later, Lassa moved to the Barossa Valley, South Australia and helped start and run the Barossa Farmers Market, which was an instant success.  As in Napa, she became very active in the community and in regional outreach, coordinating numerous media days, local food/valley-related events for the general public, writing a weekly column for the local paper, and building connections with other farmers markets in the state and beyond.
She moved back to the Napa Valley in 2006 and joined forces with the Ferry Plaza Wine Merchant (San Francisco) to take on their new venture at the Oxbow Public Market in downtown Napa as their General Manager of the Oxbow Cheese Merchant, a cheese shop within a wine shop. It was here that she found Ricardo Huijon, who was in the cheese and deli department of St. Helena’s Dean & Deluca--and this team is currently building a formidable cheese store and reputation in the Napa Valley.
In Winter 2008, the first issue of culture: the word on cheese--the first national cheese magazine for general consumers—was published, co-founded by Lassa and two others (one in magazines and the other in cheese along with Lassa).  Its 11th issue (Fall 2010) has just been released and can be found in bookstores, cheese and gourmet food shops, and a selection of supermarkets nationwide—as well as in Canada, the UK and Australia. http://www.culturecheesemag.com/.
Cheese has, ultimately, become Lassa’s main focus--with a dedicated local connection and a love of pairing, education and simple enjoyment that this very basic of fabulous foods can inspire.
Posted by Slow Living Radio at 1:07 PM