9/27 - Preserving Your Back for the Good Life 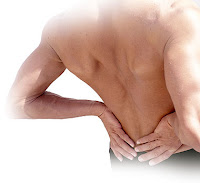 When our backs are out, we are out!  In this episode, world renowned Physical Therapist George Lendaris gives us strategies for maintaining the health and integrity of our backs and good posture.  From stretching to exercising, to recognising when it's time for therapy - exercise therapy, chiropractic, yoga or other means, and for every body shape size and age.  Learn how to keep your back free from injury so you can enjoy an active and free from back pain life, tall and straight!

As of March 2011, for the second consecutive year, George N. Lendaris' clinic was rated as the foremost physical therapy clinic in the Bay Area; a region that incorporates 9 counties and 14 million people.  One of the primary evaluators is the Physical Therapy Providers Network, whose members are ranked as the top 3% of physical therapists in the State of California.  Physical Therapy Providers Network is also in 25 other states as well. The other collaborating  partner/ evaluator is a group that does statistical work for medical groups, physical therapy groups, insurance companies, and various networks, Focus On Therapeutic Outcomes (FOTO). The seven indices used by PTPN and FOTO are generally considered very significant, reliable, and practical in the considerations of who is doing what, to whom, and in the best interest and welfare of the patients.  In August 2011, George received a 2011 Gold Star Award for clinical excellence from the Physical Therapy Provider’s Network.

﻿ ﻿
Chef Bob Hurley of Yountville's famed Hurley's Restaurant & Bar, then tells us his strategies for enjoying life, not only the 'back straining' rigors of the chef life, but as an outdoor enthusiast.  He'll give us tips on where to go for rapid rafting, seeing wild game in real life and a taste of his many other ventures around the country and world.


Over two decades ago, Chef Bob Hurley planted roots in the California Wine Country, first as a chef at Domaine Chandon, then as Executive Chef at the Napa Valley Grille.
In November 2002, he opened his own restaurant, Hurley's Restaurant, in Yountville, California. Chef Hurley describes his menu as local California cuisine high in flavor and influenced by the Mediterranean so that it fits very well with wine. It is creative food done simply and he always has two or three wild game selections as well. The menus are revised about three times each year to take advantage of seasonal changes, particularly with produce and seafood.
﻿
﻿
Chef Bob Hurley is a world traveler and a devotee of the culture, cuisine and lifestyle of many other countries. His years of trekking and working around the world provide the basis for his theory that Napa Valley is no longer a melting pot of cuisines from the rest of the world. But they have come together to create a Napa Valley regional cuisine.
Bob has always had a strong belief that the use of regional, seasonal ingredients is important on many different levels. It promotes sustainability, showcases local producers and provides the finest dining experience to the customer. He says that the Napa Valley is particularly blessed with a wide range of such products, from produce and meats to fish and fruits, as well as artisanal breads, cheeses, oils and much more. This philosophy is a guiding light behind the menu development at Hurley’s Restaurant.
Hurley’s Restaurant is located at 6518 Washington Street, Yountville, CA 94599.
Online reservations are available at www.HurleysRestaurant.com or by calling 707-944-2345
Posted by Slow Living Radio at 12:33 PM