In today's Slow Living Radio, we learn that, like wine, water has terroir. Water is not just H2O - it's a complex mingling of flavor profiles, salinity, minerality and bubble.  It comes from all around the world in many shapes and from many sources - rain, volcanic, glacial and more.  We welcome America's only  certified "Water Sommelier", Martin Riese, to give us a taste of his Water 101 and teach us how to better appreciate water, and even to use it in pairing.  But first we travel to Oregon to Butte Falls to hear one family's story of creating a bottling plant to bring the town's pristine water to the US and, in turn, helping the economy of the town.

Martin Riese began his renowned career in his native Germany.  Today, he is a Water Tasting Educator, acclaimed author, Water Sommelier at Patina Restaurant Group in Los Angeles, and the world’s foremost expert on water.

Riese began his culinary journey as an apprentice at the Relais & Châteaux Hotel Stadt Hamburg in the island of Sylt in northern Germany. After completion of a multi-year training program, he continued to work in various positions in the culinary industry in Hamburg, before traveling across the pond to the United States.

Riese’s expert knowledge of water has led to appearances on television and radio programs throughout Europe, South America, and Asia, with the German press referring to him as the country’s foremost water sommelier. In 2009 he also co-authored the critically acclaimed book Die Welt des Wasser (World of Water), which is considered the leading European book on the subject.

In 2013, Riese unveiled his signature water program at Ray’s & Stark Bar at the Los Angeles County Museum of Art and in 2014 at the Patina Restaurant in the Walt Disney Concert Hall. In Summer 2014 he launched the Water 101 Class, where Riese educates students on the unique qualities and characteristics of mineral water. 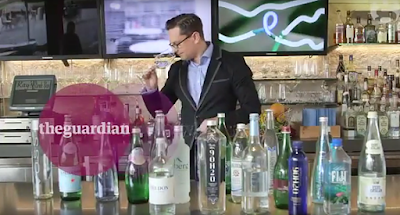 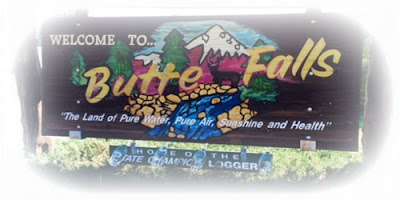 It all began years ago when Harold and Delores brought the family (Curt and Delora) to Butte Falls, Oregon,  in 1965. This small town that has a population of 400 is known for its “land of pure water, pure air, sunshine and health.”


In 1980 Curt ventured off to college in Boise, Idaho while Delora attended a college in Oregon. During that time they both had met their significant others and moved to begin their families. Curt and Mary had children and continued to live in Medford, Oregon while Delora ventured to Southern California with her husband Bill and their son Wyatt. 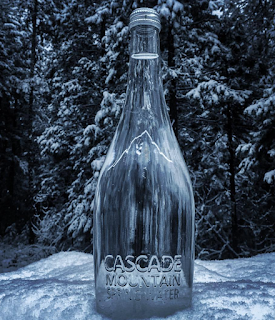 Bill graduated with degrees in water purification and pursued his passion in 1993; he and Delora began a Water Store. After vacationing every year to Butte Falls, the mayor approached Bill and Delora in 2002 seeking help with the town’s proposed new bottling plant. Bill kindly offered his expertise over the next nine years free of charge with hopes the bottling plant would bring great things back to a community that has been unstable. Once Bill, Delora and Curt realized the town wasn’t going to move forward with the bottling project, they asked to become a part of it and help bring this project to life.

The exciting, big moment was when the town’s city council voted Cascade Mountain Spring Water in and a contract founded. The startup of the water bottling facility has given Curt and Delora a unique opportunity to return to the special small town they grew up in. They have the passion to bring back jobs to the community and give back to the local schools where Curt and Delora graduated.

Being “locals”, it was important to include the “Angel Wings” on the glass bottle. The angel wings are historically known to past generations and are noticeable when the snow melts in the crevasses on Mt. McLaughlin and is talk of the town. The team also feels that it’s important to utilize the natural water source so consumers have access to superior natural spring water in an elegant glass bottle that will not leach harmful compounds into the water.


Cascade Mountain Spring Water was fortunate to gain access to Ginger Springs, which is a product of one of the world’s finest natural water resources. The spring is located at the base of Mt. McLoughlin in the Southern Cascade Mountain Range of Oregon. This pristine mountain spring is well known for its high quality water, which begins life as rain and snowmelt that penetrates into the Earth’s surface. The water is then naturally filtered by volcanic rock absorbing high quality minerals resulting in a clean refreshing taste that is a perfect balanced pH (pHerfect).