02/10 - Kitchens Connected; The Worlds of Flavor 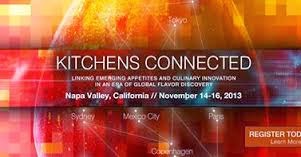 
In this 16th edition of The Worlds of Flavor® International Conference & Festival, we explored four intersecting thematic areas—Millennial Appetites, Information Technology, Creativity, and Culinary Science—to discover how the world’s most inspired chefs leverage change and global touch points to build community and success around their culinary vision.

Copenhagen, Tokyo, Paris, Mexico City, Sydney, New York, Istanbul, Lima, Singapore, Barcelona, San Francisco, London—when thinking about menu concepts, dishes, and flavor profiles, we increasingly turn our adventurous palates to multiple centers of global influence to complement the best of local sourcing and seasonal ingredients. Chefs visit each other's kitchens both literally and virtually, making use of airplanes and social media interchangeably to gain access to other food cultures and culinary spaces, in turn sharing everything from photos to fragments of their creative process with their colleagues, customers, and the media.

In this Conference & Festival, The Culinary Institute used four intersecting thematic areas—Millennial Appetites, Information Technology, Creativity, and Culinary Science—to discover how our most inspired chefs leverage change and global touch points to build community and success around their culinary vision. 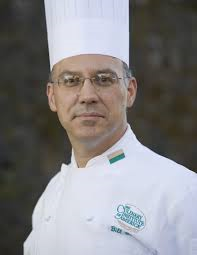 Our moderator, BILL BRIWA, C.E.C., C.H.E., is a chef-instructor at The Culinary Institute of America at Greystone. Chef Briwa graduated top of his class at the CIA in 1980 and was the recipient of the Keating Award having been voted most likely to succeed by his peers. He has worked in a variety of culinary positions in Northern California, including the French Laundry, the Sugar House Bakery, and Domaine Chandon. He has held the position of executive chef at the CIA's Wine Spectator Greystone Restaurant, the Hess Collection Winery, and his own bistro, Palmers Cafe. As the culinary chair of the Napa Valley Wine Auction in 2003 he helped raise more than $8 million for local charities and has been an active supporter of the local farmers’ market, having served on the board of directors for three years. Bill has traveled to study and teach cooking in Greece, Sicily, Tunisia, Turkey, Mexico, China, and across the United States. His writing on food and wine has appeared in Sunset magazine, the trade journal Flavor and the Menu, and Fine Cooking. (Napa, CA). 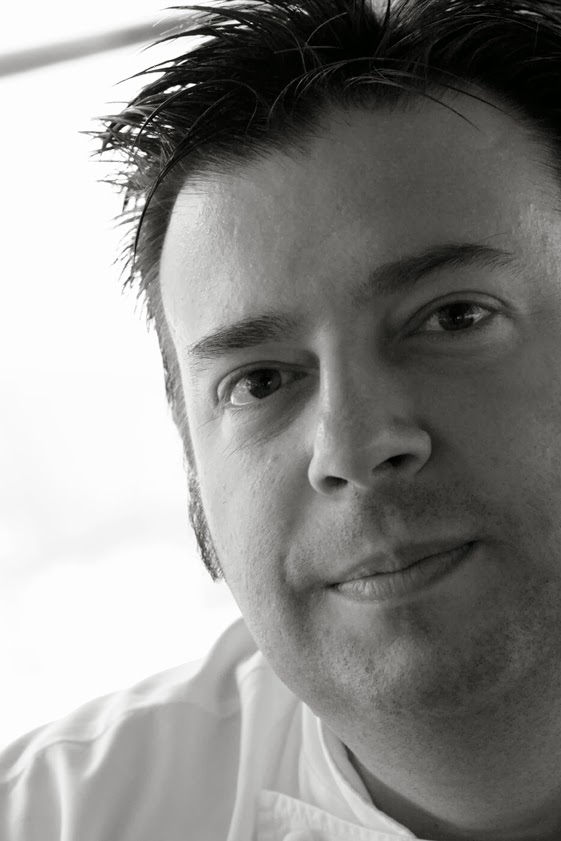 Peter Gilmore is one of Australia’s most influential and talented chefs; many would argue that he is our greatest. Since 2001, Peter has been executive chef at Quay, and his creative and original cuisine has seen the restaurant receive an unprecedented number of Australian and international awards, and establish itself as one of Australia’s best and best-loved restaurants.
Peter is, by his own admission, obsessed with flavours and textures. His dishes at Quay reflect his constant exploration of new combinations of the intense flavours and textures found in nature to create what he describes as “purity”. He takes elements as diverse and unexpected as a smoked pig cheek and marries it with shiitake, shaved scallops and fried Jerusalem artichoke leaves to create a dish which is an explosion of texture and flavour and yet, at the same time, has perfect unity.
This quest for purity is also reflected in the produce Peter uses. In his first book, Peter described his cuisine as "food inspired by nature". A passionate gardener, Peter was one of the first chefs in Australia to truly embrace the vegetable garden and its diversity, forging unique relationships with small-scale growers to re-introduce forgotten plant species and to develop bespoke produce exclusively for Quay. He collaborates closely with all his suppliers, from fisherman who hand dive and line catch seafood in pristine Australian waters, to farmers who rear rare breed animals with superior flavour and texture for the restaurant. Peter plans his menus from the ground up a season ahead; a way of working which has strengthened his appreciation of the seasons and the natural world, and is directly reflected in his cuisine.
Says Peter: “What we try to do is to produce original, beautifully crafted food with a big emphasis on layers of texture and flavours to create an overall sense of purity. We create food that tastes of where it is from, that is beautiful, and that takes you on a journey of discovery.”
Peter was born and bred in Sydney, and knew from his teens that he wanted to cook.  He started his apprenticeship at 16, and spent his twenties working in kitchens overseas and in country New South Wales, developing his own style. Critical recognition came in 2000 when Peter was the Head Chef at De Beers Restaurant at Whale Beach and Terry Durack, food reviewer for The Sydney Morning Herald, wrote “De Beers houses a young chef with a real talent for sending out beautifully structured food with innate simplicity”. Peter’s next step was as head chef at Quay, and he has never looked back. 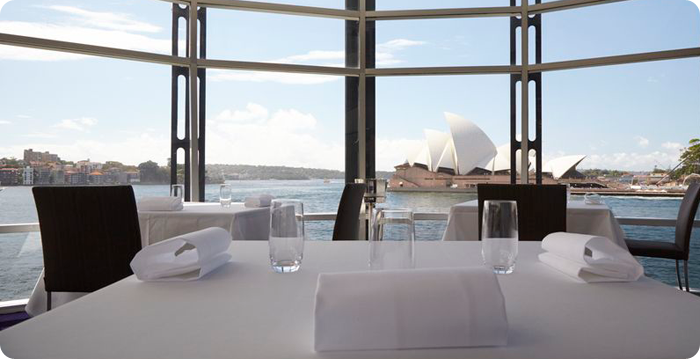 After more than a decade with Peter at the helm, Quay has collected an impressive list of local and international awards. Quay has been included in the fabled S Pellegrino World’s 50 Best Restaurants for five years in a row, and named Best Restaurant in Australasia three times. Locally, the restaurant has received Three Chefs Hats for eleven consecutive years and been named Restaurant of the Year five times in The Sydney Morning Herald Good Food Guide, and has three stars and has been awarded Restaurant of the Year three times in the Australian Gourmet Traveller Restaurant Guide. Peter Gilmore was also named “Chef of the Year” in The Sydney Morning Herald Good Food Guide 2012 Awards.
Peter’s first book Quay: Food Inspired by Nature, a showcase of Peter’s nature-based philosophy and the organic presentation of his stunning cuisine at Quay, was published in 2010 and has sold worldwide. Peter is currently working on his second book, due out in 2014.
Peter regards himself as immensely lucky to be a chef in Australia today, with access to extraordinary produce and with the freedom to explore new ideas and draw on a culture which embraces so many people and parts of the world. He continues to refine his food, bringing new and exciting dining experiences to the table, with picture perfect dishes that celebrate nature’s beauty. He is a chef in his prime, whose combination of extraordinary talent and rare humility has earned not just the highest culinary accolades, but also the respect of his peers and admirers all over the world. 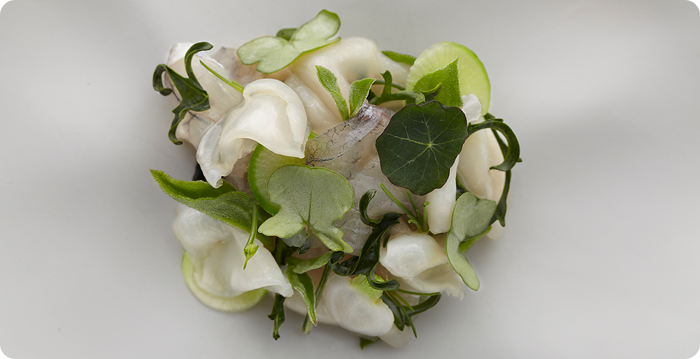 I’m looking to nature for my inspiration.
Letting the natural produce speak.
There’s so much out there, so much elegance and beauty.
To me, it’s about the organic nature of food and letting flavours and textures speak for themselves.
Peter Gilmore

Jared Rivera
Cofounder and CMO
Chefs Feed
“I’ll Have What They’re Having”
Want to know where Mario Batali gets his carnitas taco fix?
Where Wolfgang Puck goes for sushi or where Thomas Keller goes for pasta?

Chefs Feed has the answers. With thousands of high-end to hole-in-the-wall restaurant
recommendations straight from the mouths of the country’s best chefs, you’ll learn where to go, and most importantly, what to order.
Learn where and what the best chefs in your city eat when they're out on the town and find out what makes those dishes so special. Quickly find food based on proximity, neighborhood, cuisine type and more. Each dish offers insightful chef reviews plus other relevant info. Track, plan, and share your culinary adventures with friends as you build your network and your flavor profile. Receive live information straight from the chefs and people you follow plus learn when new chefs and dishes have been added to the guide.
Jared Rivera
Favorite Dish:Lamb 'Frankie' @ Dosa 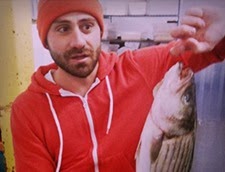 Prior to launching Chefs Feed, Jared co-founded Rivera Public Relations, which grew to include 250 top restaurant and beverage clients at the time the company was acquired. Jared is a partner in several three-star restaurants, giving him an opportunity to get in the trenches and keep his finger on the pulse of the dining community. He writes about his experiences in columns he contributes to The Huffington Post and San Francisco Chronicle (you may even read his “Top 100 Pet Peeves of Servers”). You can also see his work on camera as he co-hosted the Virgin America + Chefs Feed Documentary. When not working on Chefs Feed, Jared is making wine with his father & brother at their family vineyard in Napa Valley or he's eating pasta with his fiancée Jenn at his mother’s house like