Slow Living Radio continues its coverage of the Fancy Food show with a line up of guests from the wonderful German Pavillion,  where 11 German main exhibitors present their food and beverages. It is promoted by the Federal Ministry of Food, Agriculture and Consumer Protection in cooperation with the association of the German trade fair industries. Our introducing guest is Bernhard Tauscher, Secretary, German Society of Flavor Research. 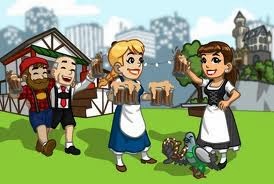 In 2014, Germany took part in the Winter Fancy Food & Confection Show in San Francisco, and will be also at the Summer Fancy Food & Confection Show in New York for the fifth time. The official German pavilion is organized and supported by the German Federal Ministry of Food and Agriculture (BMEL). In Germany, the ministry’s remit covers food and agriculture. The ministry supports German enterprises’ participation in trade fairs worldwide. It is important for companies, particularly small and medium-sized companies of the farm and food sector, to be able to start their forays into new markets with support and under the official “Made in Germany” designation.


The BMEL is active at national, European and international level, aiming to promote a balanced, healthy diet of safe food; clear consumer information regarding the purchase of food; strong and sustainable agricultural, forestry and fishery sectors; and good prospects for the future of our rural areas.


Read more about the BMEL and also their Fair Trade Program. 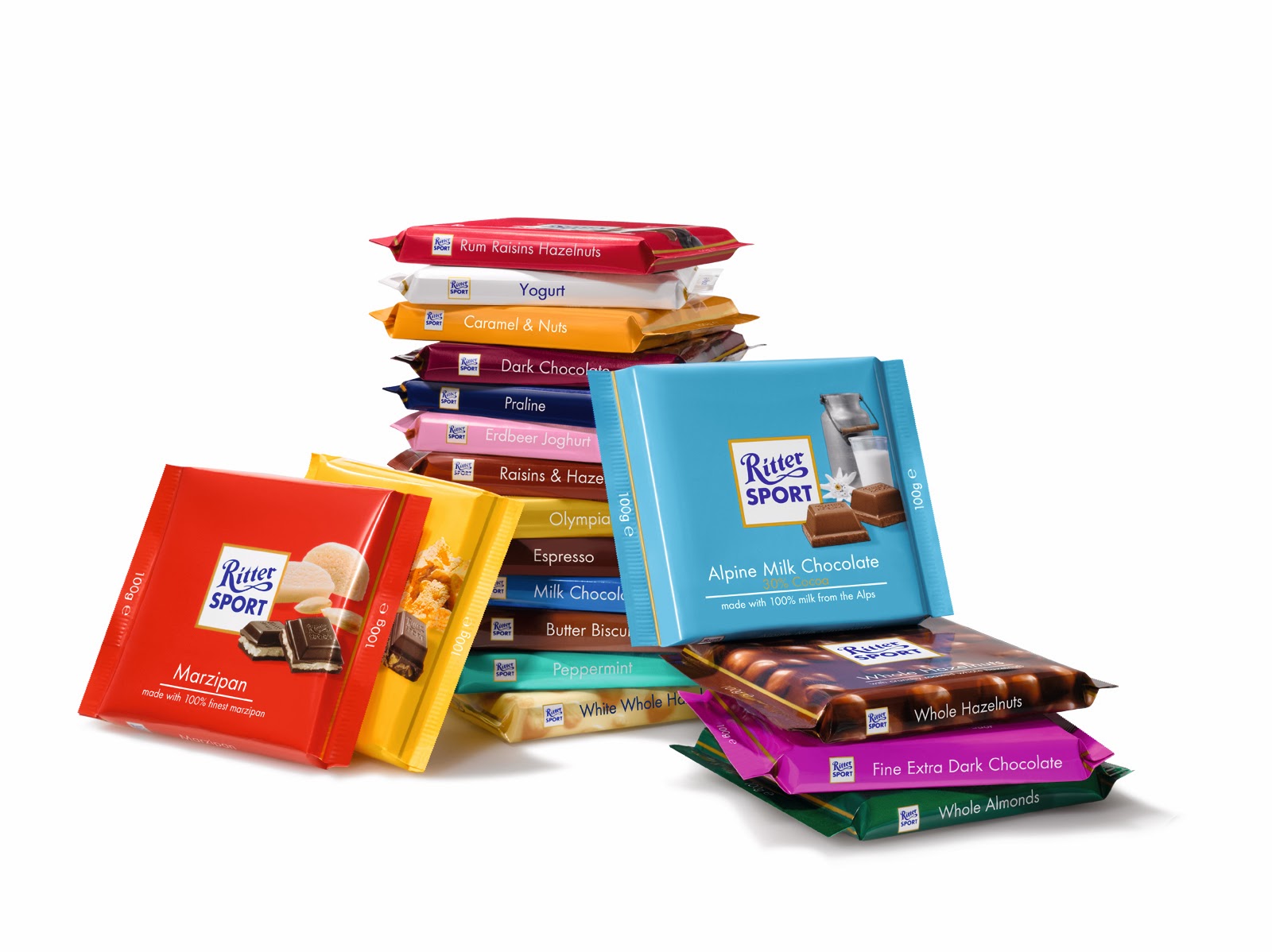 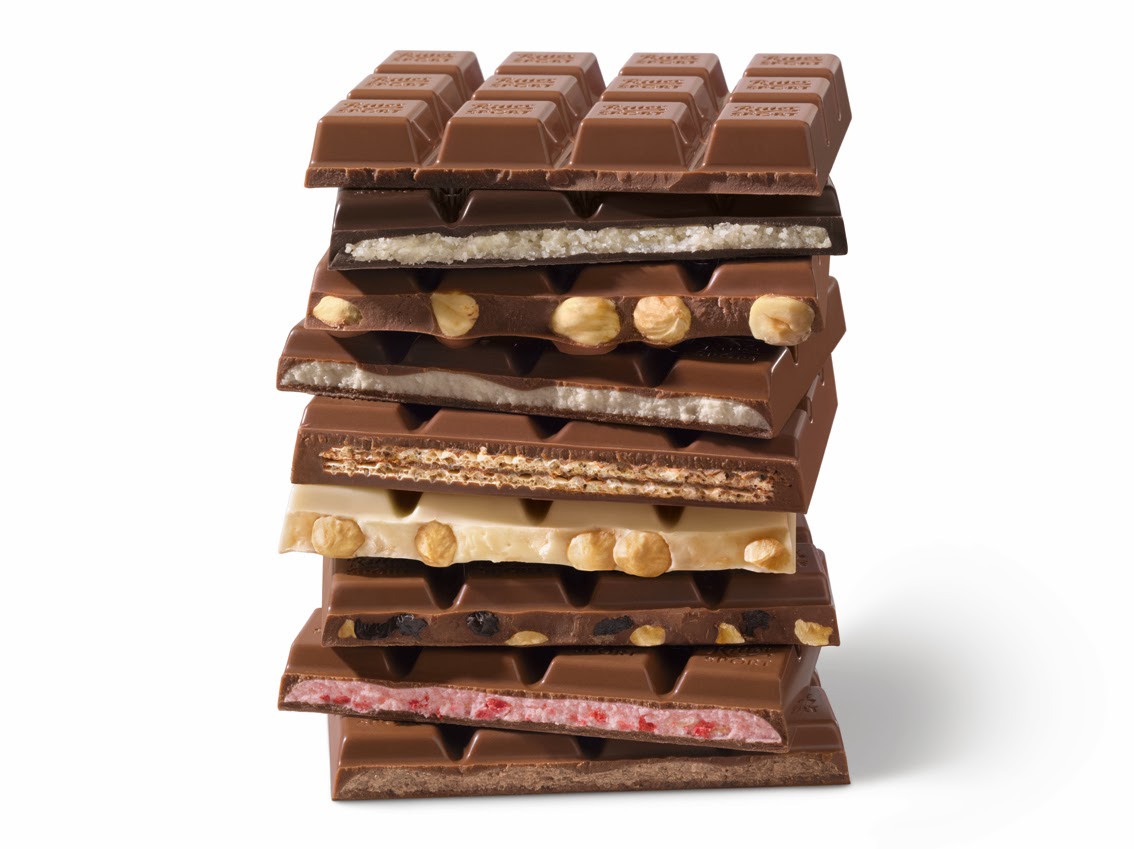 The history of RITTER SPORT begins where most romance films end: with marriage. The confectioner Alfred Eugen Ritter and Clara Göttle, owner of a confectionery shop, were married in 1912. Together they founded the chocolate and confectionary factory “Alfred Ritter Cannstatt” – the love of good chocolate, therefore, resides in the family.


In 1932, the chocolate square is launched. Clara Ritter’s proposal to produce a square chocolate bar quickly meets with agreement in the family. Her argument: “We’ll make a chocolate that fits into the pocket of every sports jacket, doesn’t break, and still weighs the same as a normal long bar of chocolate.” The chocolate square is named “Ritter’s Sport Chocolate”. Included in the assortment are long chocolate bars, pralines, and Easter and Christmas articles.


RITTER SPORT is now sold in 95 countries and its success story continues to be written by the family’s third generation, Alfred T. Ritter and sister Marli Hoppe-Ritter. RITTER SPORT is not just a family business that has grown over the years into a large company. RITTER SPORT is, above all, a large company that has remained a family. This is felt by the 1.000 employees in Waldenbuch and by its many customers worldwide. This is because the RITTER family uses its own name to vouch for the quality of each bar of chocolate that leaves its premises. Guaranteed.

In 2012, Ritter celebrated it's 100th anniversary.  The company, renowned for its square and colorfully wrapped chocolate bars has a strong commitment to quality, environment and sustainability.  They use no nuclear-generated electricity in the production, their wrappers are fully recyclable, and no GMO ingredients are ever used.  There are over 13 different chocolate masses in the production of their bars and only natural flavourings. 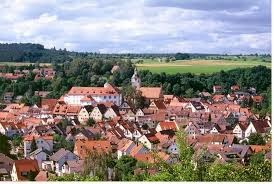 Could Alfred and Clara Ritter have chosen a more beautiful location for their company’s headquarters? Doubtful. Anyone who comes here becomes quickly enamoured of the delightful landscape, the city’s special flair, and the Swabian hospitality. Waldenbuch is a place for feeling good, for enjoyment, and a good destination in the Stuttgart region for art, nature, folk culture, and history.


What awaits you here at RITTER SPORT? On some days – when a low-pressure area rolls in – a fine chocolate fragrance descends upon the whole town, warning the residents of impending rain. 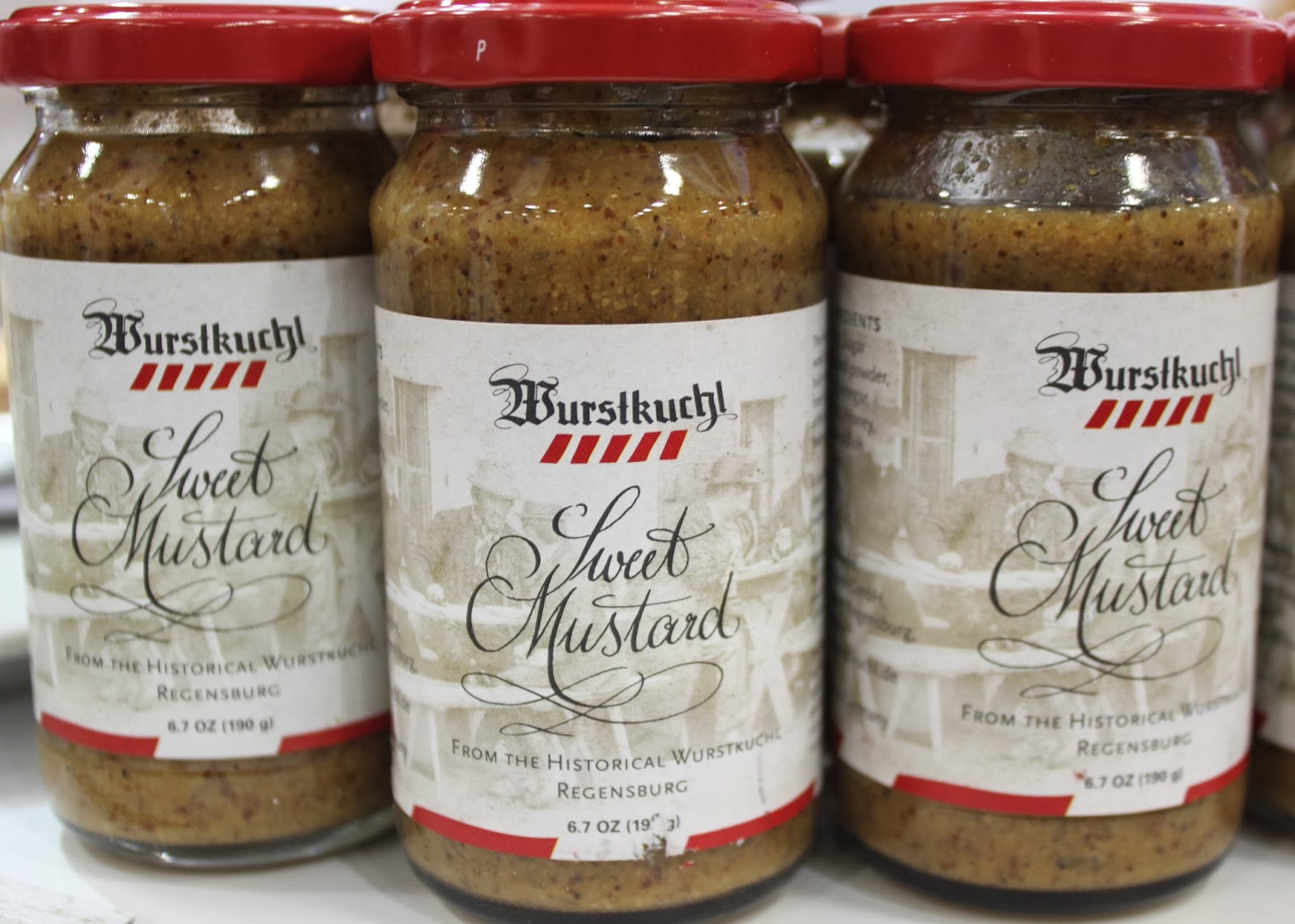 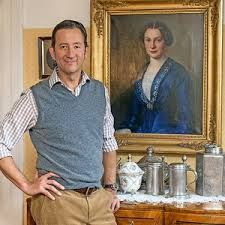 By the Danube whirlpools right next to the Old Stone Bridge you´ll find the over 500 year-old historical "Wurstkuchl". Little has changed since the days where in the Middle Ages Regensburg stonemasons and dockers treated themselves to refreshment at this tavern: with its charcoal grill, homemade sausages purely of ham of pork, sauerkraut fermented in their own cellar and of course the Wurstkuchl mustard following the original historical recipe of Elsa Schricker.


Bratwursts without the traditional sweet mustard would only be half as enjoyable, and because it is particularly important for their mustard to have that unmistakable special character, we still produce the recipe that has been passed down by Elsa Schricker. Only selected ingredients such as various sorts of ground mustard powders are used – and a pinch of horseradish provides that characteristic aftertaste. Those wishing to relish this mustard outside the Wurstkuchl can buy it in selected delicatessen shops or order it here in the online store. 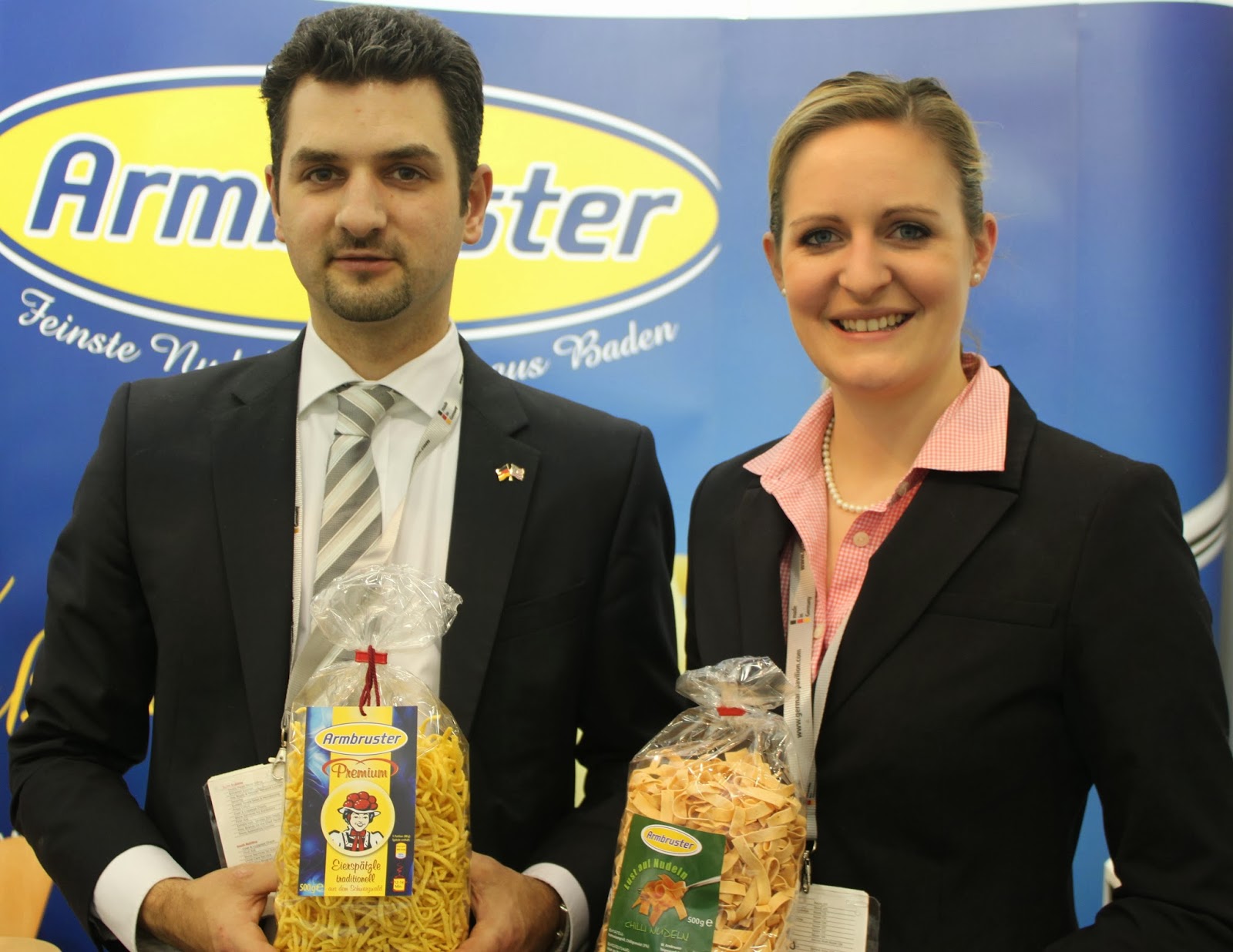 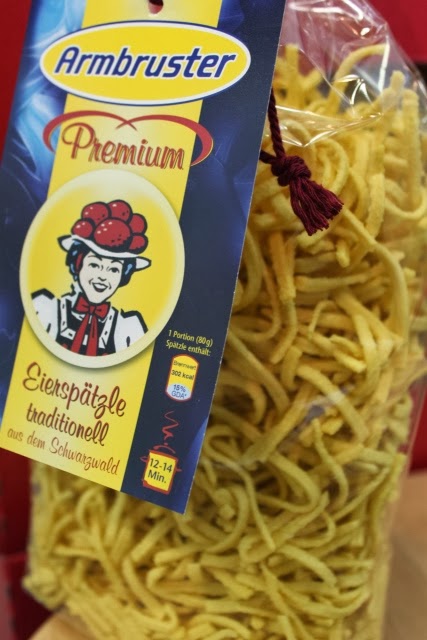 In the 1960s, when the bakery was already in its second generation of Eugene Armbruster, manual production could not keep up with demand so the family built their first pasta machine factory in LangHurst. The range covered was already about 40 different pasta varieties, including their signature spaetzle..
First, even the spaetzle pasta was made as in the regional bakeries in addition to the baked goods made by hand and offered at the bakery. Dieser Geschäftszweig wurde mit der Zeit immer weiter ausgebaut. Now, the company still focuses on the finest quality ingredients, including organic, and their spaetzle remains true to the recipe of their founders. 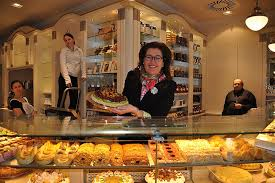 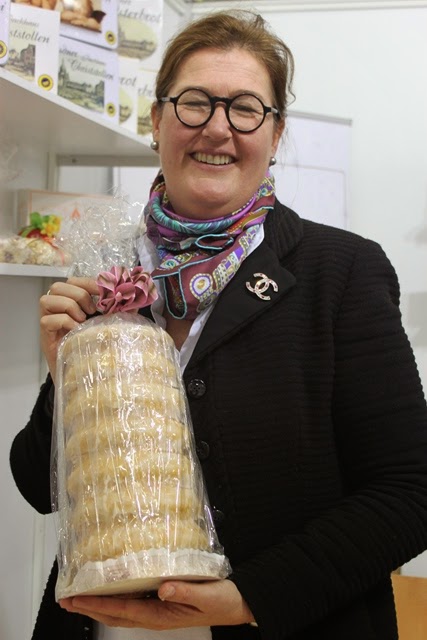 
For 185 years, Elisabeth Kreutzkamm-Aumüller's family has been baking the quintessential German Christmas pastry: the stollen, a loaf-shaped cake with dried fruit and covered with sugar. Despite its Germanic roots, stollen is also popular in other latitudes and her company distributes the popular dessert—particularly in November and December—to 58 destinations.


Notable clients of the Kreutzkamm bakery have included Walt Disney, who in the 1950s used to give a stollen as a gift to his staff and family. Her bakery only interrupted operations after World War II, between 1945 and 1950, when her father was a prisoner of war but has been running non-stop throughout its history.