Slow Living is delighted to support Wine Australia's initiative to bring the US a taste from Australian wine regions, highlighting the diversity, free spirit and fine quality.  We welcome four winemakers to the show today, from four distinct and unique regions to tell their story and give us an insight into their terroir.  Angela Slade, Regional Director, North America, joins us at the end of the show, to give us the big picture!


The event, a San Francisco tasting to over 350 sommeliers, media and retailers - in a word, a huge success! 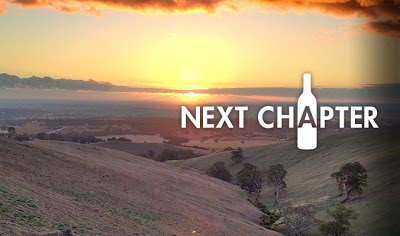 But first, some valuable insight with this Q and A with Iain Riggs of Brokenwood in the Hunter Valley, and John Duval of John Duval Wines in the Barossa.


What do you love the most about your region?

Iain Riggs:  The Hunter Valley is Australia’s oldest commercial wine region and has such a magnificent history, that we (Hunter winemakers) are proud caretakers. Beautiful landscape, magic, unique wine style and close to breaches and Sydney. What’s not to love??

John Duval:  Access to some of the oldest vineyards in the world (Shiraz, Grenache, Mourvedre in particular). Diversity of terriors, able to produce elegant mineral whites, eg Riesling in Eden Valley, to the more structured, but vibrant, old vine shiraz from the Barossa Valley

What makes you most proud to be an Australian? 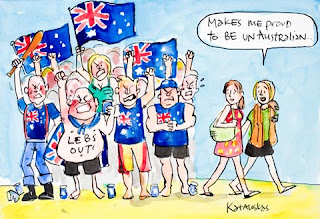 IR:  Aussies are an independent, happy lot and what we have achieved in a short space of time is amazing. Thinking back on the history of the wine industry, there were grapes planted within a year or two of First Fleet and vineyards with before 1800!!

JD:  The Australian spirit. Very open and honest; always prepared to give something a go, and a society that makes it possible.

What is the most exciting trend you are seeing in the Australian Wine Business now?

IR:  Regional styles that are unique and distinct to Australia.

JD:  The availability of new varieties and wine styles.

What is the most unknown or underestimated fact about Australian wine to the American audience?

IR:  Definitely our history. Especially grapes/wine industry established by Englishmen who had no viticulture experience. Wine was used to try and get the early Colony off hard spirits. Wine was exported back to London in 1823 and exhibited in a competition.

JD:  The quality, diversity of style and regionality of Australian wine has never been better. I get frustrated by stereotypical views that generalise, inferring one style of big red wine, and neglects regionality and diversity of style and terrior. I am sure there would be equal frustration if people generalised about all American wine being similar in character. I could equally talk about the long history of our industry, the number of 100 year old vineyards, or the aging potential of our wines.

Iain Riggs, Managing Director, Chief Winemaker and part owner of Brokenwood, has taken Brokenwood from a small “hobby” winery and into the national and international arena.Iain’s skills in white winemaking revolutionized Brokenwood, which, when Riggs joined, produced only red wines. A year into his tenure, with the 1983 vintage, production levels changed to 70% white wine and 30% red.


Iain is immediate Chairman of the Hunter Valley Wine Show, having taken over from Len Evans in 2002 and is currently Chairman of Judges at the Macquarie Group Sydney Royal Wine Show as well as the Shanghai International Wine Challenge. His strong interest in ‘improving the breed’ of Australian wine sees him as Chairman of Trustees of the Len Evans Foundation that conducts the week long Len Evans Tutorial. On the wine industry political side, Iain was an inaugural Board member of the Winemakers Federation of Australia, its Vice-President and President of the Australian Winemakers Forum. For relaxation, Iain is currently President of the Pokolbin (Reds) Rugby Club.


In 2001, Iain Riggs was nominated by Gourmet Traveller Wine Magazine as a finalist in the Winemaker of the Year feature. In 2003, Iain was awarded the Graham Gregory trophy for outstanding service to the NSW wine industry. 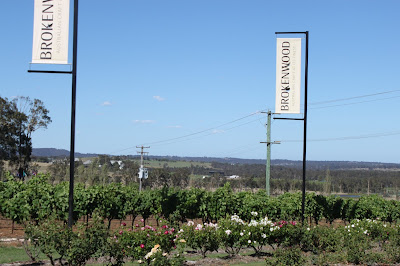 Born in Burra, South Australia in 1955, Iain’s first insight into the wine industry was through relatives who lived in the Riverland region of South Australia. These were very much ‘brandy and dry’ times, but the allure of table wine drew the young Riggs. The experience that set him on the path that was to become his life was a bottle of 1970 Leo Buring DW110 Riesling – he has been tied to the power of the vine ever since.


Iain studied at Roseworthy College between 1972 and 1975, graduating with honours. At this time, the industry was undergoing a major change – namely the emergence of white wine. He first worked at Bleasedale and Hazelmere in McLaren Vale. At Hazelmere, he sparked his interest in varietal blending and was one of the pioneers of the now-famous combination of Sauvignon Blanc and Semillon. At Hazelmere, Iain, as Chief Winemaker, focused on white wines, and was crowned McLaren Vale Bushing King in 1982 with his multi-trophy-winning Chardonnay.


The owners of Brokenwood, keen to grow their business and expand into white wine production, offered Iain the job of Chief Winemaker in 1982. That year, a new winery was built. Iain’s skills in white winemaking revolutionised Brokenwood, which, when Riggs joined, produced only red wines. A year into his tenure, with the 1983 vintage, production levels changed to 70% white wine and 30% red.

Brokenwood’s committed to a program of regional blending from 1978 in an attempt to even out some of the more difficult Hunter Valley vintages as well as continuing a long held tradition in Australian winemaking. As such Beechworth was identified as one of the most exciting up and coming regions with Riggs and Brokenwood assisting in the establishment of the Indigo Vineyard in the late 1990s. The brokenwood winemaking team now has premium Pinot Noir, Cabernet Sauvignon, Pinot Gris and newer varietals that include Sangiovese, Nebbiolo, Rousanne and Viognier available. McLaren Vale and the Orange region add more quality fruit.


As vintage 2012 is the 30th with Iain at the helm, the premium region focus and Single Vineyard philosophy is as strong as ever. 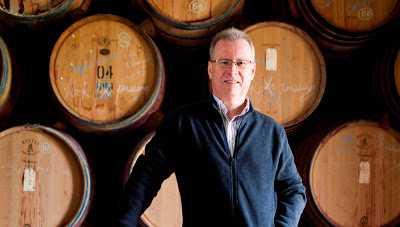 John Duval has long ruled the world of wine in the land down under. After nearly 29 years with Penfolds, one of Australia's most celebrated wineries, he left the company in late 2002 to fulfill his ambition of making his own wine. Over the years, John has earned a series of awards, certificates and trophies around the globe, distinguishing himself among the winemaking greats of all time.


He grew up on fertile lands just south of Adelaide, where his parents cultivated a small vineyard and ran a world famous sheep stud. After completing his studies in agriculture and winemaking, he started with Penfolds in 1974 and was appointed Chief Winemaker in 1986.


John led the winery through a dynamic period of development, ultimately establishing Penfolds as one of the world's great wine brands. He attributes part of his success at Penfolds to his family, who coincidently supplied their finest Shiraz grapes and vine cuttings to the renowned winery. 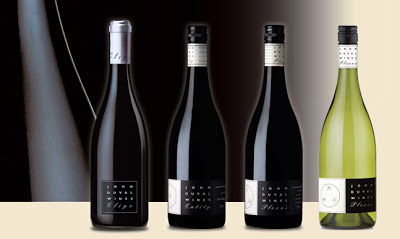 
John currently resides in the Barossa Valley, one of Australia's most famous wine regions, particularly known for its old vine Shiraz. An experienced wine judge, John also serves at many Australian and international wine shows. 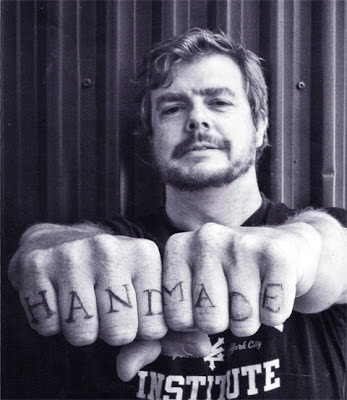 BK Wines is a fresh face, one that pokes fun at the wine establishment. “Made with love, not money”. Proclaims the website, a pair of hands punching out at you with “handmade” tattooed across the knuckles. But this is no corporate ‘anti-marketing’ campaign – it’s the tiny project of a man named BK.


BK is Brendon Keys, a kiwi turned Aussie DJ, Chef and Winemaker. He sports a ginger beard and a wry smile and a lack of pretension, and given that he’s in the middle of vintage (and the father of one and three year old boys) he looks surprisingly well rested and relaxed. 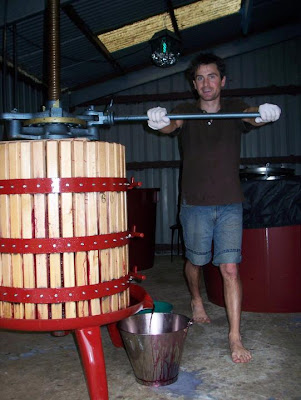 Craig Holme - Son of Lachlan and Janet Holme, Craig is the fourth of five children. Growing up on the farm Craig always knew he wanted to be involved in the family business. Helping his parents plant their vineyards developed his passion for viticulture. Working in wineries at home in South Australia as well as travelling to the Bordeaux region of France, California's Napa Valley and South Africa he learned different winemaking techniques.

Craig met Julie while working harvest in the Napa Valley. Their relationship continued the next vintage in South Africa and the couple were married in Australia in 2006. Noticing the excellent quality of grapes the family's vineyard was producing, Craig and Julie decided to start their own wine label. Based in California, Craig travels back and forth to Australia, managing the vineyards and making the wine.

Mount Benson is a unique coastal geographical indication situated approximately 300 kilometres from Adelaide and halfway between the historic townships of Kingston SE and Robe in the south east of South Australia. As part of the greater Limestone Coast wine region, Mount Benson is cousin to other well-known winegrowing regions including Coonawarra, Padthaway, Wrattonbully, Penola, Mount Gambier and Robe. 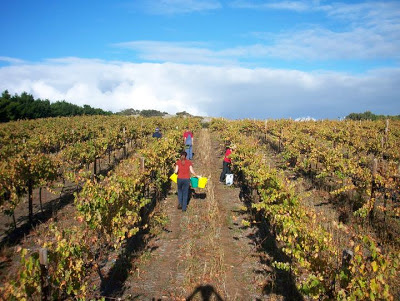 The region’s first grapes were planted in the 1980s by local farmers well attuned to Mount Benson’s unique and rugged climatic conditions. These grapes would later make way for the region’s own style of delicate, cool-climate, maritime-influenced wines which have already begun to make waves within a very competitive Australian wine industry.

Pass through the region and you begin to appreciate the lifestyle that the people lead here, grazing sheep, tending to crops and fishing for crayfish, intermittently broken up with a trip to the beach to relax the mind and soul. This is the sense of place we aim to convey in every bottle of wine we produce.