Join us on Slow Living Radio as we visit with Garen Staglin of Staglin Family Vineyard in Rutherford.  A successful businessman, vintner and devoted family man whose recent honor by the New York Academy of Sciences illustrates the portrait of individual committed to a life of passion for philanthropic endeavors.
Shari and Garen Staglin represent a true family approach to their involvement in the wine industry and their dedication to the Staglin Family Vineyard.  Actively involved for 26 years in the wine industry, the Staglins' motto is "great wine for great causes" and through their operation of their winery, business interests, and support of various charitable causes, they have indeed lived up to that philosophy.  In the last ten years, causes they have chaired or donations from their wines have generated more than $750 million.
Shari and Garen purchased their 64-acre ranch in heart of the Rutherford Bench, in Napa Valley, California in December 1985 with their children, Brandon and Shannon. Their property has recently been proclaimed by wine critic Robert Parker as the elite vineyard in Rutherford, Napa Valley.  It is farmed under a certified organic approach (CCOF) administered by Vineyard Manager David Abreu. The Staglins have continuously upgraded their estate vineyard with narrow spacing, clonal and rootstock diversity, and viticulture practices influenced by winemaker Fredrik Johansson, and consultant Michel Rolland.  They have also installed a 184 KW solar array to power their vineyard, home and winery, further extending their commitment to the environment.  Shannon is the General Manager of the business, and Brandon is Director of Marketing and Website Development.
The Staglin Family Vineyard's 24,000 sq. ft. underground winemaking and barrel storage facility is further evidence of Shari and Garen's total commitment to producing the finest wines possible from their estate with environmental sensitivity.  As one indicator of their wines' reputation for quality, their charitable wine auction lots in the last four years have generated over $9.0 Million in proceeds, more for charity than any other wine lots from any vineyard in the world.  Recent releases have been rated as high as 98 points. Their wines have been served to heads of state:  Queen Elizabeth, President Bill Clinton, President George W. Bush, Prime Minister Tony Blair, President Barack Obama, Chinese President Hu Jin Tao and Japanese Prime Minister Fukuda, as well as at the Bi-Partisan dinner honoring Collin Powell as a part the Inauguration celebration for President Barack Obama.
Shari and Garen are founders of the International Mental Health Research Organization - (http://www.imhro.org), a 501c(3) non-profit organization. During the last sixteen years, the Staglin’s Music Festival for Mental Health (www.music-festival.org) has raised over $135 million for mental health charities and research. This annual event, held at their vineyard, includes an afternoon concert for 450 (past year's performers have included Dwight Yoakum, Pat Benatar, Brian Wilson, Gladys Knight, the Pointer Sisters , and Roberta Flack), and an evening gourmet dinner for 250 by a celebrity chef, with wines donated and poured by many of the nation's and world’s best wineries.  They recently founded Bring Change 2 Mind (“BC2M”) with Actress Glenn Close (www.bringchange2mind.org).  A PSA directed by Ron Howard was produced by BC2M and has been seen by millions.  Most recently they, together with Congressman Patrick Kennedy, have founded the One Mind for Brain Research Campaign (www.1mind4research.org) and have a goal of raising $15 Billion over the next 10 years from public and private sources to dramatically reduce the burden of these illnesses to all Americans. 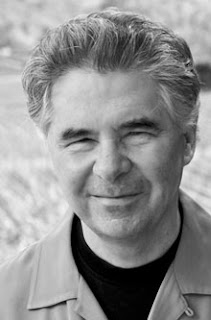 Garen has been an active venture capital and private equity investor for the last 30 years and currently serves on several public and private company boards.  He currently also serves as a Senior Advisor to two private equity firms.  Garen was honored November 14 at the New York Academy of Sciences 8th Annual Science and the City Gala in New York City. More than 450 global leaders in science, medicine, government, industry and academia attended to honor those who have made significant contributions to Science and the Academy’s initiatives.
His photo appeared in Sunday’s New York Times in the popular “Evening Hours” section photographed by the iconic and indefatigable Bill Cunningham.
A Navy veteran who served during the Vietnam War, Staglin earned an MBA from Stanford University and went on to a life-long career in venture capital and investments.
Now he balances his time between winemaking, investing and philanthropy.
Shari Staglin was a leader in health care management and recruiting for many years before becoming CEO of Staglin Family Vineyard.  She holds a BA from UCLA and an MPA from NYU.
Shari and Garen met on a blind date at UCLA and recently celebrated their 43rd wedding anniversary.  ###
Posted by Slow Living Radio at 7:48 PM