In tonight's show, Slow Living Radio pays tribute to War Veterans as we draw near to Memorial Day. We first welcome John Moynier, a veteran who is now making Purple Heart Wine, a winery that donates it's proceeds to the needs of military men, women and families.

Next, we are delighted to welcome Dan McCabe who fought in the Battle of the Bulge and was taken captive by the Germans. You will be mesmerised by his fascinating story. 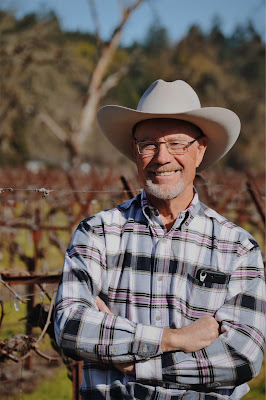 A winemaker for 41 years, out of which 32 have been with C. Mondavi & Family, Purple Heart Wines winemaker John Moynier embodies the term veteran in several ways. Originally hailing from Bakersfield, CA, John made his way to the Napa Valley in the 1970’s, following a career in the military and a degree at U.C. Davis.

For Moynier, joining the military seemed like the most natural career path, as his father was a retired Air Force Lt. Colonel. When he graduated high school in 1965, he wanted to follow in his father's footsteps in a tumultuous time in American history, so he put college on hold and enlisted.

From 1968-1970, he served in Oklahoma as a Sentry Dog Handler, training military dogs to detect danger and keeping his fellow soldiers safe. Following his time in Oklahoma, Moynier was reassigned to Guam in 1970 as a Squadron Training NCO where he trained soldiers and dogs to work together in combat situations and during the night when enemies and bombs are more difficult to pinpoint. John completed his active service in February 1972 at Vandenburg AFB, CA as a Resource Protection Supervisor (NCO).

When he returned from military service in 1972, Moynier enrolled in courses at U.C. Davis in 1973 to be a veterinarian. However, he was always interested in wine and decided to take advantage of U.C. Davis’ reputable viticulture/enology program and switched his major to fermentation science. He obtained his BS in 1975.

His first experience in a cellar was at Mission Bell winery before joining Italian Swiss Colony, Asti as Senior Winemaker. He then joined C. Mondavi & Family in 1985 and has been the winemaker there ever since.

John has been involved in the PHW project since 2014 when it was merely an idea. John is thrilled to be a part of Purple Heart; he feels that working with this brand will cap off his career as a winemaker. Coming from a military upbringing and background, he deeply believes in Purple Heart Wines and the cause.

Conversation with Dan McCabe: Reversal on the Rhine River
This interview was originally published in the December 2017 issue of World War II magazine. 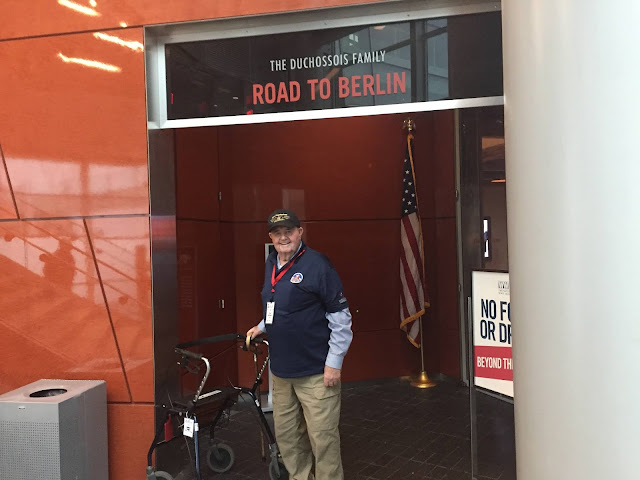 Born in 1925 in Niagra Falls, New York, Dan McCabe grew up in Rochester and Buffalo, and returned there after the war as an iron worker until 1948, when he came west to Vallejo, California, to work at the Mare Island Naval Shipyard. McCabe enlisted in the U.S. Army when he was 18 and served overseas for six months and one day in 1944-45. He entered combat in the midst of the Battle of the Bulge and reached the Rhine River six days before—and 50 miles north—of the Remagen crossing. There his war took a turn he hadn’t expected.

How did your combat career begin?

I had gone overseas to England in 1944 with the 69th Infantry Division, but on Christmas morning, the sergeant woke us up, saying that 25 guys from each platoon were going to the front that afternoon as replacements. They couldn’t fly us because the weather was bad, so we had to go by boat, trucks, and trains. The 25 men from my platoon had gone as a group and they said we would stick together, but we were scattered like seeds when we got to the front in Belgium.

To which outfit were you scattered?

On New Year’s Eve, I ended up with E Company of the 331st Infantry Regiment of the 83rd Infantry Division. I heard my first German gunshots that day, and I was being shot at on New Year’s Day 1945.

Were you returning fire?

Oh yeah, as much as we could. We went straight into the Battle of the Bulge. I was on the frontlines until January 19, when I was sent back to a little field hospital. I wasn’t injured, but I had a temperature of over 100, and had lost my voice.

You also had severe frostbite.

I still have to wear compression socks. I didn’t like that they kept picking me for those damned patrols, but in thinking about it later, without moving like that, I might have lost my legs. A lot of the fellows did. The cold still bothers me. Getting out of the snow is part of the reason I left New York State.

On January 22, three days after you were pulled out, the 83rd Division itself was pulled out of the line for rehabilitation and training.

We were right on the edge of Belgium and Holland, which is where we were reformed again. I remember that while we were camped at a little farm, just before going into Germany, I would wake up at the crack of dawn to the sound of someone, somewhere in the camp, singing that old country song that goes “I called and I called, and nobody answered.”

Were you there when the 83rd captured Neuss on the west side of the Rhine?

Our regiment was the first to reach the river. Two platoons from E Company went out on a night attack, just before midnight on the first of March. The next day at about 4 a.m., as we crossed the Erft Canal [about 1,000 yards from the Rhine], we were fired on from a long warehouse building across a big open field. Our two platoons attacked across this field, got through the barbed-wire entanglement, and up into the building. We captured a bunch of Germans and held part of the building for five or six hours until we ran out of ammunition.

We were surrounded, so the company commander ordered us to destroy our weapons. I said that I didn’t want to break up my rifle [laughs]—but he said we don’t want the Germans to use it against us. There were around 20 of us in the group that was captured. I had never considered being captured; I thought about maybe losing arms or legs or eyes, but never about being interned. I remembered newsreels of bank robbers being imprisoned. I felt like a criminal [laughs].

Now you were captives of the same Germans who had been your prisoners.

There was one of the fellows we had taken prisoner earlier who I had patted down for weapons. After I was captured, he came back and patted me down. “First me,” he said in English. “Now you.” I told him, “Well, that’s the way it goes.”

What did the Germans do with you?

They escorted us down the river and across the big bridge into Düsseldorf. Then they blew up the bridge. We were put on a train and taken to Stalag XII-A outside Limburg. In late March, after a couple of weeks, they took us out in the middle of the night and put us into boxcars. One of the prisoners said these cars were called “forty-and-eights” because they could load 40 troops or eight horses into them.

Where did you go then?

At the crack of dawn, the train started moving, and had made it about two miles when in came American P-51s and P-47s to strafe and bomb the train. This was as far as the train could go, so it just stopped. We stayed in that car all day and into the evening before they took us out. We marched at night for several days until we arrived at a little village. The Germans guarding us stacked all their guns, left a couple of soldiers to guard them, and went to hang white flags in the buildings. They just turned us loose. The next day, the American VI Corps rolled into town and gave us K-rations and cigarettes.

So you were free at last.

They took us to a U.S. Army field depot and reported that they had dropped off a bunch of prisoners. The next morning, American troops arrived, thinking that they were picking up German prisoners instead of Americans [laughs]. We went from there into field hospitals and eventually to Camp Lucky Strike [the big personnel staging area on the coast of northern France, near the port of Le Havre]. We were put on a Liberty ship that went to Southampton, England, to pick up more people, and then we headed toward New York. We were halfway across the Atlantic when the captain made an announcement that the war had ended—and that a German sub was following us [laughs]. I got back to New York Harbor on May 16, 1945.

You later searched for some of your fellow POWs.

It took me 60 years before I could talk about any of that stuff. On the 60th anniversary of being captured, I posted a note on the Internet to see if there was anybody left from those I had been with.

And you found some.

We were reunited in Branson, Missouri, in 2015. The last time we were together had been the day we were liberated. As I was talking with one of the guys, George Landrum, I recalled that farm where we had been camped before going into Germany. When I mentioned waking up to somebody singing “I called and I called, and nobody answered,” George laughed and said, “That was me!” ✯