Slow Living Radio welcomes Frank Ford to tell of the fabulous story of Four Day Weekend’s rise to success, and their new book, “Happy Accidents”. Be entertained and amused in this enlightening interview with host Stephen Andrews. 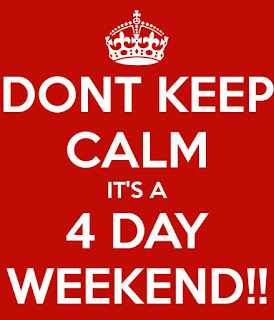 Lessons from two decades of success from one of America’s most prominent improv/comedy troupes, Four Day Weekend 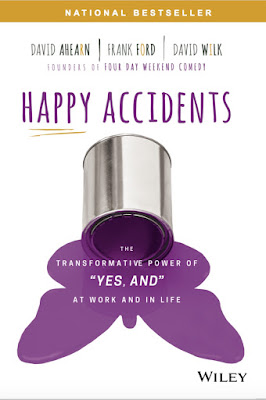 Wiley Publications has announced the September publication date of “Happy Accidents” The Transformative Power of “Yes, And” at Work and in Life.  Written by the co-founders of the improv comedy troupe Four Day Weekend, the book is a way of bringing the guiding philosophies of improvisation to develop successful practices in both interpersonal and business communication.

Drawing from examples gathered over two decades of turning a weekly Fort Worth comedy show into a full-time business that has them traveling the world and serving as Entrepreneurs in Residence at the business school at Texas Christian University, co-authors David Wilk, David Ahearn, and Frank Ford demonstrate how “yes, and” thinking helps improve communication skills, facilitate creative problem solving, and generate new ideas that can refresh and rejuvenate.  From understanding the value of open minded, active listening (the ability to say “yes” to anything and mean it); to a willingness to offer out-of-the-box ideas without prejudgment (putting the “and” into action); to demonstrating authentic respect for the ideas and intentions of others, Happy Accidents shows how the same elements that make for great teamwork on stage prove to be immensely successful strategies in the workplace and board room.

“The philosophy of ‘yes, and,’ worked so well for us on stage,” says Frank Ford.  “We asked, well, what if that was our business model as well?  It not only opened up our ability to communicate within the group, but opened us up to so many different business opportunities.”

One story in the book – about how the group parlayed an under-funded offer from a major company into a positive magazine article that eventually lead to delivering a major keynote presentation to members of the US Congress and meeting the President and performing for the troops – exemplifies how “we use the ‘yes, and’ philosophy to find solutions,” says David Wilk.

“Business books rarely use the word ‘empathy,’” admit David Ahearn.  “But the ‘yes, and’ philosophy helps you as a person.  You look at life differently – you don’t see mistakes, you don’t see obstacles – you see workarounds, choices.  You learn about active listening, how to be a better communicator.”

Four Day Weekend now finds themselves speaking to and presenting their philosophy to businesses, conferences, and political organizations all across the country, and now those same valuable life lessons are available to a general readership in Happy Accidents. 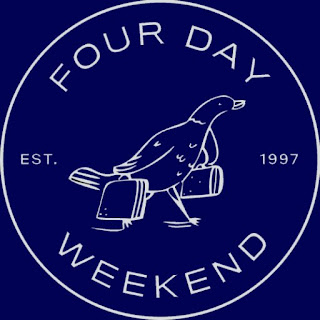 Anyone who has spent any time in corporate America knows that there is nothing more painful than the “annual meeting” or “company awards show” that typically offers nothing more entertaining than an endless parade of stale Powerpoints.  Unless, of course, your corporation has done what hundreds of others have done in recent years – hire the group Four Day Weekend to make that gathering the highlight of every year in your workplace.  As savvy as they are funny, Four Day Weekend has taken the basic improvisational tenet of “yes and” – a philosophy of agreement, collaboration, and enthusiasm for the potential of every moment – and turned it into a workable and profitable business model.  It’s also lead to publishing, television, and even an appearance before congressional leaders.

“We’re the guys who save the awards banquet,” explains David Wilk, CEO and co-founder of Four Day Weekend, which has been entertaining audiences in the Dallas/Fort Worth metroplex for nearly twenty years.  Wilk and his colleagues – troupe members David Ahearn, Oliver Tull, Frank Ford, Josh Roberts, Anthony Bowling, and musical accompanist Ray Sharp - defy the assumption that comedy ensembles can only be successful in New York, Chicago or Los Angeles.  From their home in Sundance Square in downtown Fort Worth, Four Day Weekend has grown into one of the most impressive and lucrative comedy-based organisations in the nation.  They have their own 212-seat theatre with adjoining bar; perform to packed houses in four shows every weekend; run a series of successful comedy/improv training classes; sold a half-hour show to FOX and have even received the key to the city for being Ft. Worth’s greatest ambassadors.  Anyone who has ever believed that it was impossible to make a living out of simply being funny simply haven’t heard about Four Day Weekend.

Perhaps that is what makes Four Day Weekend the ideal troupe to speak at corporate events – whether the assignment is an awards ceremony devised to celebrate success, a national sales meeting, company-wide conference, or hosting incentive trips - Four Day Weekend don’t just show up to provide a few minutes of laughs.   Having founded, managed, and marketed their own business, the hilarious performers on stage are entrepreneurs who can identify with the struggles and challenges that all companies face.
“At the beginning, our goal was just to put on a great comedy show,” remembers Wilk of forming the troupe in the mid-1990s.  “Our long-term goal was to be referred to as the Second City of the southwest, but that wasn’t going to happen until we had a great show.  For a long time, our life was 95% creativity and 5% business.”

Slowly but surely, Four Day Weekend found its audience:  the success of the troupe eventually led to appearances in television, film, and commercials - and bigger and bigger audiences.  Like many businesses, Four Day Weekend discovered that their biggest challenge would be turning that initial rush of success into something sustainable and permanent.  “We decided that we were going to run our business the same way we
run our show,” says Wilk.  “What works on the stage will work off the stage – we are the ‘yes and’ company.”

Students of improvisation understand that “yes and” is the smart improviser’s most important tool and point of focus.  The idea is that in order to see the most interesting possibilities in every moment, one only needs to say “yes and” to what is being offered.  It requires actively listening to your partner on stage, acknowledging and accepting what they are doing as real and important, and then adding onto it.  Experienced improvisers develop these on-stage communication skills by “slowing down” the process of creating, so that everyone’s idea is given equal consideration.  The result is not only effective communication and teamwork, but also a shared responsibility for what is being created – and a collective delight in the possibilities of surprise and inspiration.  “We listen and we retain information and we build on the pertinent information of our partners,” says David Wilk about the philosophy.  “I don’t know what I am going to say until you finish what you say.”

These exercises and techniques, perfected over the last century by theatre artists, acting teachers, and comedy ensembles, have in recent years found critical connections to fields of study such as drama therapy, educational practices, and special needs care – and Four Day Weekend brings the same philosophy to their business and corporate work.  Every member of the team is always ready to embrace and enhance any idea offered to them – even if it is from the outside.   For Four Day Weekend, comedy shows lead to classes when audience members asked if the group offered any instruction – they said yes, and we’ll start them right now.  When someone asked if they wanted to do commercials, they said yes, and they started doing commercials – more than 100 national spots to date.

“It’s important to be ready to see everything as an opportunity,” Wilk explains.  That means being prepared for the benefits that come from success, especially when they are unexpected.  When a magazine article about the group was read by United States Representative Linda Sanchez, she gave the article to Representative John Larson, chairman of the Democratic Caucus in the House of Representatives, saying “We need these guys to work with us.”  Larson then contacted the group to appear at an exclusive DC event designed to build teamwork and communication among elected leaders.  “When he called I thought it was one of the guys pulling a gag,” Wilk admits, saying that he offered a not-so-polite comment about Congress before realizing he was actually talking to a Congressmen.  Fortunately, the comment did not scuttle the deal, and Wilk points to the value of the “yes and” philosophy.  “All of those tenets of improvisation are things we do in our business, and that’s what’s given us all of these different revenue streams and opportunities.”

The proof is in the group’s continued success.  “Three of us put seven hundred dollars into the business in 1997, because that’s all we had,” remembers Wilk.  They haven’t had to raise or contribute any capital since then.  As a result, they are now being approached specifically by businesses and universities that want them to “teach” their own business model, and they recently appeared not as “the hired entertainment,” but as keynote speakers at the United States Association for Small Business and Entrepreneurs convention.  Other prominent companies to benefit from the Four Day Weekend magic include Southwest Airlines, Dish Network, FedEx Office, and American Express.

And while the troupe is dedicated to making the most of their work with corporations and organizations, they still know that the focus is always needs to be in the present moment – whether it’s performing in a commercial or in front of a sold-out house or leading a class of students new to the form.  Rather than pack up their bags and move to Hollywood, the group has chosen to remain close to their roots in Texas while pursuing a national reputation.  “We have no problem pursuing success, but we’ve been able to do so on our own terms,” says David Wilk.  “Every moment of work is simply another chance to look at your circumstances, accept them, and then make your mark.  Just imagine how productive you can be in that work if you never had to worry about hearing ‘no’ again.”