Our guests today are all about the community of Napa Valley, from the arts and education at the iconic Lincoln Theatre, to making chocolates with local spirits in Calistoga, and finally Chef Bob Hurley, a true local talks about the very important Greenbelt and Agriculture Preserve, protecting the valley from urban development. 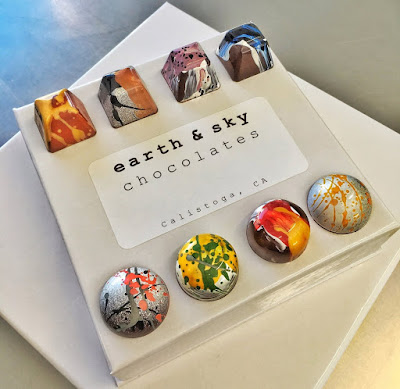 Over the last 10 years, owners Christian Parks and Laura Koerth have developed a highly scientific, yet truly artistic approach, to handcrafting their confections. They closely control every aspect of the process in order to ensure that the product you receive is of the highest quality every time.

This attention to detail means that they are also able to customize their bonbons to pair perfectly with wines, spirits, beer or for a multitude of other applications.
After attending the French Pastry School, both Christian and Laura consulted for Mars/Masterfoods on the rollout of an artisan chocolate concept in Chicago, before deciding to go into business for themselves.  Before attending the French Pastry School, Christian earned his BBA in Real Estate Finance, and Laura studied Fashion Design. 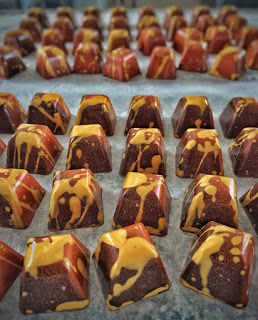 "Our differing educations and experiences, yet similar passions, have allowed us to bridge the scientific and artistic aspects of chocolate making, so that the finished product is beautiful, but tastes even better!"

Director of Operations
The Lincoln Theater

The Napa Valley Performing Arts Center at Lincoln Theater is a comprehensive performing arts center dedicated to the cultural and artistic wellbeing of the Napa Valley.  From presenting world-renowned artists and producing Symphony Napa Valley, to creating and sustaining arts education and access programs in schools and at our theater, the Performing Arts Center is a 501(c)3 nonprofit organization that nurtures the artists and audiences of tomorrow, while sustaining a more vibrant and engaged community today.

Over nearly 60 years, the organization has grown and evolved through three names—Citizens for Regional Recreation and Parks, People for Open Space, and Greenbelt Alliance. Their original mission was to protect parks and recreational areas in the Bay Area. One of the first campaigns focused on was saving the San Francisco Bay from landfill and development.

During the 1960s, they worked to save Bay Area iconic places including Fort Funston and Point Reyes, while raising awareness of land-use issues through a publication called Regional Exchange. In 1969, they changed our name to People for Open Space to reflect our commitment to preserving more than just parks and recreation spaces—including farms, ranches, and wildlife preserves.

Greenbelt Alliance became the first Bay Area environmental group to shift the focus to not just preventing bad development, but also encouraging the right development in the right places.

Napa County has more than 444,000 acres of land under permanent or high levels of protection from development.

Throughout its history, vintners in the Napa Valley have set the highest standard of land use and management designed to preserve the agricultural heritage and way of life. Building on a history of sustainability, vintners continue to demonstrate environmental leadership through programs such as Napa Green Certified Land and Napa Green Certified Winery. 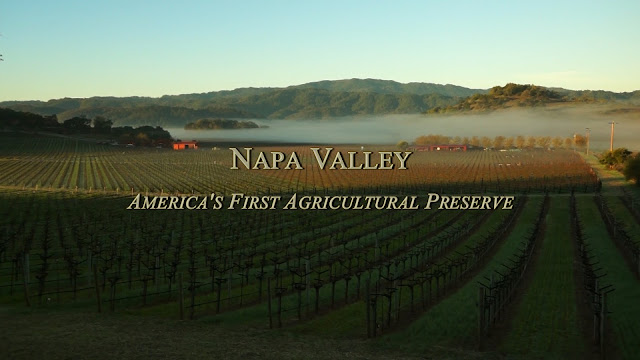 Napa Valley's environmental leadership story begins in 1968, when Napa Valley vintners and others in the community had the forethought to preserve open space and prevent future over-development by enacting the nation's first Agriculture Preserve. This land-zoning ordinance established agriculture and open space as the best use for the land in the fertile valley and foothill areas of Napa County. Initially the ordinance protected 23,000 acres of agricultural land stretching from Napa in the south to Calistoga. Today, more than 32,000 acres are contained within the Preserve.

If the act hadn't succeeded, there's little doubt that Napa Valley would have gone the way of Santa Clara Valley, which was called the Valley of Heart's Delight for its orchards and vines long before it became a symbol for technology and urban development. Without the Ag Preserve, a major divided highway would run through what are now some of the world's finest vineyards, and Yountville, St. Helena and Calistoga would most likely be a sea of housing development and their quaint downtowns would be bypassed and largely unused.

For more information about the Napa Valley Agricultural Preserve and how it defines land use in Napa Valley, view the video below and read this Napa Register newspaper article written to commemorate the initiative's 40th anniversary in 2008. 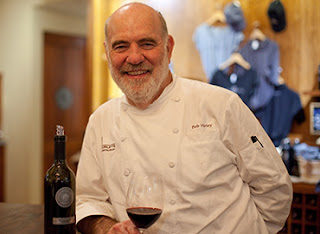 About Bob Hurley
Chef Bob Hurley is a world traveler and a devotee of the culture, cuisine and lifestyle of many other countries. His years of trekking and working around the world provide the basis for his theory that Napa Valley is no longer a melting pot of cuisines from the rest of the world; but they have come together to create a Napa Valley regional cuisine.  Chef Hurley says that concurrent with the development of the Napa Valley’s prestigious wine industry, the origins and methods of local cooking have changed.  Prior to the wine industry’s rise to prominence, cuisine of the Napa Valley was often prepared using methods defined by the limitations of experience.  Then with the success of the wine industry, its corresponding tourism and the plethora of cooking schools, the food of the region has become influenced and includes the tastes of Asia, Europe and Mexico, as well as other regional and ethnic areas of the United States.

Since Chef Hurley began cooking professionally more than 30 years ago, he has always had a strong belief that the use of regional, seasonal ingredients is important on many different levels.  It promotes sustainability, showcases local producers and provides the finest dining experience to the customer.  He says that the Napa Valley is particularly blessed with a wide range of such products, from produce and meats to fish and fruits, as well as artisanal breads, cheeses, oils and much more.  This philosophy is a guiding light behind the menu development at Hurley’s Restaurant.
Posted by Slow Living Radio at 5:20 PM