Slow Living Radio celebrates the success of 2 gentlemen who are working to bring healthy change to America. The Frenchman, Chef Alain Braux, works to educate people on healthy eating, Paleo style, and fighting the GMO battle.  The Austrian, Valentin Humer and his wife, Nanette, work in a more practical way, creating Grapeseed Oil and Flour, both with marvelous health benefits. 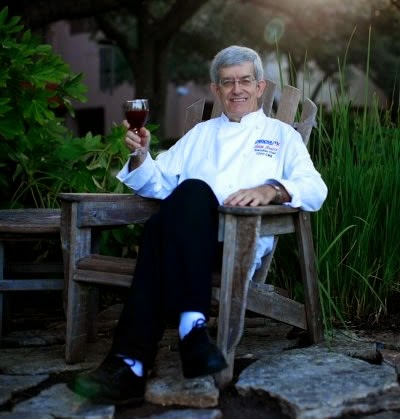 Chef Alain Braux is an award-winning chef (two gold and three silver medals) and award-winning food and health author. Chef Braux has worked in the food industry for more than 40 years. He is a Certified Executive Pastry Chef with the American Culinary Federation and a Certified Master Baker with the Retail Bakers of America. He earned a Bachelor of Science degree in Holistic Nutrition and is also a Macrobiotic Counselor.


Chef Braux currently lives in Austin, Texas, where he is the executive chef and nutrition therapist at Peoples Pharmacy in Austin, TX, as well as running his health food consulting private practice at A Votre Santé – To Your Health.


Chef Braux started his training in France at Confiserie Pâtisserie Auer in Nice, France. He then decided to improve his skills at some of the highest-rated hotels, restaurants and pastry shops of Europe. He refined his trade at Grand Hôtel du Cap d’Antibes near Cannes, France; the Moulin de Mougins inMougins, France; the famous Lenôtre in Paris, France, and Pâtisserie Wittamer in Brussels, Belgium.


While in Paris, he was offered his first U.S. job at Dumas Pastry Shop in New York, New York. He then held the Executive Pastry Chef position in various companies such as Délices la Côte Basque in New York, New York; Lenôtre Paris Inc. in Houston, Texas; The French Hearth Bakery and Café in Sarasota, Florida, and Texas French Bread in Austin, Texas.


In 1988, Chef Braux opened his own business, Amandine French Bakery and Café, in Austin, Texas. Amandine Bakery was written about in numerous publications including the New York Times, Texas Monthly, the Austin American Statesman andthe Austin Chronicle, and won a few “Best of Austin” awards over its 10-year lifetime. Please check Google to see copies of these articles.


After closing Amandine, Chef Braux found a new home at the Barr Mansion for his elegant cakes and fine pastries. Chef Braux then became the Pastry and Baking instructor for the Culinary Academy of Austin. Currently, Chef Braux is the Executive Chef and Nutrition Therapist at People’s Pharmacy in Austin, Texas. 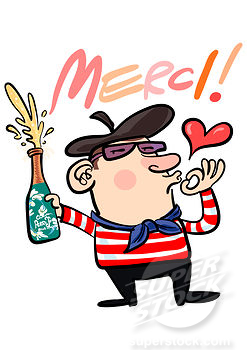 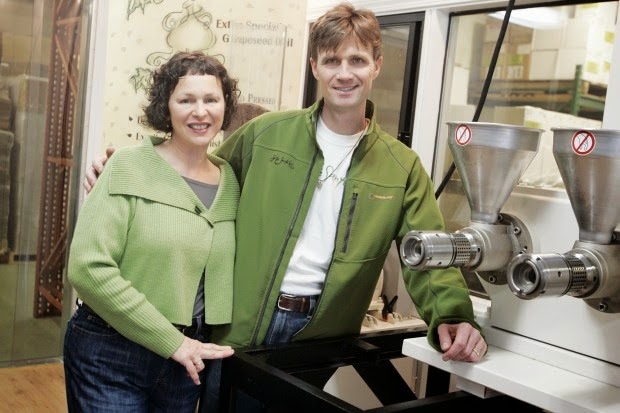 Trained in his home country of Austria, European chef and hotelier Valentin Humer is the force behind Food & Vine Inc and the American grapeseed oil industry.


For the past 15 years, Humer and his wife, Nanette, have championed grapeseed oil, a versatile and ecologically sound product that is made from the seeds of grapes after wine is pressed. A healthy alternative to vegetable oils, grapeseed oil is high in antioxidants, low in saturated fat and has been known to improve cholesterol. In 2008, Humer earned Green certification for Food & Vine Inc. from Green America. As a by-product of the wine industry, there is no need for hybrid or genetically engineered crops, nor does it require new farmland, crops or water to produce grapeseed oil. 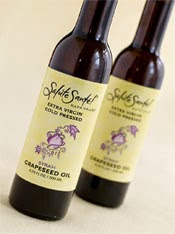 The Humer’s vision has come to fruition as they continue to forge an industry for the healthy, unique product. In addition to producing the highest quality natural grapeseed oil, Food & Vine, Inc. has created five award-winning flavored oils, each of which is infused with all-natural, fresh herbs and spices: Basil, Lemon, Chili, Rosemary and Roasted Garlic. The company has also launched single varietal oils and a new gluten free flour made from the crushed seeds.


And for a full story on the company click here.
And an interesting research article on Grapeseed Flour!  Click here. 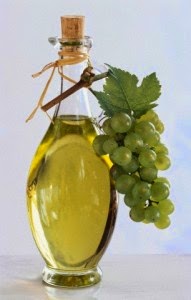