11/4 - Twenty Years of One Market Restaurant - A Celebration with Chef Mark Dommen and his Food and Wine Friends.

Slow Living Radio celebrates the 20th anniversary of One Market Restaurant in San Francisco with Chef Mark Dommen.  He brings with him two guests who have become a part of the One Market family with their food and wine.  Valentin Humer creates a range of Grapeseed Oils that Mark incorporates throughout the menu, and Jamey Whetstone is the founder and winemaker at Whetstone Wine Cellars who are proud to be showcased on the restaurant wine list.  Sit back and be inspired by these very entertaining guests. 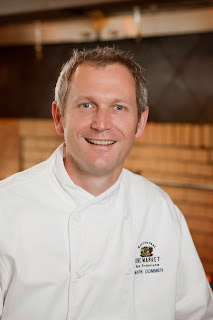 Chef/Partner Mark Dommen is a unique talent who has spent more than 20 years in the kitchen. After years of classical training with some of the world’s most eminent culinary masters, Dommen’s move to head One Market Restaurant in 2004 marked his exciting return to the San Francisco dining scene. His modern take on American cuisine earned the restaurant a 3 ½ star review from San Francisco Chronicle critic Michael Bauer,  Dommen was named a 2007 StarChefs.com “Rising Star,” and the restaurant has held a consistent presence on the Chronicle’s “Top 100” restaurant list.


Dommen’s contemporary, seasonal American fare developed through his work in some of the world’s most distinguished restaurants. His career began at Fleur de Lys in San Francisco, where Chef Hubert Keller became Dommen’s mentor in the art of contemporary French cuisine. Dommen later spent four years in New York, honing his craft with one of his largest influences, Gray Kunz at Lespinasse and also with David Burke at Park Avenue Café. By the time he opened Palladin as Sous Chef for the legendary Chef Jean-Louis Palladin, his immersion in the art of French cuisine was well advanced. Dommen was next invited to join Julia’s Kitchen in Napa Valley as the opening Executive Chef. While he was at the helm, the restaurant was named one of Esquire magazine’s “Best New Restaurants.” 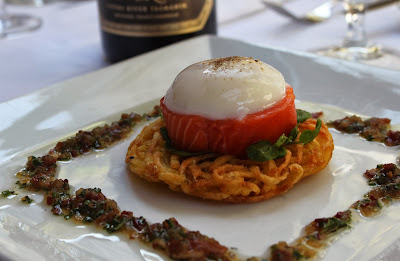 Dommen describes his approach to cooking as “blending the freshest, seasonal ingredients from California, while using the classic French techniques I have honed from my previous experiences.” His seasonally changing menu includes inventive farm-fresh dishes such as Lightly Smoked Tasmanian Trout Mi Cuit with potato rösti, organic chicken egg and pancetta vinaigrette; Dungeness Crab with green apple water and jalapeño sorbet; and Bacon-Wrapped Pork Tenderloin with dandelion “persillade,” salsify and natural jus. “I truly enjoy experimenting with the freshest of produce, seafood and meats to create entirely new and unexpected dishes,” says Dommen. “I make a point each day to ensure that the menu is a reflection of the finest raw materials prepared in a unique, delicious and artistic way.”


Some of Dommen’s favorite dishes to make when not in the kitchen at One Market Restaurant include pizza and barbecued beer-can chicken cooked over apple wood chips. He lives in Napa with his wife and two daughters and enjoys skiing, golf and fishing in his spare time. 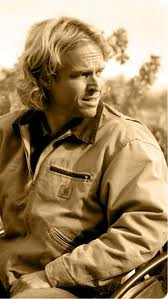 Award-winning Napa Valley winemaker Jamey Whetstone crafts outrageous wines and quests.   Jamey grew up in the deep, deep Southeast. Before his restaurant career could grind all the sweet edge off life—like surfing and, well, living—Jamey quit and turned his enthusiasm for wine into a life where working and passionate edge are one in the same. From the bottom rung as a “cellar rat” at Turley Wine Cellars, Jamey quickly found his footing in the wine world. He became assistant winemaker at Turley, worked at one of Burgundy’s leading wine houses, Domaine Dujac, planted 30 acres of hillside vineyard, learned Spanish, became a pilot, founded Whetstone Wine Cellars and Whetstone Consulting, and co-founded Manifesto! Wines. His wines have been praised by the likes of Eric Asimov from The New York Times, Food & Wine, Wine Spectator and acclaimed critic Stephen Tanzer.


Jamey’s journey of winemaking is a perfect blend of insider and outsider, connecting with many of the world’s wine greats and top chefs, garnering critical praise.  All along the way, he’s never lost his connection to the down-home, man-of-the-people values he learned in the South.

Though he might not look the part, beneath Jamey Whetstone’s sun-bleached curls and laid-back exterior beats the heart of a serious winemaker. A surfer and native of Charleston, South Carolina, he developed his palate eating all manner of homegrown, home-caught, and home-cooked Southern food.  Working in some of the city’s best restaurants, he also learned to love wine. Today, he makes excellent Pinot Noir, Syrah, Viognier, and Chardonnay under his own Whetstone label, as well as some very affordable blends under his Manifesto! label. And while he still surfs on both coasts as often as he can, it’s his wine that’s now making waves.

Whole Foods recently featured Manifesto!’s Sauvignon Blanc as one of its Top 10 wines. Asimov spun Jamey’s Manifesto! label slogan as “Simple Wine in a Complex World” in May 2009 for his column “The Pour.” NBC’s Today premiered Manifesto! as a 2009 Holiday Wine to buy. Jamey has also recently been featured in Wine & Spirits and Food & Wine, which also launched their iPad app highlighting Jamey as their star winemaker. 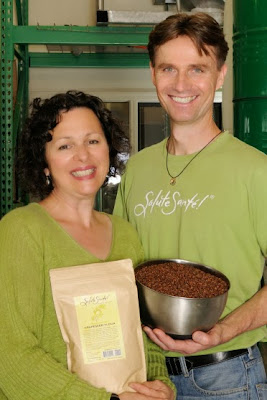 Trained in his home country of Austria, European chef and hotelier Valentin Humer is the force behind Food & Vine Inc. and the American grapeseed oil industry. For the past 15 years, Humer has championed grapeseed oil, a versatile and ecologically sound product that is made from the seeds of grapes after wine is pressed. A healthy alternative to vegetable oils, grapeseed oil is high in antioxidants, low in saturated fat and has been known to improve cholesterol. In 2008, Humer earned Green certification for Food & Vine Inc. from Green America. As a by-product of the wine industry, there is no need for hybrid or genetically engineered crops, nor does it require new farmland, crops or water to produce grapeseed oil. 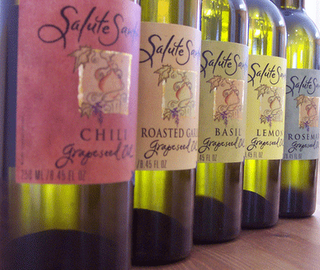