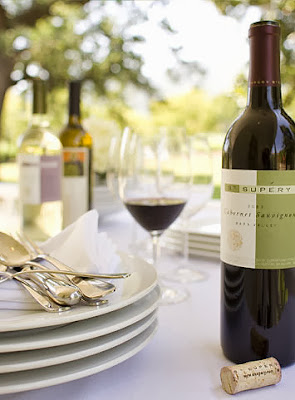 Scott Tracy started his wine buying career at restaurant Café California when he
was 26 years old. The restaurant was unique at the time for its exclusive
commitment to California wine. Tracy introduced many of the first efforts of new
wineries like Joseph Phelps, Trefethen, Shafer, Vichon and Calera to his guests.
From the beginning of his 30-year career in fine dining restaurants to the present
day, Tracy has been charming the public to try something new.
﻿

﻿
In spring of 1995, The Mondavi Winery had invited ten wine buyers, five from Los Angeles and five from San Francisco, to Napa Valley to discuss the trends of wine sales in fine dinning restaurants. Tracy, considered one of the important “voices” in Los Angeles, was invited to be one of those five.

In 1996 Tracy, with two friends, opened a neighborhood restaurant on Pico Blvd in Santa Monica with the tiny nut of $80,000. Tracy used a bit of Napa-inspired hospitality to gain friends and influence people, he greeted every customer with a taste of wine from the restaurant list. Many Angelenos tried Grenache, Viognier, Roussanne and Syrah for the first time at 2424 Pico, and within the year the restaurant was making top ten restaurant lists and Tracy was highlighted in a major article in the Los Angeles Times on the five best sommeliers in the city.

Another of the other invitees of the group of ten that visited Robert Mondavi in 1995
was Chef Ken Frank. In 1998, Frank offered Tracy the opportunity to move to Napa
Valley and open La Toque Restaurant in Rutherford. Tracy matched wine to chef
Ken Frank’s cuisine for thirteen years. In the August 23, 2002, the Wall Street Journal's,
Dorothy Gaiter and John Brecher devoted their wine column to La Toque’s
successful food and wine parings. The 2010 San Francisco Michelin Guide
highlights Tracy’s skill in the review of the restaurant, a praise normally reserved for
chefs exclusively, noting, “Some might argue that Scott Tracy, who weaves an
engaging story around each selection, is the best wine director in Napa Valley.” 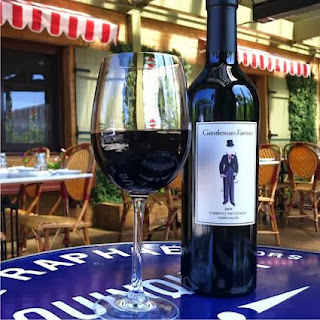 Tracy produces Gentleman Farmer Napa Valley Cabernet Sauvignon with his
partners. Jason Moore is the winemaker. Just over 800 cases were produced of the
2009 vintage. Tracy sources the fruit, crafts the blend, then knocks on doors and
charms the public to try something new. James Laube’s description of the 2006
Cabernet Sauvignon -- “Bold, ripe and full bodied, with lively black and wild berry,
plum and spice notes that are tightly focused, intense and concentrated, ending
with a long full finish and a hint of earthiness.”

For more information on winery pairings and events at St Supery, visit: http://www.stsupery.com/visit/StSupery_September_Available_Offerings.pdf 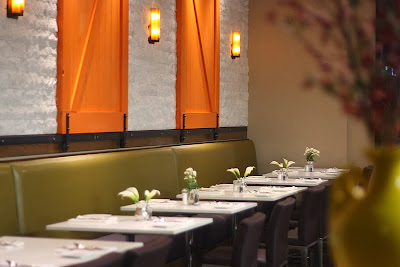 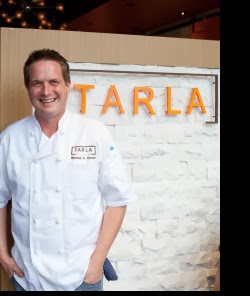 Chef Powell has worked with some of the most respected chefs in the United States as well as received the highest local and national accolades. He has been published in both local and national press including Bon Appetite, Restaurants and Institutions and the New York Times.

Inspired by his Greek grandfather, Powell decided to become a chef at the age of seven.  At 10-years-old, he wrote a three-page letter to The Culinary Institute of America (CIA) requesting application for the school.  It was at this very young age that he determined his future was destined to be in food.  From that day forward, he pursued his dream with great passion and determination.  He went on to attend the CIA and was awarded their highest honor, The Frances L. Roth award, for outstanding performance throughout the duration of the culinary arts program and received one of its largest culinary scholarships.  At the age of 23, Michael was chosen to compete in a national competition where he placed second in his region for best young chefs in the United States under the age of 27. 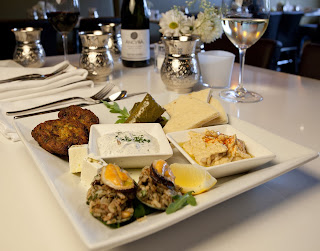 Powell's professional repertoire encompasses experience in many of the best restaurants from coast to coast.  He has cooked for national and international leaders, royalty, and some of the most recognized celebrities in sports and entertainment. He has spent his life doing what he loves and his passion is evident. As a lifelong student of his craft, Powell's greatest accomplishment is the ability to make people happy by sharing what he loves; in the kitchen, dining room and community. Powell has always believed that possessing a gift delegates great responsibility and the commitment to give back. As of August 2012, he has raised over $85,000 for various charities that benefit those most in need.


"The greatest mistake a man can make is underestimating the potential of another human," said Chef Powell. "I learn from everyone I work with - from my sous chef to the dishwasher. If you don't consistently learn from those around you, then you will never know who may inspire you, inspire the food or be that next shining star."

Yusuf Topal, owner of Tarla, has announced the opening of their second restaurant, Napkins Bar and Grill. It’s an ambitious restaurant planned for the former Peking Palace on the corner of Second and Main in downtown Napa. They recently received the go-ahead from the city to build a patio on the sidewalk that will offer views of the Napa riverfront. Napkin will have a full bar and stay open until 2 am. 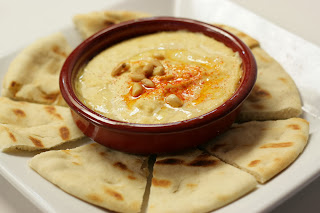