This week, Slow Living Radio welcomes iconic chef, Greg Cole, whose restaurants have helped shaped the Napa dining scene.  From the beautiful Celadon, snuggled behind the Napa River Inn, to the rustic and popular Cole's Chop House on Main Street, to his local radio show, Greg has become a Napa household name. Greg brings with him two guests who have helped him forge his path and provide him with the materials to make his menu and wine list of amazing quality - Mike Weinberg-Lynn of Osprey Seafoods (also coincidentally Sally's favorite Seafood supplier), and Byron Kosuge of B. Kosuge Wines. 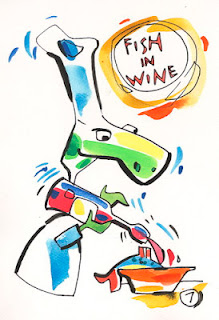 However, we begin our show with "Sally's Roaming Tales" as she brings a taste of her trip to Australia - read her travelogue blog following!  To begin, the wonderful and welcoming Qantas flight and her first night at the Sir Stamford Court Hotel in Circular Quay, Sydney! 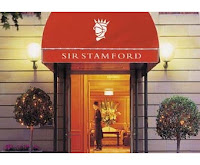 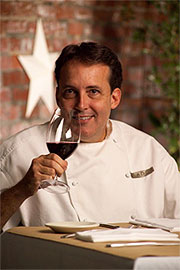 Greg’s love of food and wine has created two of the most highly respected restaurants in the Napa Valley. A graduate of the Culinary Institute of America at Hyde Park, he came to the Napa Valley in 1985 to work with Chef Philippe Jeanty in the kitchen of Domaine Chandon. In 1990 Greg’s passion for wine led him to join the winemaking team of Robert Sinskey Vineyards. In addition to cellar work, he promoted wine sales throughout the country, and cooked and hosted dinners pairing food and wine in top restaurants and cooking schools nationwide.
In September of 1996 Greg and his wife and business partner, Beth Fairbairn, opened the award-winning Celadon restaurant in downtown Napa. Celadon pioneered the fine dining scene in the city of Napa with Chef Cole’s style of 'Global Comfort Food'. Local and national acclaim followed and in 1998 Greg was selected as one of the 24 "hottest young chefs" in America by the Wine Spectator. Celadon received a three star rating in the San Francisco Examiner and four stars in the Santa Rosa Press Democrat. USA TODAY selected Celadon as one of the 'ten great places to dine at the bar'. Celadon has received the Zagat Survey "Award of Distinction" and has been a Wine Spectator "Award of Excellence" recipient for its innovative and food-friendly wine list since 1997. In the summer of 2002 Celadon moved to a larger location in the Historic Napa Mill, one of downtown’s restored riverfront jewels. 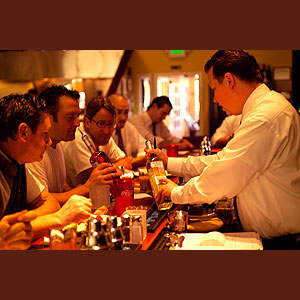 Greg is the host of "Today in the Wine Country," a local radio show covering food trends in the wine country and beyond. The show airs Tuesday mornings from 9:00 to 10:00 a.m. on Napa’s KVON 1440AM. Chef Cole won KVON’s 2006 Best of Napa and Sonoma Valley award for ‘Best Local Chef’. He is a guest chef on Karen MacNeil's new PBS series Wine, Food and Friends. The nationally syndicated program features Chef Cole preparing dishes paired with wines chosen by MacNeil, Culinary Institute of America at Greystone wine educator and author of The Wine Bible. Greg and Beth were honored with the Napa Chamber of Commerce 2005 Business of the Year Award for Celadon and Cole’s Chop House.

Greg’s commitment to the community is evidenced by his support of many local charity events. Cole’s Chop House was one of ten local restaurants chosen to prepare dinner for Wine Auction Napa Valley 2005. The event was one of the most successful in its history. Other causes supported by Chef Cole’s establishments are: American Red Cross, Jewish Home of San Francisco, American Cancer Society, Queen of the Valley Hospital, Community Health Clinic Olé, Children’s Hospital Oakland, Boys & Girls Club, and numerous local public and private schools.

Greg resides with Beth and their two children in downtown Napa.


As a physiological psychology graduate from UCSB, Mike looked forward to a professional future in the laboratories of the Bay Area.  Newly married and with high hopes, he moved his family to the Haight Ashbury neighborhood of San Francisco only to find a hiring freeze up and down the peninsula.  After several months of selling wedding presents to make rent, his life took one of those turns. 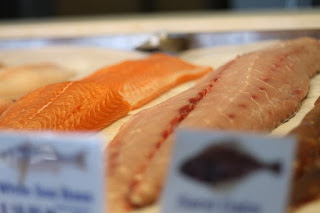 Upon a chance meeting with a neighbor who owned the fish store across the street, Mike begged for any job at all.  The neighbor, Peter Bird, hired Mike as a driver for $5 per hour.  It was September of 1983 and Mike fell in love with the business from the very start.  As he learned the day-to-day operations, his passion for fish and the people who worked with it grew.
In December of 1986, Mike excitingly took the plunge and purchased a major share in Osprey Seafood.  By 1989, Mike invested all he had in Osprey Seafood and became the sole owner.  Since then, Mike’s goal to serve the entire Napa Valley area has resulted in the retail store at Wine Country Avenue.  29 years later and he still loves fish. 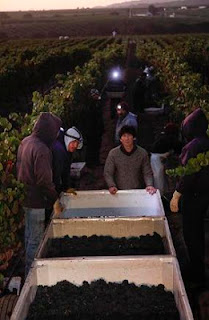 Byron was born and raised in the Central Valley town of Davis, California. His late father grew up on a farm in Colorado before moving to California and becoming a university Biochemist, so there was farming in his blood. Byron first studied English and American Literature for several years before settling on wine as a vocation.

The first fifteen years of his winemaking career were spent making wine at Saintsbury in Carneros, where the Pinot “bug“ first bit him and he started the lifelong process of learning the intricacies of the grape. After leaving Saintsbury in 2001, he have continued to make Pinot Noir and Chardonnay for Miura in California and, most recently, for a new Pinot Noir/Syrah project in Casablanca, Chile named Kingston Family Vineyards.

In 2005 and 2006 Byron started a couple of small new Pinot-centric projects in the Santa Lucia Highlands of Monterey County. He is most comfortable knocking around in the vineyard or the cellar, trying to improve the craft, and turning out modest amounts of interesting, expressive, and, hopefully, memorable wine. The kind of wine he wants to drink himself.