This week we learn some of the secrets of the very succesful food and wine programs of the iconic San Francisco Mandarin Oriental.  From the beautiful Silks resaurant with Executive Chef Rick Bartram to the frequent and exciting wine dinners and events run by the hotels prolific Director of Food and Wine, Nicole Kosta.  We'll also get a first hand opinion from Winemaker Matt Dicey of New Zealand's Mt Difficulty who has the privilege of having Chef Bartram design a menu to pair with his wines for one of the hotels wine dinners. 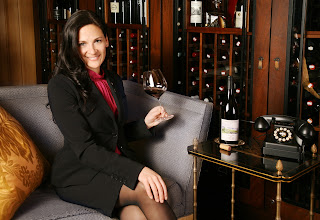 San Francisco Mandarin Oriental
Nicole was born in Adelaide, Australia, not too far from well known wine regions Barossa Valley and Mclaren Vale to name a few. Becoming passionate about wine there in the home of wineries, such as Penfolds and Henschke, her training and interest grew while working in fine dining and premier client events at the Adelaide Casino.
She graduated from University of Adelaide, with a degree in organic chemistry, but she was way too energetic to work as a scientist in a laboratory, so she found herself interviewing to get back into the hospitality industry.
It was in Omaha, Nebraska that she landed her first restaurant management position where she was promoted to General Manager within one year and awarded “General Manager of the Year” that year. Life changes led Nicole to Cleveland, Ohio where again her focus became wine. She became aware of the opportunity to work under Master Sommelier Madeline Triffon in Detroit, where studied and obtained her Sommelier Certification.
After two years with Madeline she was recruited to work for an amazing company, “Fleming’s Prime Steakhouse & Wine Bar”, in Livonia as their Wine Director. Her outstanding dedication to the 100 wines by the glass program, accolades and awards, wine education, and inspiration of not only her staff but a regular following of wine advocates got her noticed.
She was immediately sought after and recommended to come to the Mandarin Oriental Hotel in the fine city of San Francisco. As Food & Beverage Director and Wine Director of award winning Silks Restaurant and MoBar, as well as the other outlets in the hotel, she plans to continue to inspire and evolve this already fantastic wine program, and expand on what this great property already has to offer.
Rick Bartram
MANDARIN ORIENTAL, SAN FRANCISCO EXECUTIVE CHEF
Rick Bartram, Executive Chef at Mandarin Oriental, San Francisco is originally from England. He graduated from London’s famous culinary school, Westminster College and has since accumulated over 20 years of experience in luxury hotels and restaurants in London, South Africa, Vietnam and Bermuda. 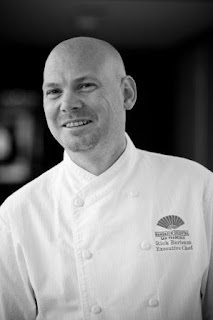 Most recently Bartram was Executive Chef at our Mandarin Oriental’s Elbow Beach Bermuda. He has been with Mandarin Oriental Hotel Group properties for nine years including the Mandarin Oriental Hyde Park, London.
Inspired by his global travels, Bartram references his diverse culinary experiences with influencing his use of organic ingredients combined with creative techniques that bring foods back to its simple roots.
In 2008, Bartram won the Goslings Cup for the “Best Bermuda Fish Chowder”, as a first time entrant, and the United States Meat Export Federation’s 8th Annual Caribbean Competition cook-off in Mexico City. In 2009, Bartram took part in the world’s largest chowder competition, the “Great Chowder Cook-Off” in Newport, Rhode Island and won the Goslings Cup for the second year running.
About Mandarin Oriental, San Francisco 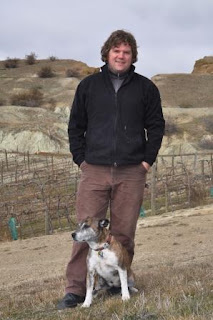 Winemaker / General Manager
Mt Difficulty Wines
Matt has a lifelong association with the wine industry, and is a fourth generation vigneron. This association was formalised through gaining a Masters Degree in
Oenology and Viticulture. He has been involved in winemaking for the past 14 years, four of which were spent gaining experience overseas. He returned to Bannockburn in 1998 to try his hand at the ultimate winemaking challenge – making the best wines possible in a region with infinite potential. Matt has made Mt Difficulty Wines since 1999.
Posted by Slow Living Radio at 2:06 PM