Slow Living Radio showcases two successful San Francisco residents, Greg Sullivan of AFAR Magazine and Chef Suzette Gresham of Acquerello Restaurant, who each bring a taste of Slow Living to those they touch.


Greg Sullivan helps us to learn how to travel within a culture, rather than from outside, with his terrific magazine and multi-media company, AFAR.  You’ll learn about exciting new destinations, products and how to make the most out of your travel experience, while Chef Suzette Gresham shares the magic of Acquerello Restaurant and an insider's look at the renowned Slow Food Festival in Italy. 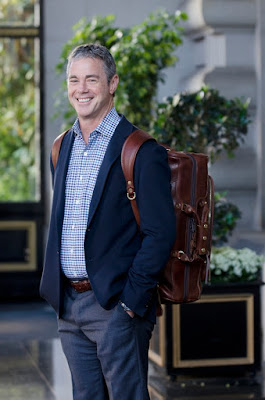 Greg started his career as a corporate securities attorney and later an investment banker before launching a series of successful entrepreneurial ventures. In 1989, he started a business designing and manufacturing international arcade games, including the world’s largest selling coin-operated basketball game. After selling that company, Greg led a car retailing and finance company, growing it into a $750-million operation with 76 dealerships across the country. After selling his interest in that business in 2006, Greg began traveling the globe, searching for his next entrepreneurial opportunity.   While on a trip to India, Greg and AFAR's co-founder Joe Diaz realized that there was no media voice for cultural explorers, those seeking to broaden themselves by going beyond the typical tourist haunts and connecting deeply with local people and places. Thus was born the inspiration to launch AFAR Media, a media company focused on experiential travel that helps people experience every destination as local residents do.

AFAR Media is a new multi-media company developing a series of complementary media, products, and services for people interested in experiential travel. Their mission is to inspire and guide those who travel the world seeking to connect with its people, experience their culture, and understand their perspectives. The company will pursue this mission by seeking to capture the true essence of experiential travel: connection between the traveler, a place, and its people.
﻿


The Values of AFAR
AFAR Media will adhere to the following values of experiential travel: Explore from the inside looking out. Provide a sense of cultural immersion. Offer the unexpected. Touch on a range of emotions. Be genuine, real, authentic. Promote connection. Feed the curious. Respect the earth and its people.  Celebrate global diversity. 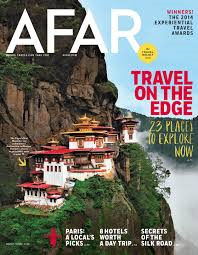 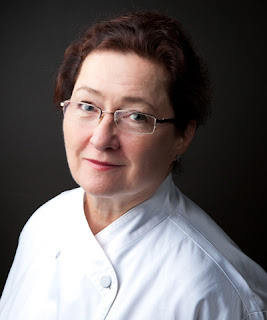 Born in California, of French heritage, Suzette holds several degrees including an A.S. and A.A. She is also an Honors graduate from a Culinary Apprenticeship Program. Having achieved many “firsts,” Suzette was the first female Chef’s Apprentice to accompany the U.S. Culinary Olympic Team to Frankfurt, Germany in 1980. She was also the first to return four years later, as an individual competitor, to win a Bronze medal of her own.

After being the first Junior Member of the local ACF chapter, “The Chef’s Association of the Pacific Coast,” and Chairman of the same group for three successful terms, she was elected to the Board of Directors, and held various positions.

Suzette has been the recipient of many awards in the Culinary Arts Competition arena. She was honored in San Francisco with a Grand Award, and a Best of Show in Tucson, Arizona. One of few women to be elected “Chef of the Year” by the local ACF, she also is the holder of the prestigious Antonin Careme medal. Most of her experience had centered around hotels and airlines, until she met her current partner, Giancarlo Paterlini…and together they opened their restaurant, Acquerello, in July of 1989.
Suzette’s style of cuisine showcases Italy’s simple but elegant approach to time-honored, traditional dishes, as well as the more modern, interpretive applications. Acquerello has received much recognition for its fine Regional Italian cuisine, expansive wine list, and attentive service. The restaurant has received 2.5 stars out of a possible 3 in the San Francisco Chronicle, as well as a rave review by Carolyn Bates of Gourmet Magazine. In the March 1997 issue of Wine Spectator Magazine, Acquerello was named the number 2 Italian restaurant in the United States.


Now in its 25th year, Acquerello continues to stay in the front line of evolving cuisine. The restaurant was featured on Check, Please! Bay Area in April of 2009, and has continued to receive outstanding reviews from many publications, including Zagat, San Francisco Magazine, and Bon Appetit Magazine. In August of 2009, Michael Bauer of The San Francisco Chronicle wrote a memorable piece in honor of the restaurant’s 20th anniversary. Finally, in October of 2007, Acquerello received its first Michelin Star, and remains a Michelin starred restaurant today. Acquerello is only one of eleven restaurants that have been continuously in the Chronicle’s “Top 100 Restaurants” since 1997.

After more than 25 years of cooking, Suzette enjoys teaching and has been involved in Draeger’s Culinary Center, Williams Sonoma and graduated over 50 externs through her own kitchen.  Her articles and recipes have been featured in various magazines, including an article on Italian style ragu in the November 2000 issue of Fine Cooking Magazine. She is a contributor to several cookbooks, and has packaged a series of Crostini toppings for the retail market. Suzette has also performed as a Guest Chef aboard the Seabourn Cruise line, and was featured at Kapalua Bay Wine and Food festival, Liguna Nigel Ritz Carlton, Pelican Hill Resort, and the San Diego Bay Wine and Food festival.

Acquerello, a long time supporter of Meals on Wheels, Share Our Strength and many  other individual fundraisers, continues to support the local community.

Suzette’s interest in stewardship and sustainability of all food sources has led to her recent attendance, in October 2010, at Terra Madre, in Turin, Italy. Whether gathering eggs or herbs from her garden, Suzette’s goal is to grow great culinarians and provide an excellent dining experience for her guests.

Posted by Slow Living Radio at 8:20 AM